This unusual car was called a Stiltmobile and was built by the Eskimobile Co. 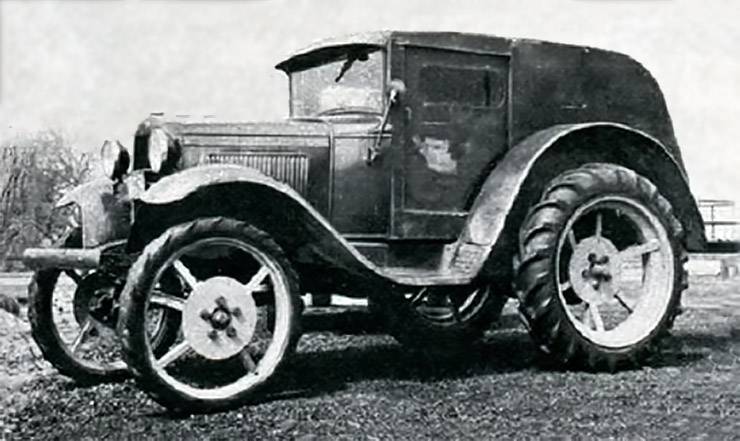 During the late ’20s and early ’30s, when most roads were unpaved, Eskimobile made quite a few of these mud-loving machines.
–
The original machine was made about 1922. It was first manufactured in a little town in middle-western Wisconsin by two brothers, John and Henry Swansens. When the original Eskimobil was planned, these men had in mind to make a machine that could be used for all kinds of work and pleasure.

The Stiltmobile was equipped with greatly enlarged wheels, elevated fenders and a specially designed body. Mounted on a Ford Model-A truck chassis were four tractor wheels to give the vehicle additional road clearance and power in low speeds. Some even came equipped with ‘paddles’ that the motorist would attach to the wheels to help pull the Stiltmobile out of sticky situations!
– 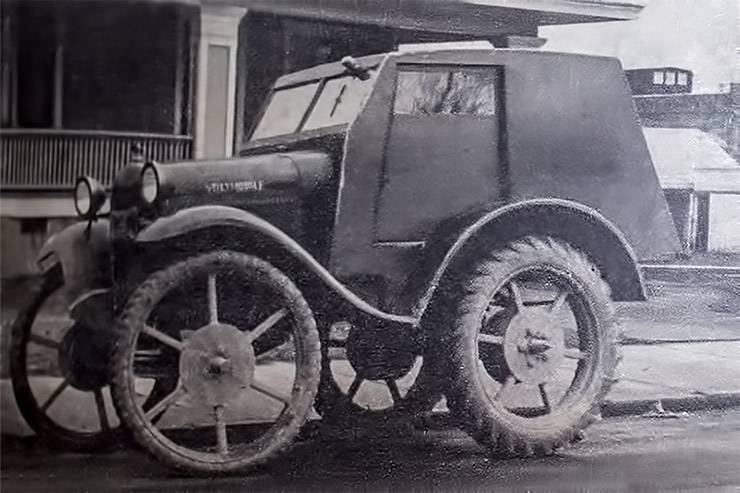 The Stiltmobile in the picture above carried the mail out of Texico, Illinois, for seven years and the mail went through some hail, snow and mud.

The odd-looking machine is said to travel 20 to 30 miles on a gallon of gasoline. For ordinary transport purposes, the large wheels and elevated fenders can be removed and replaced with conventional tires. 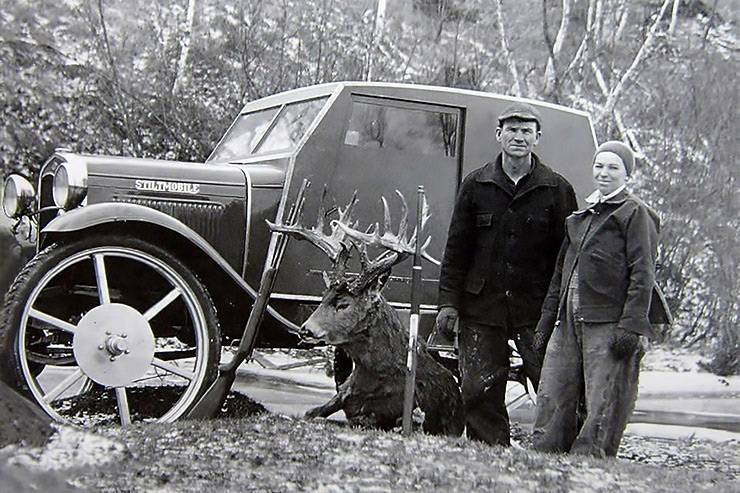 The picture of the Stiltmobile above was taken in a wooded area near Almena. This picture is of Mr. and Mrs. Homer Person and their record kill in big bucks.

Many of the mobiles were sold in Illinois, but also in Minnesota, Ohio, Iowa and Canada, and we have heard of one in Arizona…