Are you ready for insanity? Watch this backyard inventor show off his bizarre quad-turbo 2JZ drift car. 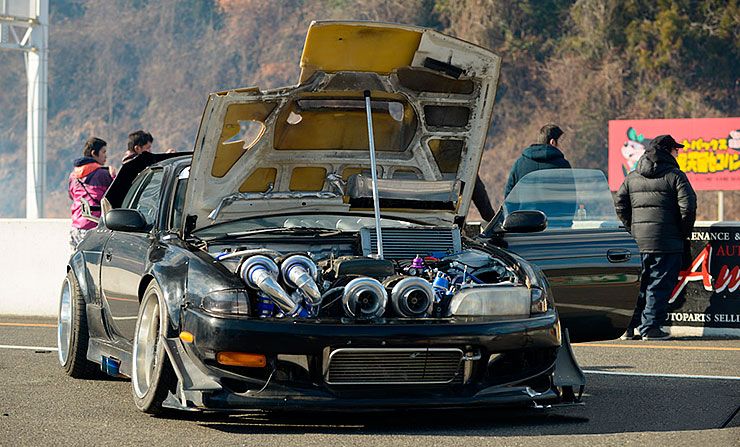 This car is not just a myth, it’s an amazing concept. It is going to be one the baddest and the craziest drift weapons you will ever see on the track. When you see it you will definitely fall in love with it. Let’s have a look at what you need to get one like this – one Nissan Silvia, you will have to fit a 2JZ engine under the hood. After that you will have to strap four turbos on and finally give that monster a wild exterior design. 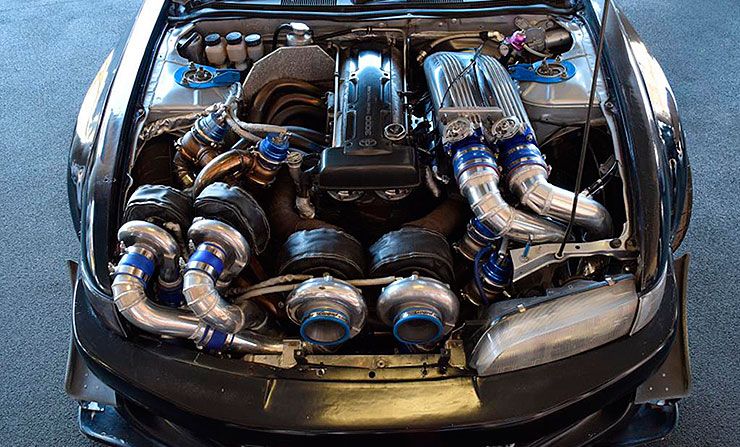 Caroline Racing is the team standing behind this mad S14. They setup the car, so the two smaller turbos are working at the very beginning. The larger turbos are taking over at higher speeds while the smaller are feeding them during this time.
– 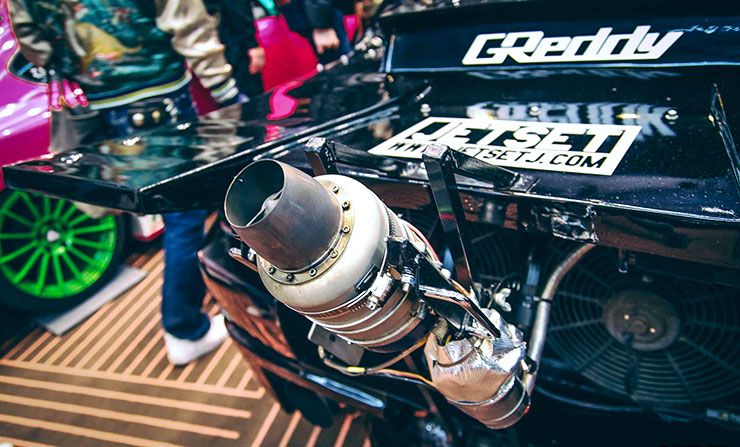 If the quad-turbo S14 doesn’t already sound overly-complicated, it has one more trick up its sleeve: a miniature jet engine on to increase downforce on the spoiler.

The team is also planning to fit a fifth turbocharger. Seriously? It sounds insane. Takuro Watanabe is the owner of this drifting machine with quad turbo setup. In the below video we are going to see his first ride with this setup. The idea was to tune the car but putting some show was necessary.

The guy behind the quad turbos car is actually a popular and well-known person. Some time ago he intended to turn a Pontiac Fiero-based replica of Ferrari F40 into an RB26-powered drift car. His first project which get a lot attention was cut and shorten a sedan to make a 1.5 door. 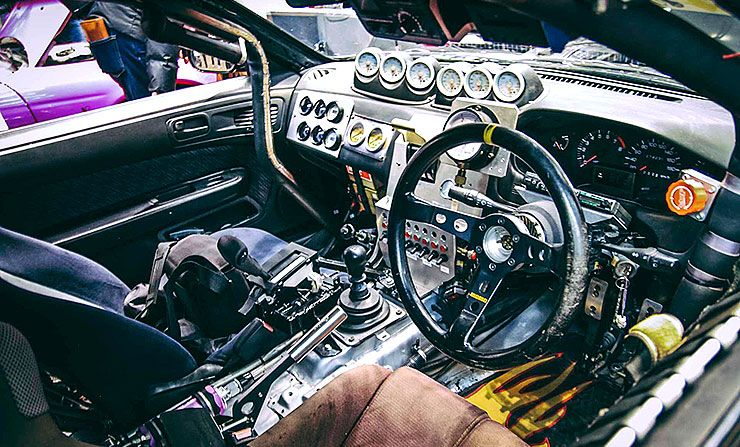