Tom Wiberg may have lost the crown as having the world’s largest bike called ‘Big Toe‘, but he still holds the record for the world’s smallest ride-able motorbike.

Tom has constructed the world’s smallest motorcycle, called ‘Small Toe’, weighing in at just 2.4 pounds and measuring 2.5 inches (65mm) high and 4.5 inches (115mm) long.  It has a top speed of 1.2 mph (2 km/h) delivered from a tiny, ethanol-powered combustion engine similar to those found in radio controlled model aircraft. 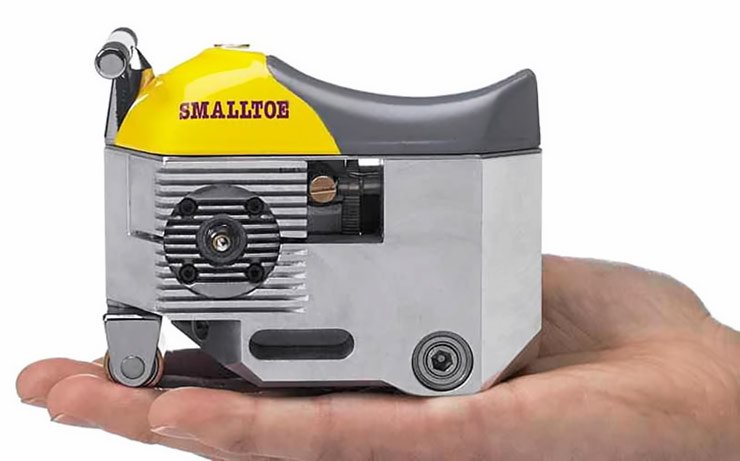 Tom Wiberg said he decided to build the little motorcycle in a bid to get into the Guinness Book of World Records for a second time.
It’s drivable, but certainly not street legal as it has no lights, no direction indicator signal, no road tax license plate and is probably in an un-classed vehicle category.

Motorbike does not have any gear nor does it carry any brake units. It is a single geared motor with only forward transmission. Neither chain drive nor belt drive, the final drive ratio is set by the driver and the driven gear within the motor. The Motorbike also does not carry any starting unit; it requires being force jump started with an external motor. 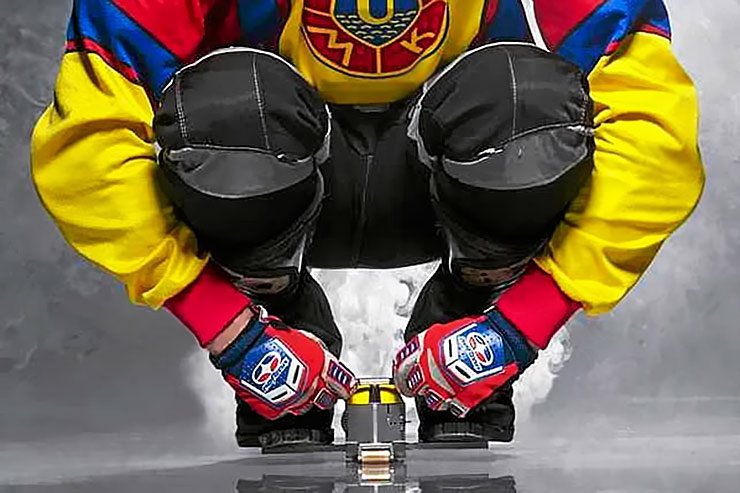 Even though its size means the rider cannot sit on it in the conventional manner, Tom Wiberg still managed to ride the bike for a distance of  than 10 m (32.8 ft) in 2003 with the aid of special shoes with metal lug’s in the sides that slot into the lower sides of the bike.

“I rode it for a distance of 11 meters and would have continued if there hadn’t been a container in the way,” Wiberg told the Associated Press at the time.

Check out the video below: