Andrew Lynch in LYNCHY has been terrorising Burnout Pads & Racetracks around Australia for many years now. And it seems just when you think he’s pushed the boundaries of how a car can be driven his next Burnout will leave you spellbound with what he can do behind the wheel.

Whether it’s a crazy Tip-in or a double or triple high-speed donut it’s what Burnout Crowds around Australia have come to expect from the “people’s champion”. 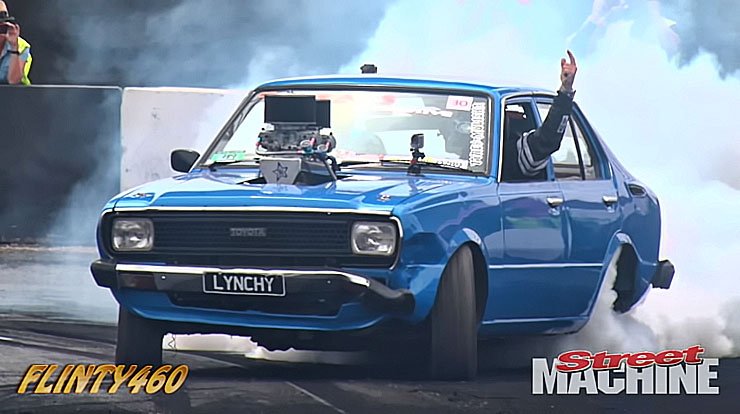 He may not have 1,000hp+ Blown Small Block but what he does have is an extraordinary ability to put his 1981 KE55 Toyota Corolla (running a Tunnel Ram 6.0 Litre LS2) into every corner of a Burnout Pad within an inch of the wall and just when you think he’s stuck next minute he comes flying out of the smoke at speed and into the next crazy manoeuvre.
–
With twin 650cfm Demon carburettors pushing copious amounts of pump fuel through the LS2 it has no problem destroying tyres at 7,400rpm in Top Gear And just when you think it can’t get better Lynchy hit’s the MSD 2-step “party” switch and revs are pushed even further to 7800rpm. 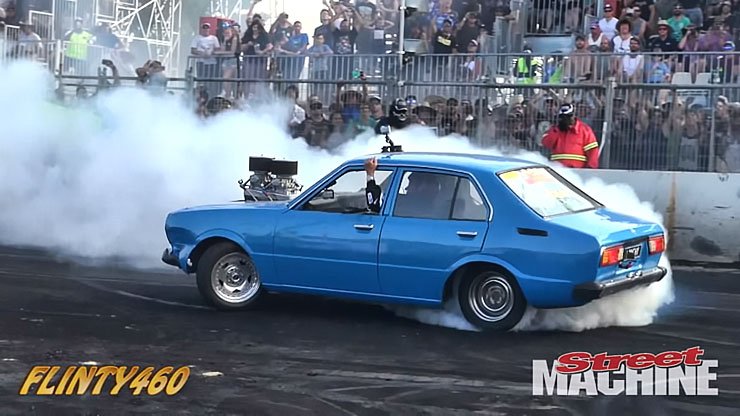 With Australia’s premier Burnout competition (Summernats) wrapping up last weekend Lynchy was competing in the National Burnout Masters which is an invite only competition available to select entrants who win a designated Burnout event throughout the year. With qualifying on the Saturday consisting of the Nation’s Top 30 Burnout Drivers, Andrew wowed the huge crowd with an insane Burnout from one end of the track to the other and finishing with both tyres suffering a quick death. 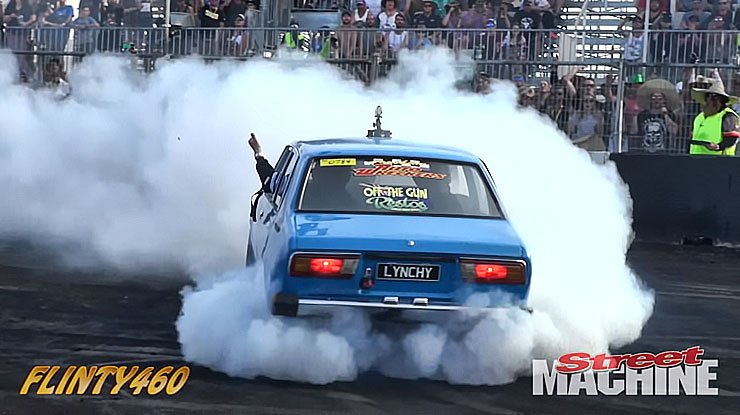 This Burnout accrued enough points to secure Andrew a spot in the Finals with 9 other equally deserving competitors and in usual Lynchy fashion he destroyed the Burnout Pad with a High speed Tip-in, multiple consecutive donuts and the all-important blown tyres.. With the massive crowd behind Lynchy he was certainly the crowd favourite to take the win but with a highly technical scoresheet applied to every Burnout Andrew placed 4th in the toughest competition in the country.

In true Lynchy fashion he was gracious in defeat and just happy to be competing in front of a record Summernats crowd.

Check out Lynch in action below!