One of the most epic mud bogs in the South Louisiana Mudfest never disappoints. Lots of mega mud trucks, Quads, Jeeps, custom 4×4 machines, redneck boys and girls in the mix.

I love it when the redneck boys and the redneck girls of Louisiana get together to get down and dirty and muddy as they party like there is no tomorrow at the mud hole at the Louisiana Mudfest just outside Colfax, Louisiana.
– 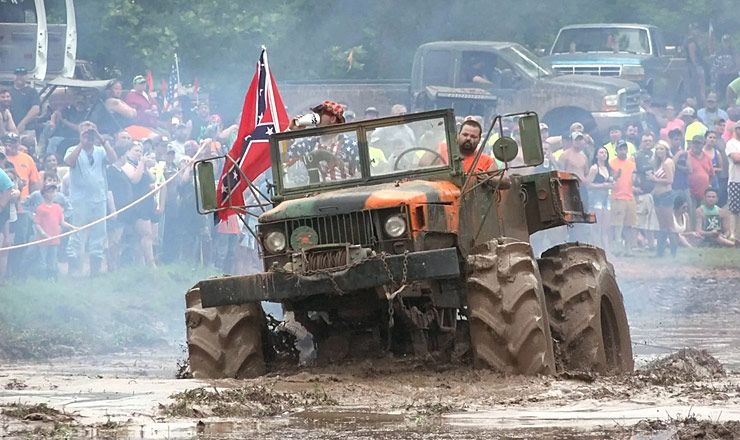 It’s not a truck party without some good mud to off road in! Mud trucks, Jeeps, Quads and Side By sides roam the muddy terrain along the banks of the Red River. As you can see from the video, there are a lot of lift kids attached to American-made trucks, and it’s a good thing because there were definitely a few moments when we weren’t sure that they would make it out of the mud. 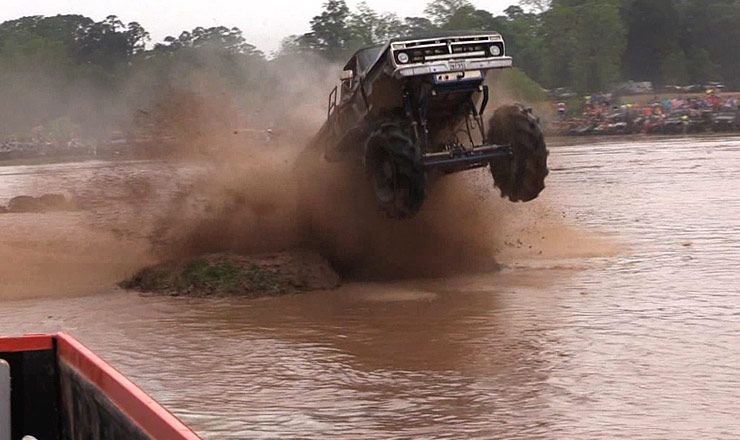 Participants compete in events such as tug-of-war, car crushing and bounty hole which involves drivers ploughing through thick mud to see who goes the furthest without getting stuck. They push their vehicles to the limit trying to navigate through the boggy field resulting in a lot of break downs and drivers forced to abandon their pride and joys. 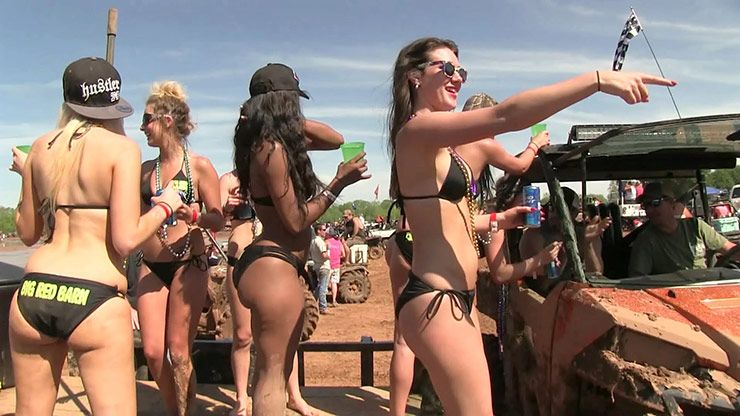 In a meantime, thousands of spectators were left drenched in wet mud as they were treated to a mud shower courtesy of the show’s participants.

Think your truck is one of the biggest and baddest around?  You’ll have the chance to find out in September 28 – October 1, at “Trucks Gone Wild” at Louisiana. Come for one day or all 3 days, but come ready to have the time of your life!