“Kross Kountry In a Kustom”
Sam Barris first turned the Mercury Eight into a lead sled that any car lover would be proud to trot around town in 1949, revealing how nicely the car lent itself to modification. Barris’ Mercury masterpiece rid the term “lead sled” of its prior stigma, paving the way for a new era in the auto industry when kustom was king. “It wasn’t until the 1950s,” Garrett explained, “that the brand’s identity began to pull away and establish itself with unique features and models.” 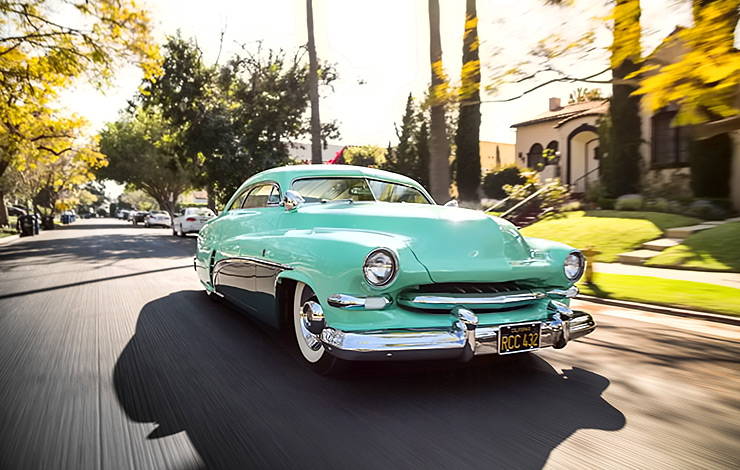 That the Mercury was so easily customizable was the most attractive feature to Fifties drivers, though most preferred the ’49 model, despite attempts to improve upon the design in 1950 and 1951. Impressive chrome detailing and an optional Merc-o-Matic three speed automatic transmission weren’t enough to knock the ’49 Mercury Eight off its pedestal.

Perhaps pop culture had a bit to do with the ’49 Eight’s surge in popularity. Not only did Robert Lowery drive a factory-stock Mercury Eight for 15 chapters of Columbia Pictures’ Batman and Robin serial, but James Dean held the keys to one in the 1955 film, “Rebel Without a Cause.”
Warner Bros released the film over six years after the Mercury Eight’s debut when manufacturers were tempting car buyers with tricks like new and improved power plants and tubeless tires. But movie fans were far more taken with the Cool Guy’s ride, which, paired with a leather jacket and slicked back hair, was still the epitome of cruising in style. Mattel Hot Wheels paid tribute to the car in 1990 with its chopped “Purple Passion” model, which is nearly as collectible today as the car to which it nods. Despite the ’49′s overarching popularity compared to other Eight models, it was a ’51 Club Coupe that Barris Kustoms customized for Bob Hirohata in 1953. Sam Barris and his brother, George, completely modified the Hirohata Merc, as it is known today, chopping the roof, extending the rear fenders, rounding the trunk corners, and fashioning a new grille. They replaced the engine with a Cadillac overhead valve V-8 before sending the “Mercillac’ (as Hirohata deemed it) for naugahyde upholstery and a sea foam and organic green paint job. By the time Hirohata and his Merc finished their cross country trip on Route 66, the car hwas the recipient of 180+ trophies. Over 50 years later, the Hirohata Merc is still heralded as one of the most koveted kustoms of all time. 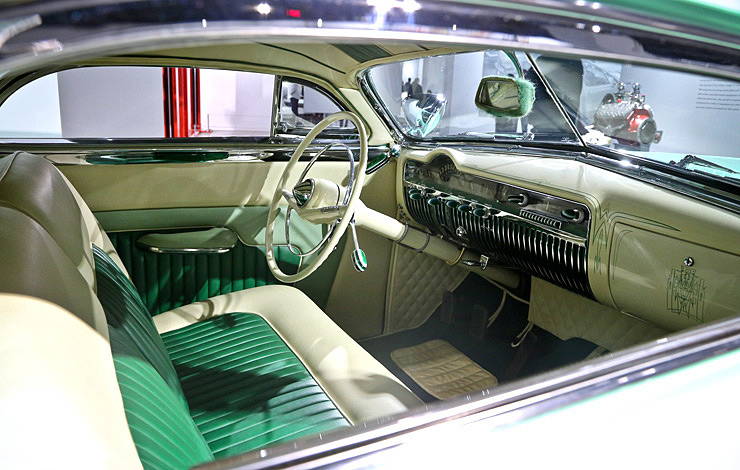 The Lead Sled Lives On
Lincoln-Mercury ceased production on the Mercury Eight in 1951, several years before the car truly hit its peak. But you can still buy a fiberglass replica of the legend today and turn it into a lead sled of your very own. Whether you’re big on kustom kulture, keen on re-living your greaser days or simply sweet on style, the Mercury Eight is a car unlike any other.