How was the only Ford Mustang with only 2 seats, known as “Shorty” saved? That is a story just like those written by the Brothers Grimm.

In the early ‘60s, the company Ford planned to develope a sports version of the Mustang with two seats. But, at that time Ford was still influenced by the former conservative president Robert McNamara, so chances for the production of this model were minimal. From the drawing tables, this wonderful car turned into a functional prototype and with an interesting game of the destiny it managed to “survive”, although it was scheduled for destruction.


The prototype that was constructed by Vince Gardner was based on the pre-production model Mustang from 1964, it was shorter than the classic one by 16-inch, and the rear window was made of Plexiglas.
Under the hood there was the already famous Ford 260 V-8, but it was updated. Its capacity was increased to 302 cubic inches and it was equipped with 3 carburetors. Yes, this experimental engine would later become the most popular and the most wanted engine in the range of “muscle cars.”

After showing it to the US public during the tour in the USA, this nice “Pony” was scheduled to become scrap metal. Vincent Gardner was a technical genius, but just like every other genius he had a special, sometimes a little strange character. He was accepted and respected by his colleagues, but at the same time he was a loner who defended his ideas with great energy. 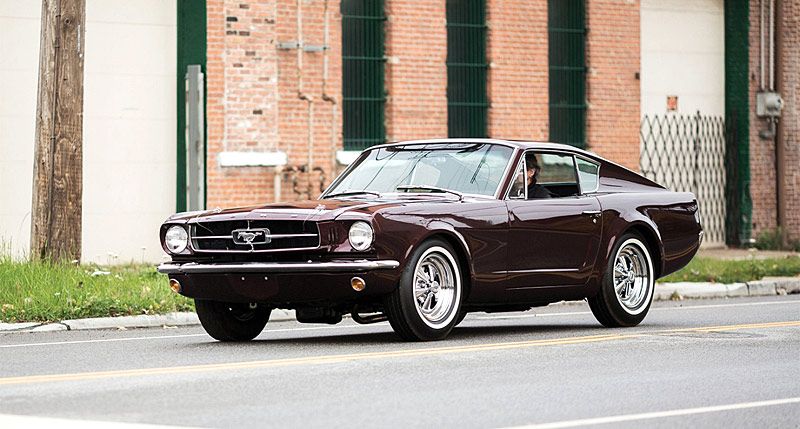 Knowing what was going to happen, the designer managed to hide his work in a warehouse and the company officials did not know about that. Ford reported that the car was stolen, after the insurance company paid an adequate compensation to the Ford Company.

Later, by a strange game of the destiny, the only two-seater Mustang on the planet appeared again in public. The owner of the warehouse accidentally discovered the unique car after 6 months, because Gardner stopped paying the lease of the area where the car was sheltered.

The world had the opportunity to see “Shorty” again, after almost 50 years at the 2013 Amelia Island Concours d’Elegance in Florida. After 47 years in his possession, Chris decided to sell this beautiful car at the end of March 2015, at an auction in Fort Lauderdale, Florida. What is the price for which this unique Mustang was sold?
– $ 511,550!
Imagine what the late Vince Gardner would say about this.
–

Some people dream of Jeannie with the light