We have seen many car vs. bike comparisons, but this is the ultimate test; Guy Martin on his BMW superbike against David Coulthard in a Red Bull RB8 F1.

Scottish racing driver David Coulthard is a 13-time race winner in Formula One, while Guy Martin is a road racing motorcycle rider who recently broke the World Record for fastest speed on the Wall of Death.


Guy Martin’s S1000RR Superbike came with a 1000cc four-cylinder in-line, developed 220 hp at a weight of 162 kg. The RB8  has a 2.4-liter V8 engine with 750 horsepower, more than three times as much power as the superbike but the F1 car weighs 570 kilograms, even more than three times heavier. Coulthard and Martin knew the F1 car would outrun the bike, so they made things more interesting: In order for Coulthard in his F1 car to win, he had to complete four laps quicker than Martin completed three on the bike. 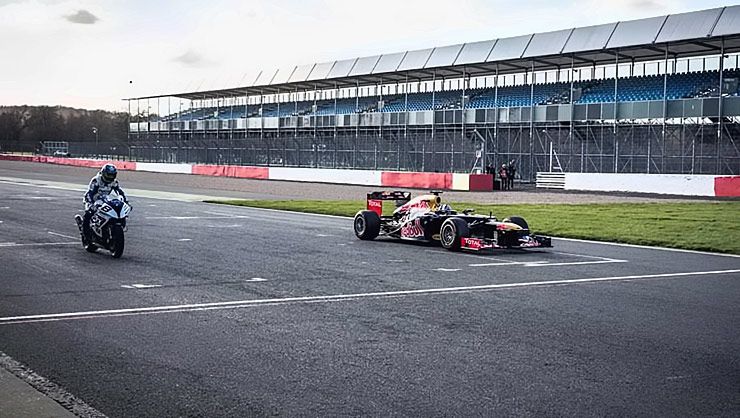 Once the Red Bull’s naturally aspirated Renault-powered V8-unit started climbing up its 18,000 rpm range approaching the first corner, the race was officially on and we’ll let you find out how it went without spoiling it any further.