Guy Martin has successfully broken his previous Wall of Death record of 70.33mph. He hit a top speed of 78.15mph while driving on the biggest vertical Wall of Death the world has ever seen.

“It’s like the Colosseum,” said Ken Fox, Martin’s trainer for the stunt. “You expect to see lions and gladiators.” The 121-foot diameter Wall of Death is located in an abandoned aircraft carrier in Lincolnshire, England. Guy made the run on a modified Indian Scout that he has been practicing on all week.


Motorcycle riders who fly around large wooden bowls at carnival events so they can creep up onto a completely vertical surface – known as a Wall of Death – pull some significant g-forces. They risk getting motion sickness or blacking out, and at the speeds Guy Martin rode today, a rider could even lose consciousness completely.
He was pulling over 6 g’s, which is more than astronauts endure on liftoff. When Guy was asked about how his bladder was after it was confirmed he withstood a G-Force of 6.69Gs, he laughed: “I’m alright, I’m alright, no wee, no poo. it could have been a bother but if I were going to wee or poo myself I would catch it on the way around.” 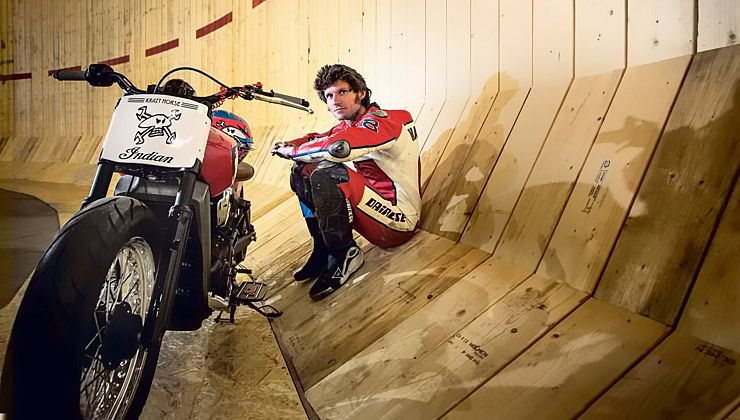 “It is all to do with timing, when you get on the throttle because you can only stand that G force for so long,” Guy explained. “Apart from that, the biggest challenge has been getting on and getting off the wall.” 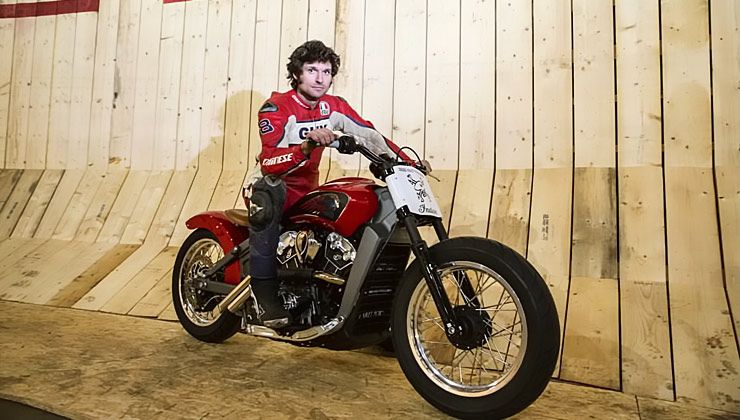 “I guess I like to see how close I can come to death without actually dying,” he told in a recent interview.

Watch the video below where daredevil motorcyclist rode 78 mph on the vertical wall, setting a new world record.