The video made by a Monaco supercar squad shows one of the wildest rev battles ever.

It is guaranteed to give you goose bumps, not only because of the beastly sounds produced by these cars, but also for the fact that three perfect super cars are involved in the battle.

Porsche Panamera Turbo is the one in the front, while two super cars behind are a pink Maserati Granturismo and a blue-colored Ferrari 458 Speciale. Their drivers decided to see which of these three cars sounds the best, so they’ve staged a rev fight in one of Monaco’s many tunnels.

Before we watched the video, we assumed the Panamera Turbo was the underdog in this battle. Although, it certainly couldn’t match the roaring of Ferrari’s 597-horsepower engine, it did make a lot of noise. In fact, we doubt that kind of noise would be even legal on Monaco streets. When it comes to Maserati Granturismo, it totally lived up to our expectations. Still, we have to admit the most impressive of them was Ferrari 458 Speciale. 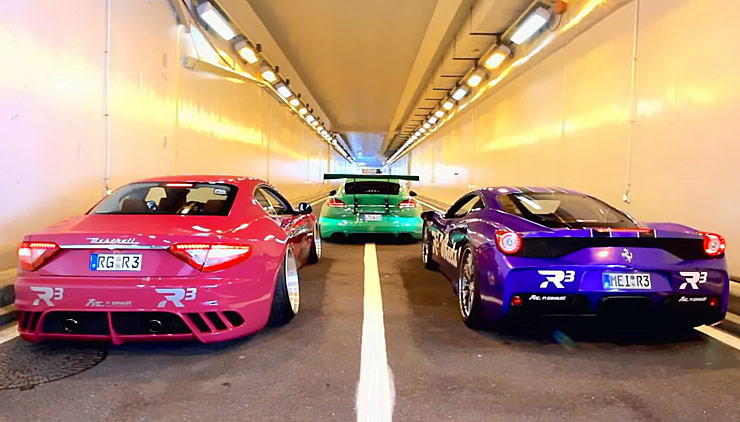 If you would like to be a part of rev battles like this one, you’ll have to splash out at least $290k as that’s how much a 458 Speciale costs.