The old gal was the street-racing “terror of Colorado Boulevard.”

“The Little Old Lady from Pasadena” was a folk archetype in Southern California in the mid-20th Century. Early in the century, many people, especially couples from the Midwest had moved to the region, in particular to Pasadena. The trend was accelerated by the Great Depression, and World War II. Since men tended to die earlier, Pasadena became known for its high percentage of elderly widows.
– 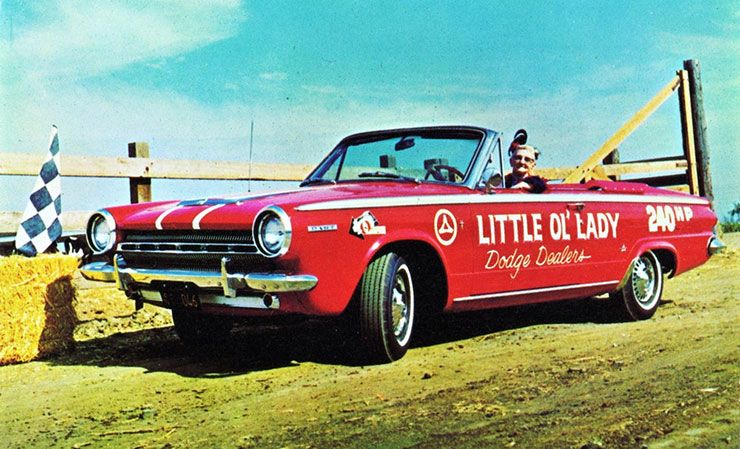 These little dears invariably drove the automobiles that they had inherited from their husband’s, which more often than not would prove to be too much car for them to handle. These cars would have been purchased by their husband’s in the midst of their mid-life crisis and as a result they would be souped-up speedsters whose pedals their wives would have trouble reaching and whose dashboard they would have trouble peering over.

Used car salesmen in California, so the story went, would tell prospective buyers that the previous owner of a vehicle was “a little old lady from Pasadena who only drove it to church on Sundays,” thus suggesting the car had little wear. This joke became part of the material of some comedians based in Los Angeles and because of television, the phrase “little old lady from Pasadena” became familiar to a national audience.
– 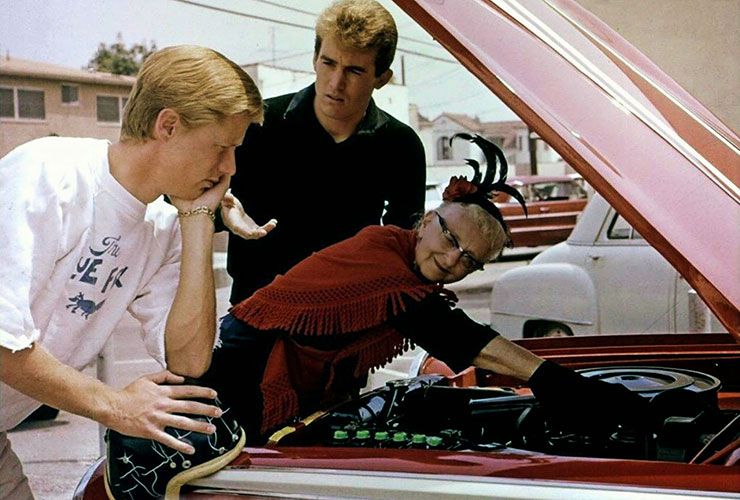 In 1964, Dr. Donald Altfeld, AKA The Doc of Rock, wrote the song “The Little Old Lady From Pasadena”, about a little old lady from Pasadena who had a high-performance “Super Stock” Dodge. The hit record was inspired by a 1964 Southern California Dodge dealers TV ad campaign. These vehicles were produced in low numbers in 1964 for drag racing, and were equipped with a high-output “Max Wedge” engine.

The song’s twist was that, unlike the subject of the usual story and joke, this little old lady not only drove the hot car, but also was a peerless street racer, “the terror of Colorado Boulevard,” the main route of the Tournament of Roses Parade in Pasadena. 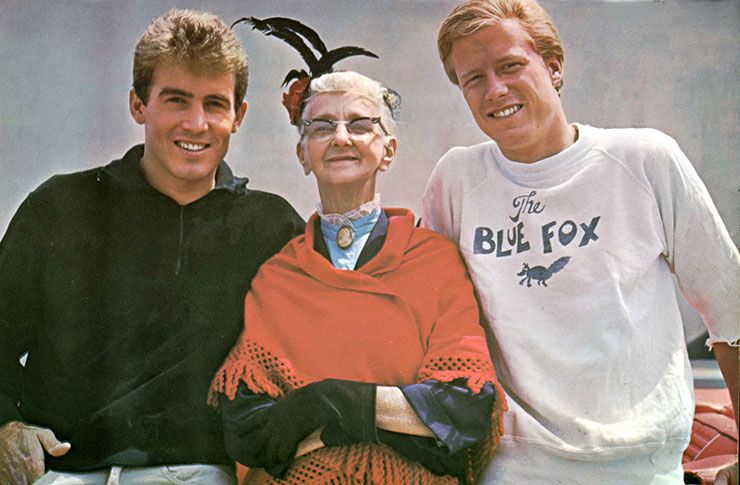 There really was a little old lady from Pasadena – on television, anyway. In the 1960s, actress Kathryn Minner played a Southern California stock character, the elderly woman in tennis shoes. Minner was a sensation at SoCal personal appearances and appeared with Jan and Dean on the cover of their “Little Old Lady from Pasadena” album.

She came into her acting prime in the wake of a series of ten TV commercials for the Southern California Dodge Dealers, promoting their popular muscle cars with the tag line, “Put a Dodge in your garage, honey!”