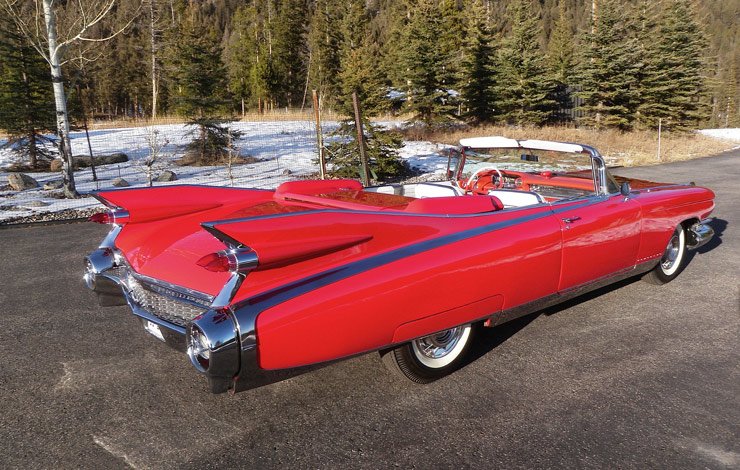 When designing the new 1959 Cadillac body, the stylists relied on the tried-and-true method of “if some is good, more is better, too much is just enough” design school with the huge rear sheet metal appendages that sprang out of the quarter panels[/caption]

Sales figures proved the buying public liked tail fins on Chrysler-built vehicles, as the automaker’s market share in 1957 rose from 15.9 percent to 19.5 percent, and with that came profits going from $6 million to $103 million.

The philosophy of excess was paying off for Exner. All good things must come to an end, they say, and it did happen within a few short years around the Chrysler division dealerships. The talk that tail fins actually did something functional on an automobile went silent after Chrysler discontinued their use in the early 1960s. 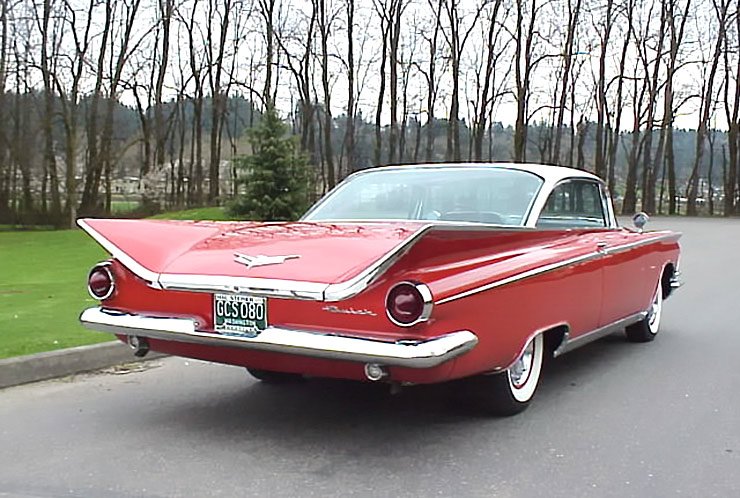 Stylists had to come up with as many deviations of the tail fin as possible as each new model year came up. Here’s the canted “Delta-wing” design with sloped rear deck from the 1959 Buick, which was proclaimed as “the right design for this day and age.”[/caption]

Perhaps the biggest reason fins went away is that automakers were changing body styling rapidly, some every year. When each new design is promoted as being the latest fashion, it’s hard to keep changing fin designs and making them larger and larger, or more unusual, without eventually making it ridiculous every fall. The most dramatic example commonly brought up is the 1959 Cadillac, where the huge surreal monsters set a record as they measured 42.4 inches from top of fin to the ground. GM designer Bill Mitchell, the man who succeeded Harley Earl as head of styling, once said that a car “should be exciting, and tail fins appeared to add excitement.”

Towering, outlandish jumbo-sized fins, some positioned at bizarre angles, were a part of what made American cars of the period full of uniqueness and character. When styles and tastes change, Detroit has to adapt and keep pace. There was a point where they had to stop, or at least start to downplay the size of the tail fin. Eventually, fads like the tail fin are going to see their way out the door.