Yup, these guys are crazy. Wonder what it feels like to stack it into ice at these speeds!

You’ve seen plenty of motorcycle-versus-car contests that take place on public roads or dedicated race tracks. But you’ve probably never seen one where the two machines are wearing Blizzaks… or even studded tires. 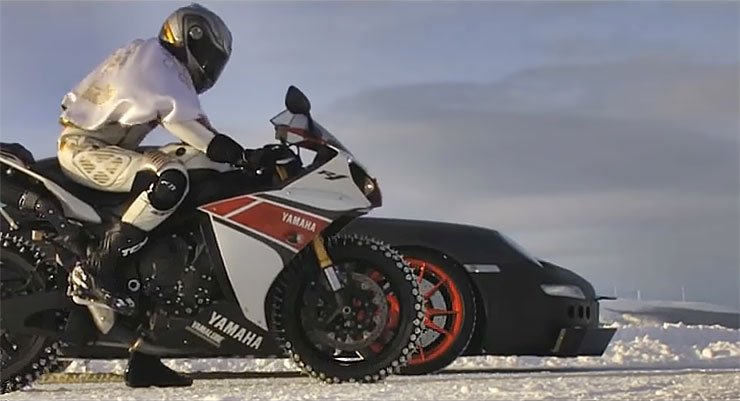 French motorcycle publication Moto Journal has decided to turn the two-wheeled contingent on its head by moving the battleground to the frozen stretches of Lapland on a replica race track of the legendary 5.8 km (3.6 miles) Le Castellet, also known as Circuit Paul Ricard, cut through the snow and ice. In the first round, a Porsche 911 GT3 RS (500 HP) goes up against a Yamaha 1000 R1 (180 HP). Up next is a Mitsubishi EVO IX against a Yamaha WR450F. Yes, this is going to be good.
– 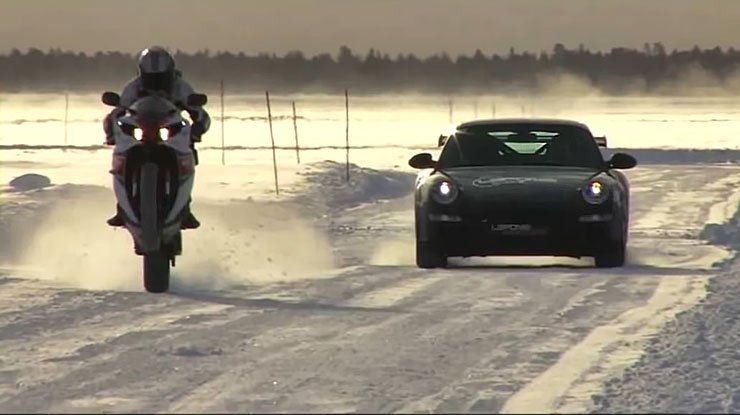 To win, Porsche is equipped with 500 horsepower engine and 2320 spikes on all 4 wheels. The R1 was counting on its lightness, its sharpest, 470 spikes and the “balls” of Serge Nuques to lean it to the maximum angle. 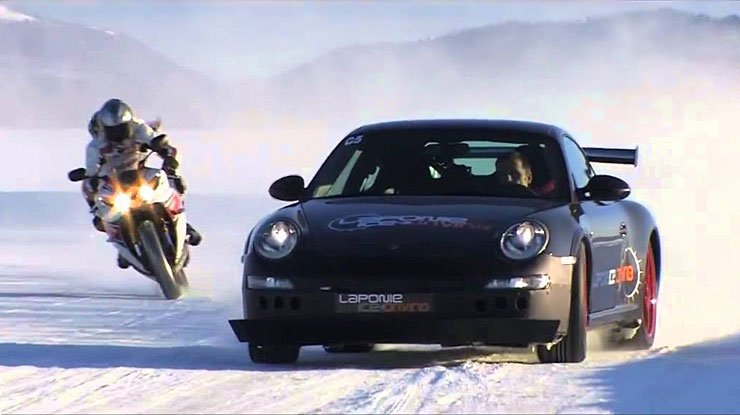 If the idea of watching an R1 hit 160 miles per hour (258Kmh) on the ice isn’t enough to make you watch, perhaps we should mention that its rider is donning an Evel-Knievel-style cape, and that this appears to be just a teaser of a longer video or possibly even a series. Enough talking already. Check out the video in its entirety below.