First off, we’re wondering if any of this is legal. It probably isn’t, but that’s OK here. 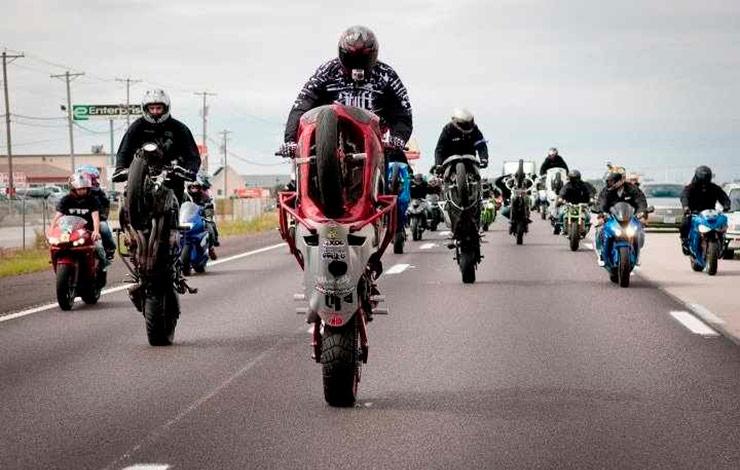 Many of the bikers ride custom built motorcycles specifically for motorcycle stunt riding. They terrorize the streets by performing illegal motorbike stunts and tricks.

We’re not suggesting, by any means, for anyone to go out and do anything illegal. The street bike tricks and stunts performed at high speeds on public freeways are very dangerous, but we do enjoy bringing you videos of people doing things that probably are.
– 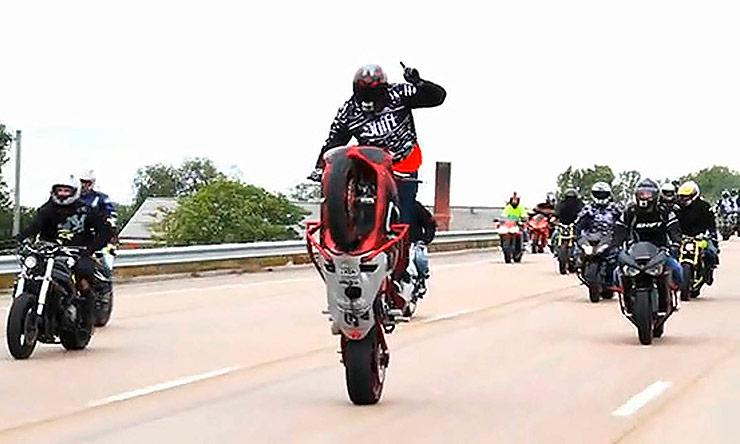 Let them be the ones to get into trouble, not you. Anyway, this procession of motorcyclists taking on the highways of Louisville, Kentucky is outright awesome.