The next time someone says a person “drives like a girl”, they hopefully are referring to Alex Taylor.

You see, Alex (Alexa) Taylor is an aspiring drag racer. Considering that she owns an 8-second 1968 Chevrolet Camaro, she was off to an excellent start compared to her peers who are likely driving old beater Plymouth PT Cruisers and Chevy Cavaliers.
– 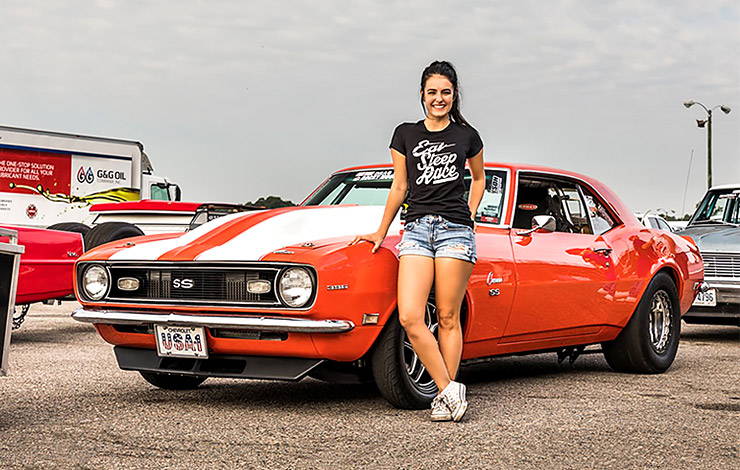 She grew up around cars and developed a passion for racing at the tender age of ten. Alex getting her first exposure to the tire smoke, wailing tailpipes, and smell of oil at the tender age of three weeks-old. In 2013 at age sixteen she became the youngest driver to ever participate in Hot Rod Magazine’s Drag Week, running in the 11’s in her 1968 Camaro daily driver that she, her dad and mom built.

Alex drives her Camaro every day, making her just that much cooler. The vehicle isn’t a garage queen and she doesn’t fret about having to wrestle it around on city streets and in heavy traffic. She also helped her dad with working on his vehicles for as long as she can remember, which got her started on building a machine focused on speed.
– 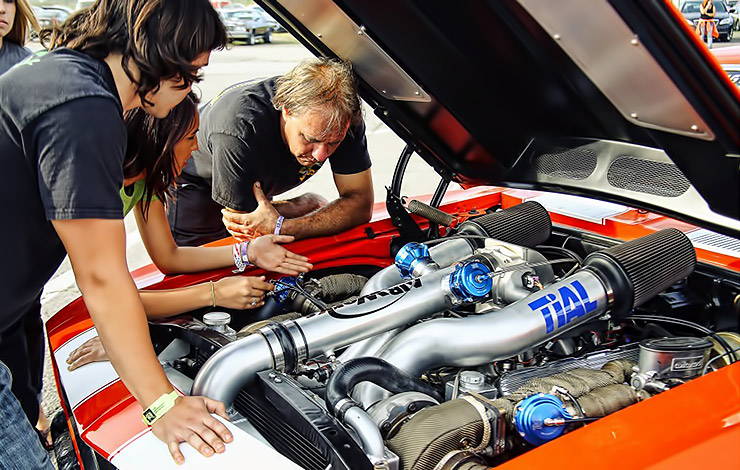 Speaking of machines, Alex’s 1968 Camaro is a real beauty and a beast rolled into one. The exterior has a custom version of Hugger Orange for the paint, which Alex actually mixed herself and calls Retina Ripper Orange. The car also features white racing stripes and a large cowl-induction hood scoop that is large but doesn’t venture into the territory of being ridiculous.

Under that hood sits an LS1-based that works with a 4L80 transmission. Alex isn’t specific about modifications, just saying that her family loaded the car with “all of the goodies” anyone can think of. Considering that some people have wild imaginations and fantasies about some extreme builds, that’s quite the statement. Of course, the Camaro also throws down some impressive numbers on the track, so you never know. 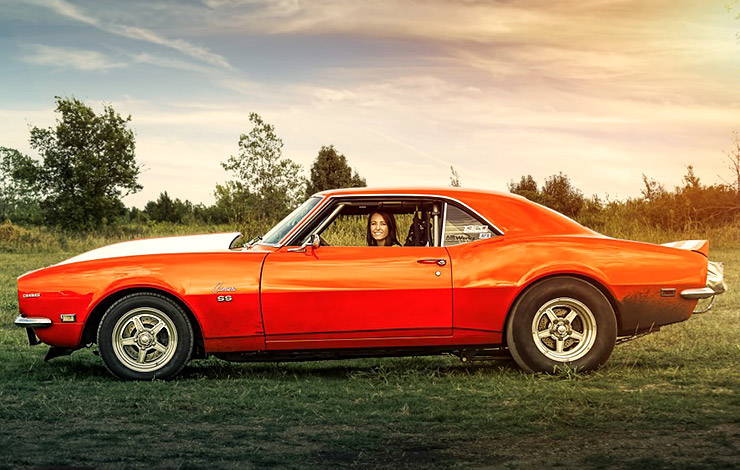 The origin of the Camaro is interesting as well. While many people might assume it was some junker Alex’s dad helped her find, or maybe it was her dad’s old car, it actually was “donated” by her mom! It seems that a need for speed comes from both sides of the family.


The first time Alex dipped below 12 seconds, she put up a time of 11.81 at 114 mph. That was during Drag Week 2013. She says that her whole goal with attending Drag Week was to be the youngest racer, which she accomplished. Originally, Alex said she planned to be a passenger and observer at her first Drag Week event, but the plans changed and she made the aggressive moves to get herself out there as a hardcore racer. Because of the shift, her mom became Alex’s copilot. 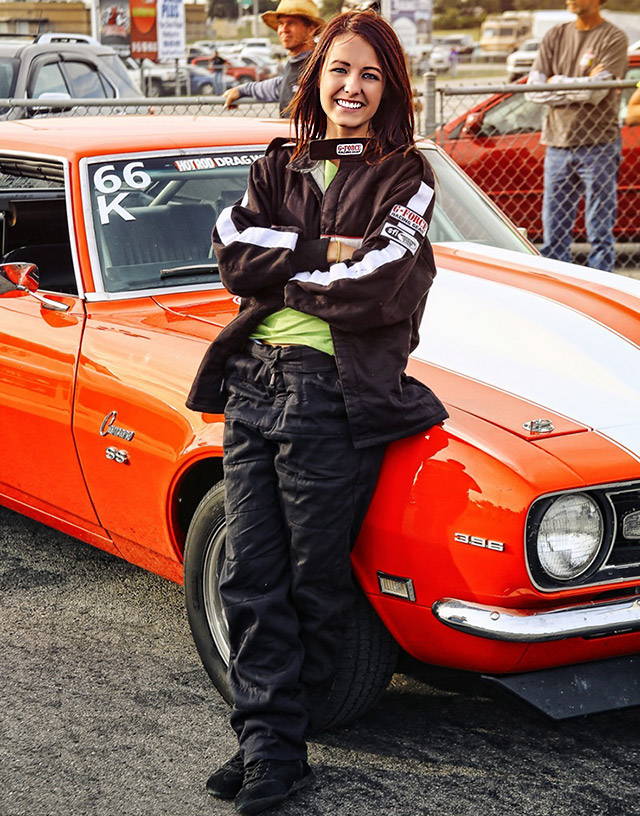 She’s now a regular in the eight-second ‘Badmaro’ Camaro. Meanwhile, Taylor earned her NHRA license and was certified as a Holley EFI technician.

You can check the 3 videos below to see how Alex grew with her Camaro.