One of the more eye-catching “Luxo boat” designs from the early seventies is the Buick Riviera. 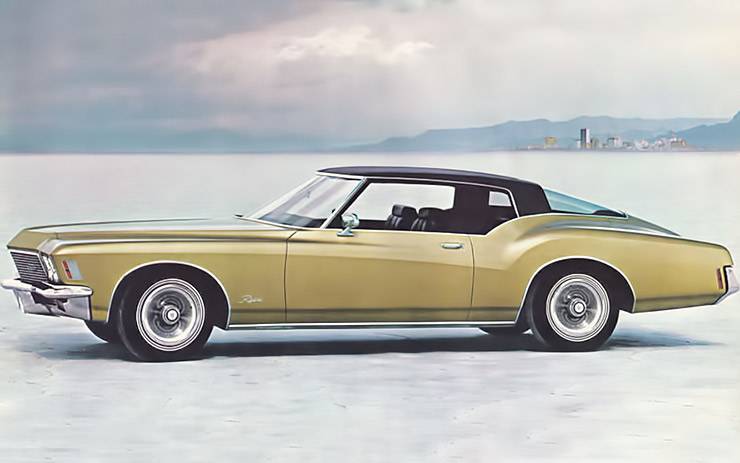 The Riviera made its debut in 1963 and had evolved into the distinctive ‘boat tail’ design in 1971. The design of the car was publicly hailed as “a classic new design that is a triumph of automotive styling”.

The Buick Riviera is a large car with a boat tailed window and rear roof section, together with sweeping sides. The design of the boat tails is very similar to that of the 1963 Corvette Stingray and was intended to reduce wind resistance by mirroring the effect of the same device used in nautical applications, which reduces drag when a boat is being propelled through the water. This improves drag coefficients and fuel consumption. The Riviera thus has an aerodynamic design that remains popular with motoring enthusiasts looking for an eye catching American car with a twist.
– 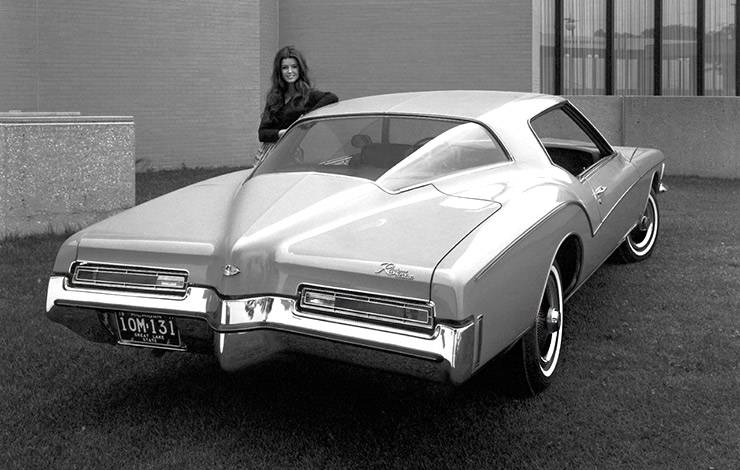 Luxury and performance features are in abundance throughout. These include items such as the new Accu-Drive Ride and Handling and heavy-duty suspension performance upgrades, Automatic Climate Control Air-Conditioning, Cruise Control, Variable Power Steering, Standard Dual Exhausts, Tilt Steering Column, Power Disc Brakes, Custom Contoured Seating came with plusher cloth and vinyl or all-vinyl notchback bench seats with armrest or no-cost Strato-buckets, along with upgraded door panels with door pulls and upgraded armrests there was even a smoking set just to mention a few and of course the Gran Sport Performance package.

The 455 Cubic Inch V8 engine of the 1971 models has a lower compression ratio compared to previous models, to keep within EPA emissions requirements. It produced 455 lb-ft torque @ 2800 rpm. And 315 HP (255 net hp- 265 in the Gran Sport version.) The performance of the car is impressive for a vehicle of this size, 0 to 40 times are comparable to many of much smaller stripped down exotic American muscle cars of the day and 0-60 came about at just over eight seconds. Performance decreased slightly again in 72 as more emission controls were added. 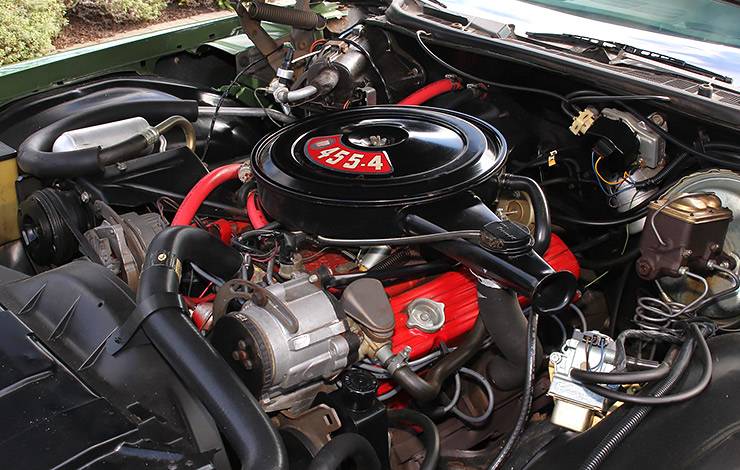 One of the many innovative features of this model is Buick’s Mac Trac; a traction control system first offered on the 1971 Riviera that aids in preventing wheel spin during acceleration on surfaces with low grip, utilizing wheel sensors and a micro-computer. Although commonplace in today’s cars, traction control was considered highly innovative in the 1970s.

The 1971 Riviera also featured GM’s “Full-Flo” ventilation system with two large trunk lid louvers. Unfortunately, under certain conditions a vacuum was created that sucked rain and exhaust back into the car, leading to many complaints from owners and dealers.


Inside Riviera for 71 was a new wrap-around cockpit instrument panel with horizontal speedometer and engine-turned trim. Seating choices included a standard split bench in cloth or vinyl or no-cost Strato-bucket seats in vinyl with an extra-cost choice of a short consolette or a full-length operating console slanted toward the driver with upside down “L” shaped shifter.

The 1972 Riviera was little changed, industry wide horsepower ratings were now expressed as net and Riviera still had an impressive 225 hp or 250 hp with the Gran Sport, the actual drop in net power from 71 was only 5 hp. Exterior changes included a new egg-crate grille and revised taillights along with the addition of standard body side moldings in response to complaints the ’71 looked too slab-sided. The ’71 trunk lid vents were eliminated for ’72 as a result of a revised “Full-Flo” ventilation system in which the vents were relocated the door jambs. Interior trims remained unchanged from 1971 aside from the mid-year addition of a “FASTEN SEAT BELTS” light and buzzer per federal mandate. 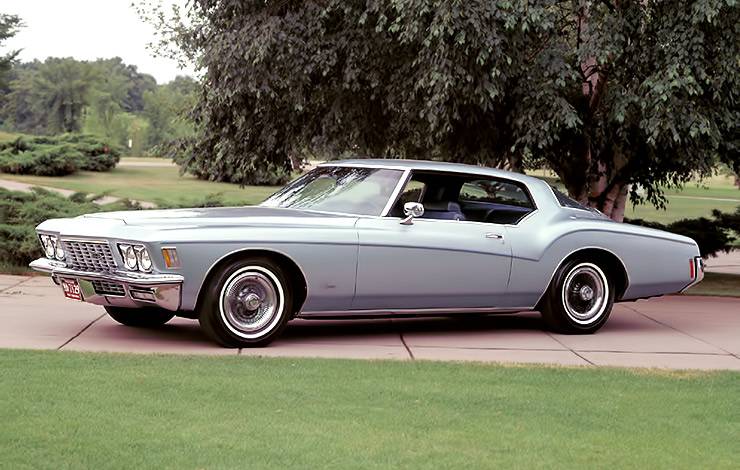 The ’73 Riviera was the final year for the boattail design. Changes included a Federally-mandated 5 MPH front bumpers, revised front lighting and facia and a toned down boattail effect in the rear which even more reminiscent of the Corvette Stingray of a decade earlier.


The standard engine for Riviera was now a 250 net horsepower 455 cubic-inch V8 and with 260 net horsepower Stage 1 455 available, which also included a Positive Traction differential and a chrome-plated air cleaner. 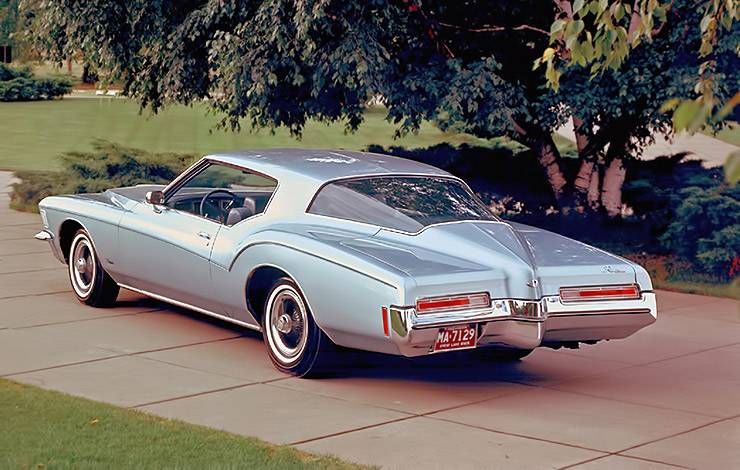 The “Gran Sport” (GS) package was still available as a separate option package consisting of a just the ride-and-handling package and additional sound insulation along with special “Gran Sport” badging. Interiors were revised with instrument panels now shared with other big Buicks and wood grain trim replacing the engine-turned trim of 1971-72. Seating patterns for both bench and bucket seats were changed in both the standard and Custom trims and buckets were now 40/40 seating.

In addition to its unique style, radically different from any European cars of its era, the Riviera offers the comfort of a luxury car, with horsepower of a muscle car of the times.