Aussie car parts retailer Supercheap Auto made an awesome ad that looks like it was ripped straight out of Forza Horizon 3.
It’s a great ad — maybe too great since it’s been banned by Australia’s Advertising Standards Board for apparently promoting dangerous driving. 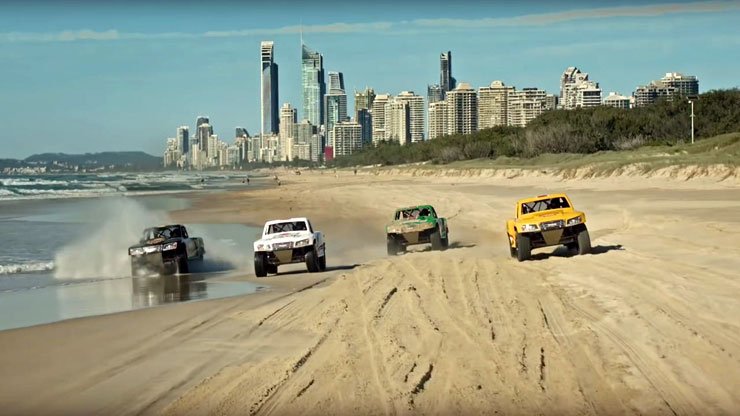 With a clip that starts with four baja off-road dirt racing trucks airlifted by helicopter onto the beach at Surfer’s Paradise, the race runs from the sand to the port of Brisbane into the city over a couple of minutes. There’s explosions and jumps along the way, powerslides and AC/DC and handbrake turns and POV in-cockpit footage. It’s a real life version of a video game. That’s exactly what it is.
– 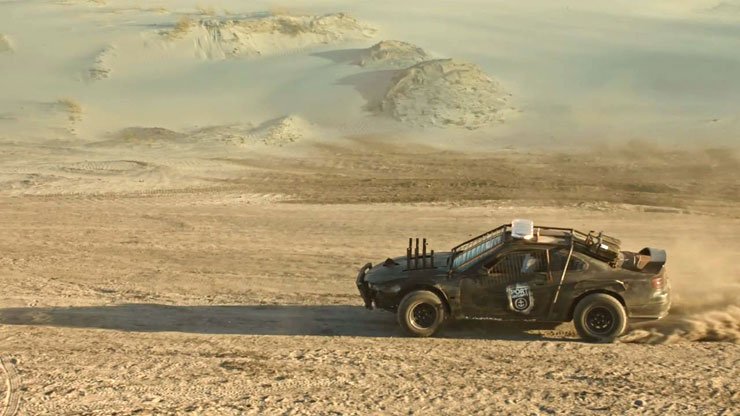 The Board considered that the trucks were driven in an unsafe manner in that they appeared to be racing, were driving unsafely through city streets and were driving contrary to road rules as they crossed lanes and went over curbs… 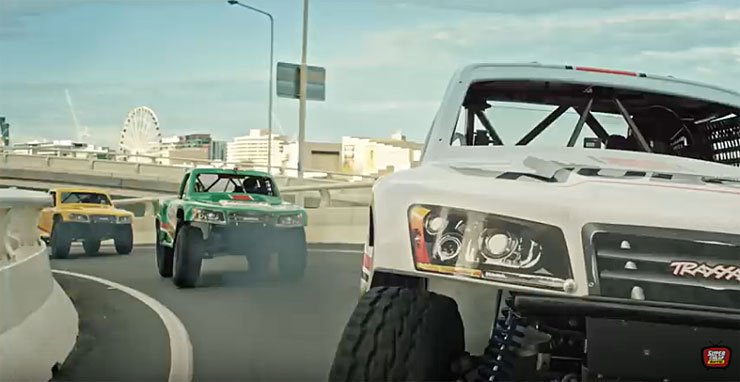 The complaint said: “The Australian road toll is going through the roof. Advertisements like this, promoting dangerous driving will only add to the carnage. If this ad were for a motor vehicle it would be taken off air immediately as it breaches practically every road rule and section of the FCAI code.”

Defending the ad, Supercheap Auto argued that it was clear the cars were being portrayed as racing under controlled conditions. However, the ASB ruled that although the helicopter and beach scenes were “unrealistic and exaggerated” the same could not be said for the city scenes. 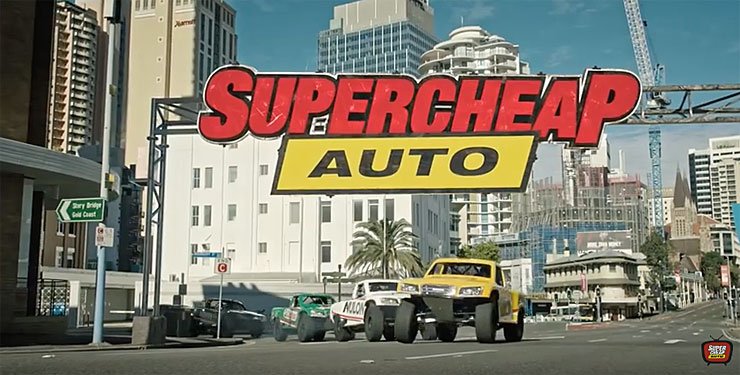 And so, as a result of the ASB’s ruling, the ad has been banned from broadcast on Australia’s television networks. Which is a pity, because in my opinion it’s a good ad.

If you want to see the ad, don’t bother switching on your TV, because it’s not there any more. Just enjoy it on YouTube instead, where it still lives happily: