The Cigarette Racing 515 Project ONE is the ninth speedboat that the company has created with the help of Mercedes-AMG, and this should be the most advanced and extreme one yet.

Mercedes-AMG has released its latest sports car, the Project ONE and its long-time boat-building partner Cigarette Racing has a special boat to match it. It’s called the 515 Project ONE and like the car, it’s silver, and it’s fast.
– 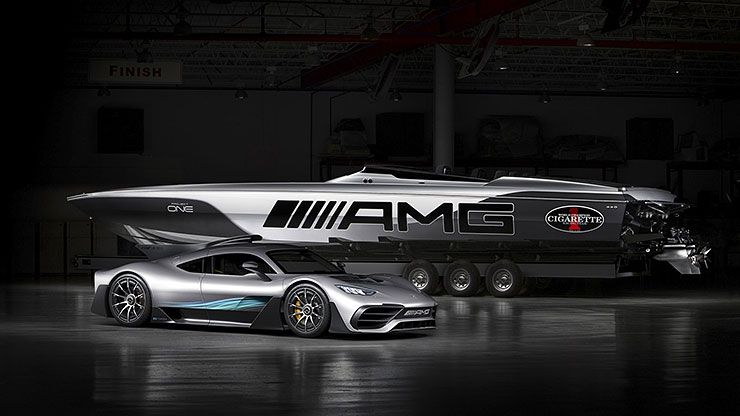 “Mercedes-AMG and Cigarette Racing both have racing as part of their DNA, which makes us natural partners to work together to continue to push the limits of design and high performance,” said Skip Braver, CEO of Cigarette Racing.
– 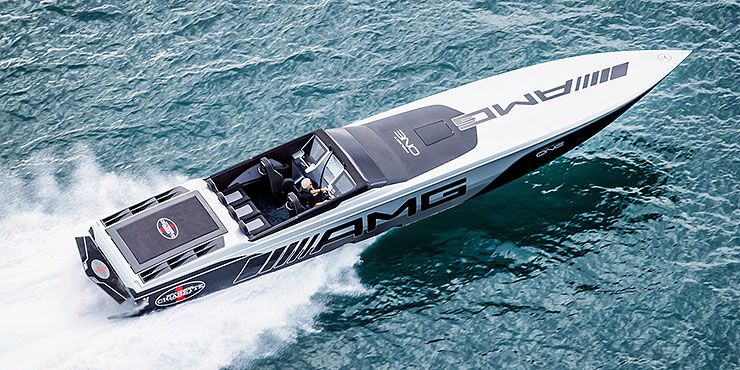 While Mercedes won’t actually place an AMG engine in this boat, the vessel bears significant similarities with the Project One supercar: carbon-fiber construction, massive power, and a set-back cabin with a long front end.

Project 515 is powered by a pair of Mercury Racing twin-cam V-8 engines that produce 1,550 horsepower each when activated by a special “Race Key” fob and when racing fuel is used. . If you can’t handle that much power, there’s an option to get the slightly inferior 1,350 pairing of engines that combine to produce 2,700 horsepower. All told, the 515 Project One is capable of hitting a top speed approaching 140 mph. 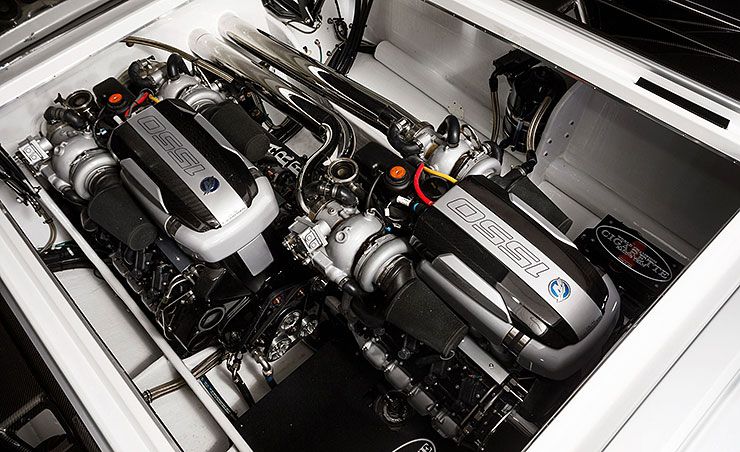 In comparison, the Mercedes-AMG Project One road car will produce over 1,000 horsepower and reach a top speed of 217 miles per hour. A separate “Pleasure Key” fob will operate the engines at half-power with 91 octane fuel. Cruising range under a calmer setting such as, say 75 mph, is 538 miles. 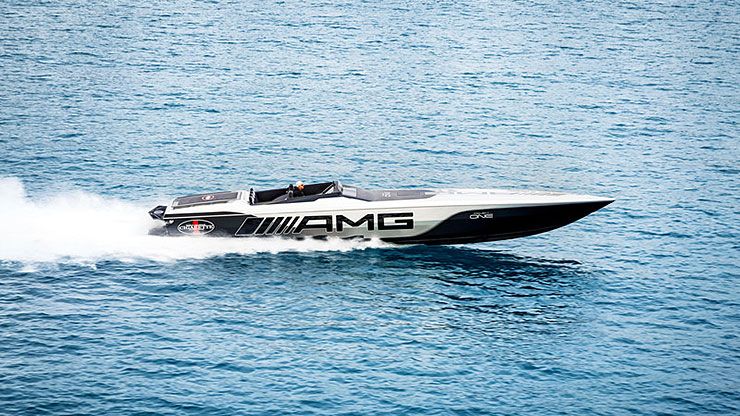