The Mercedes-AMG Project ONE is one very special street legal hypercar, the first vehicle to transfer the latest and most efficient Formula 1 hybrid technology almost one to one from the track to the street.

The Project One must be among the most challenging car set-up exercises ever undertaken.
– 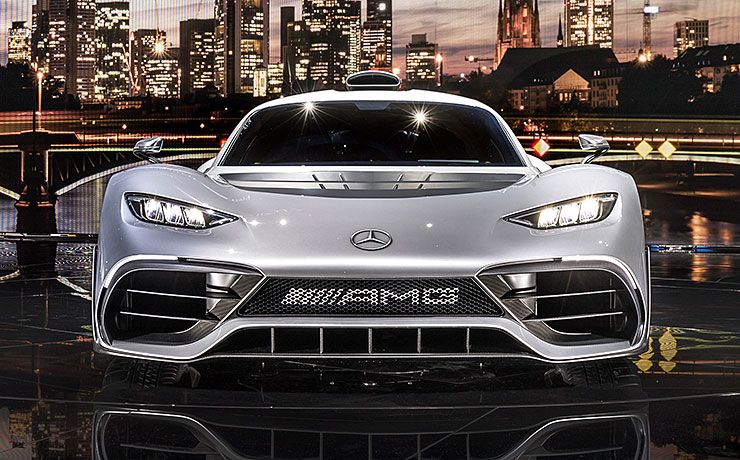 Underneath its body, which was shaped as much by the wind as it was a designer’s pen, lies a powertrain essentially plucked from Mercedes-AMG’s W06 Formula 1 race car. The Project One has upward of 1,000 horsepower from a 1.6-liter turbocharged V-6 mated to a quartet of electric motors.

The turbocharged V6 engine itself has an electric motor built into its turbocharger for eliminating turbo lag, while another 160bhp e-motor works on the crankshaft. Then another two 50,000rpm, 160bhp electric motors independently drive each of the front wheels, allowing torque-vectoring, lightning-quick launches.
– 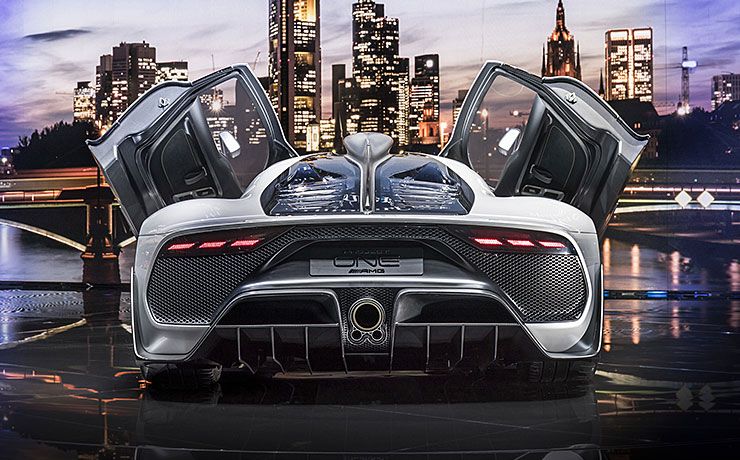 Each electromotor has its own battery, which effectively quadruples the battery capacity compared to an F1 racer. The Mercedes-AMG Project One will tops out at about 217 mph and will launch from 0-124mph in under six seconds. A Bugatti Chiron conservatively claims 6.5 seconds. Insert your chosen expletive here. You don’t need an F1 team to get the car started: you hit the button and it fires up, on 98 octane – or maybe 95. 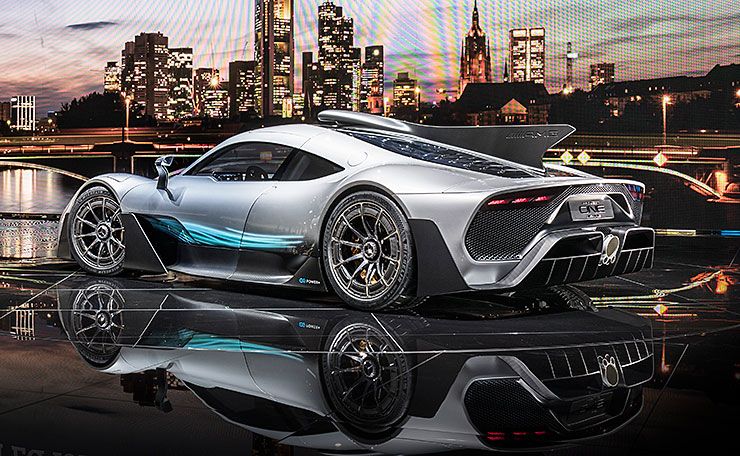 The interior is notable for the wide-format LCD displays used for instrumentation, and how they’re refreshingly free of LCD recreations of physical, analog gauges. The steering wheel is an F1-style rectangular wheel full of control buttons, and the seats are a novel siamesed design, with one structure draping over the central tunnel to form two buckets. 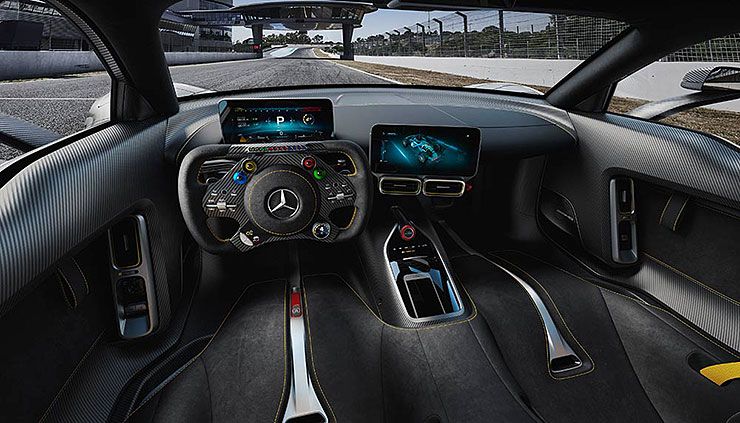 There is an air-con system, and small lockers behind the seats for luggage stowage. Electric windows come as standard in the butterfly doors, and don’t fret about the lack of a back window – there’s a roof-mounted camera and screen instead.

And it’s exactly what you’d expect from a $2.7 million vehicle: powerful, luxurious, exotic, and rare. Only 275 of these speed demons will be made.