The new BMW M5 recently entered the Guinness World Records for doing the longest drift by a vehicle for eight hours continuously, covering a distance of 232.5 miles (374.1 km).

The car used in the record setting run was the new BMW M5, the all-wheel drive machine is powered by a 4.4-litre twin-turbo V8 engine that produces 600 horsepower and 553 lb-ft (750Nm) of torque.
– 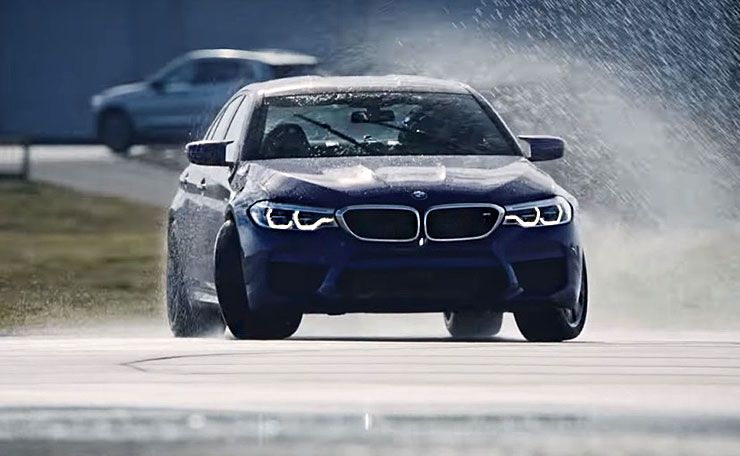 The new record smashes the old 102-mile mark set by a Toyota 86 last year, ably demonstrating that the sixth-generation M5 can wag its tail with the best of them despite a switch to all-wheel-drive. The newest BMW M5 actually uses an advanced AWD system that can be converted to RWD at the push of a button.

The official rules for the record (technically the greatest distance drifted in eight hours) allow for fuel stops, but BMW decided that would ruin the spirit, fun, and danger of a continuous drift.
– 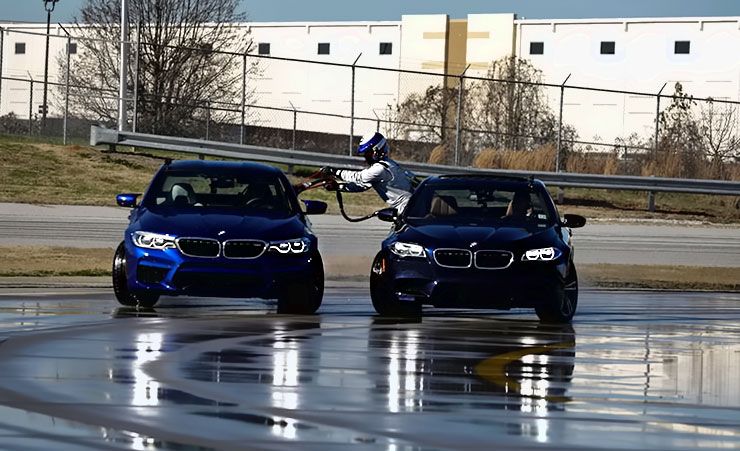 Instead of simply putting a larger tank in the new M5, BMW decided to have a second (previous generation) M5 drift next to the record car to refill its tank. This may be a bit of a convoluted approach, but it is certainly fun to watch.

The refuelling rig, that is inspired by interstellar aerospace industry, can transfer 18 gallons (68 litres) of fuel to the other in less than 50 seconds. As an added bonus, BMW also broke another record for the world’s longest twin vehicle drift, covering 49.25 miles in one hour. Thus, BMW bagged two Guinness World Record titles in one single day.