As service trucks go, this is probably the coolest you’ll find. A vintage 1700 Loadstar with a Hellcat? Hell yes.

The makers of any truck might have had out attention with a Cummins engine swap because a new diesel makes sense and seems cool enough. But a hotrod truck implies using the biggest or most powerful muscle car V8.
– 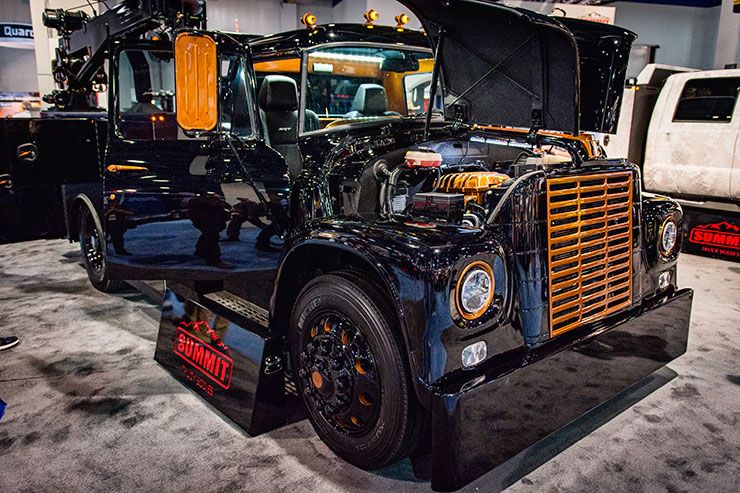 Summit Truck Bodies in Wathena, Kansas manufactures and sells custom service bodies for construction, mining, and excavation industries. To show off their unique ability in the industry to customize truck bodies they decided to build something really unique. They transformed a 1973 International 1700 Loadstar into the baddest service truck we’ve ever laid our eyes on. 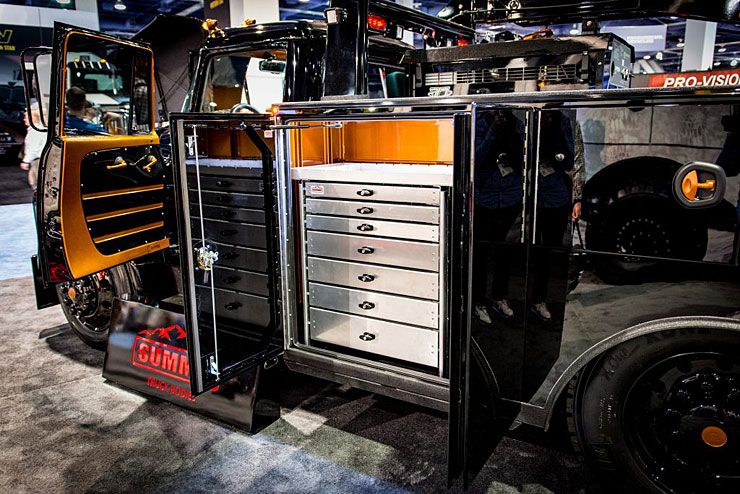 “The guys happened to run across this International 1700 and said ‘What can we do with it?’” says Summit’s Bruce Mathias, adding that this custom restoration shows off what his company does best. “We do a lot of customization unlike some of our competition. Everything about this truck was done in house.”
– 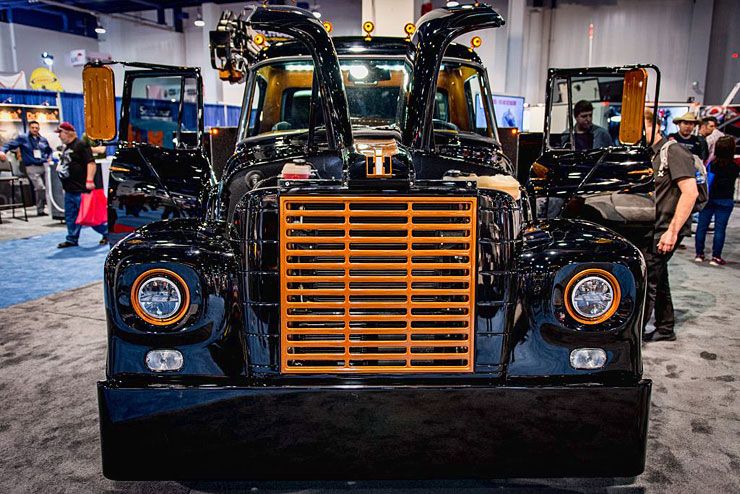 They started with a 1973 International Loadstar 1700 body that was dropped over a Ram 5500 chassis. They installed one of their 7-series service units and crane system on the back.

Power comes from a supercharged 6.2 L HEMI V8 from a Dodge Challenger Hellcat that produces 707 horsepower and 700 lb-ft of torque. Behind that sits a NV5600 six-speed transmission and 4.88 gear rear end. 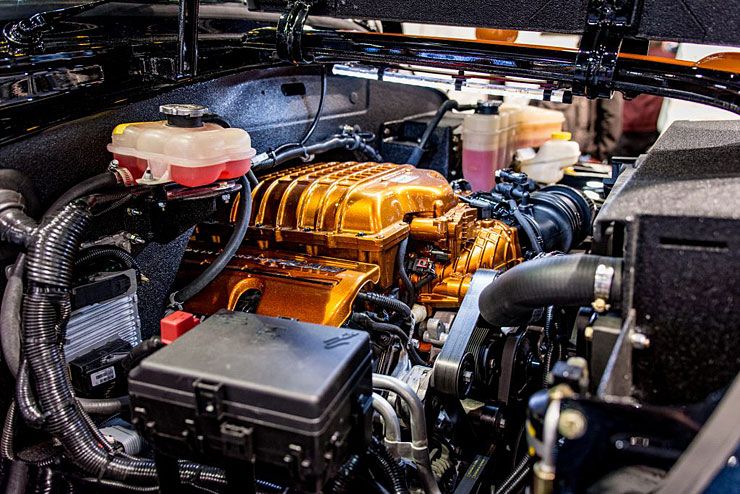 Speaking of looks, the Loadstar has obviously received a complete makeover regarding the aesthetics of the truck too. Even the giant crane system on the back has been painted with a jet black high gloss paint that really pops when you see it in the right lighting. 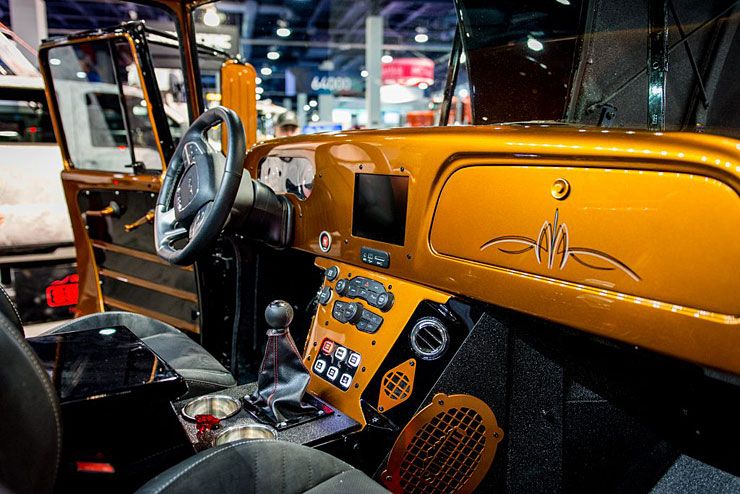 Even the interior got spruced up so that it would match the aesthetics of the rest of the vehicle which includes, Nappa leather seats, copper accents, and even a full infotainment system.