Back when Chrysler did properly luxurious cars, the American outfit made incredibly lavish machines like the 300 letter series. For what the industry calls a personal luxury car, the 300 letter series was the bee’s knees. And thanks to powerful engines, 300s were adequately fast for the era and for that vehicle segment. 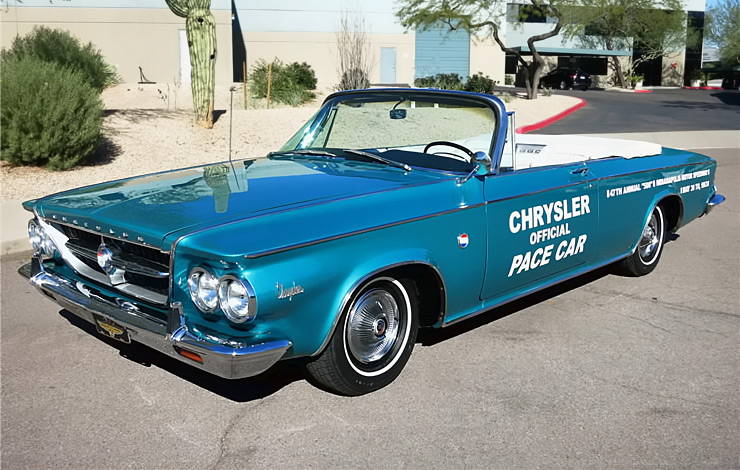 In 1963, Chrysler was again chosen to provide a pace car for the Indy 500, and instead of using the more appropriate 300J, they opted to send out a regular 300 convertible, probably so the crowd could see who the driver was. (Sam Hanks, Indy winner from 1957) Somebody with a chain saw was seen lurking near a 300J, but he was quickly apprehended and sent to work for GM. 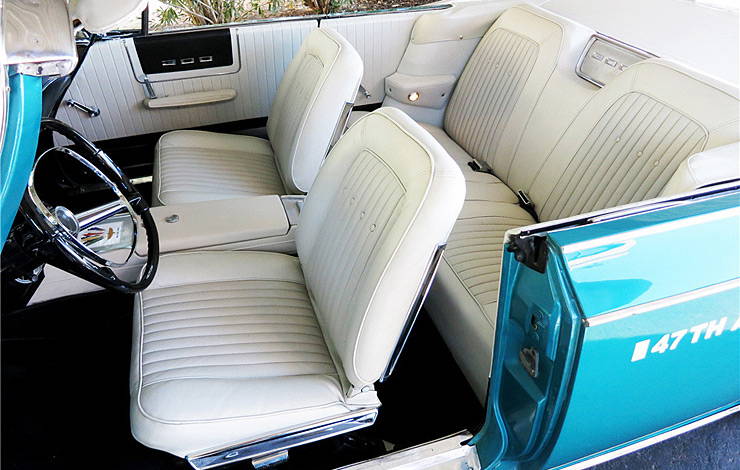 The 1861 pace cars were garden variety 300 convertibles equipped out of the box with a 305 horsepower 383 2 barrel engine, with either a 3 speed manual or the venerable push-button Torqueflite. There were also 306 hardtops produced, but nobody seems to get too excited about them, just the ragtops. 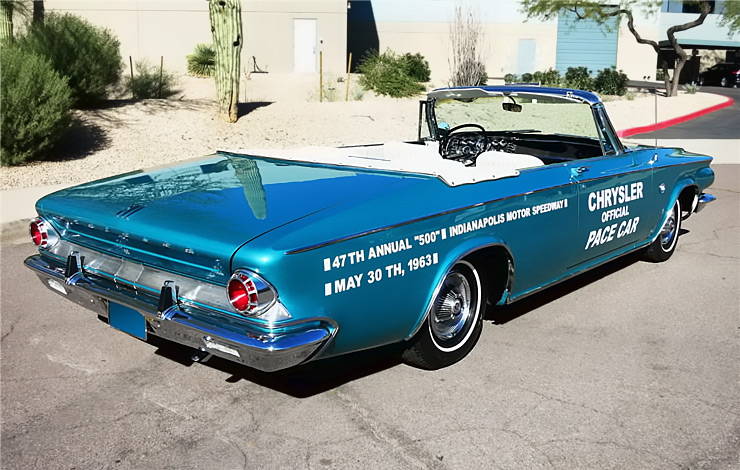 1860 of the converts were Holiday Turquoise, (also referred to as Pace Car Blue) and one was black. All had white tops and interiors. They had a special Indy 500 emblem, and that was about it. The wheel covers look to be from the New Yorker, while the actual car used at Indy on race day had 15 inch wheels and 300J wheel covers. 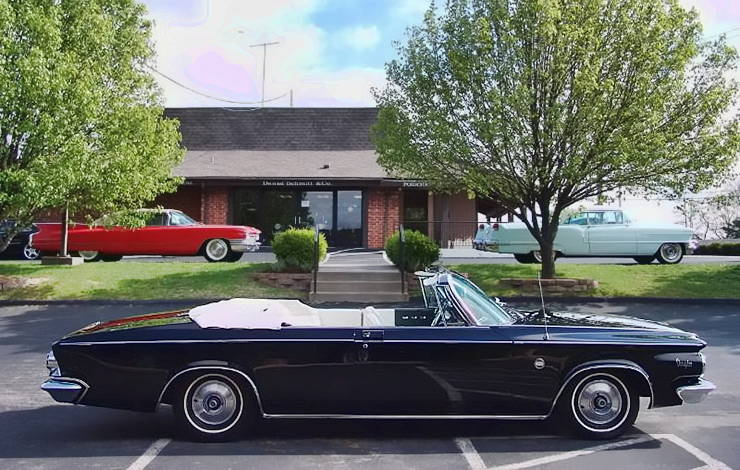 The usual list of options was available, including some very snappy 413 engines. For all genuine pace cars, the serial number on the VIN tag has to start with 80. Beware of fakes, as usual, and Christine-inspired morons who insist on calling any 1963 300 a pace car. 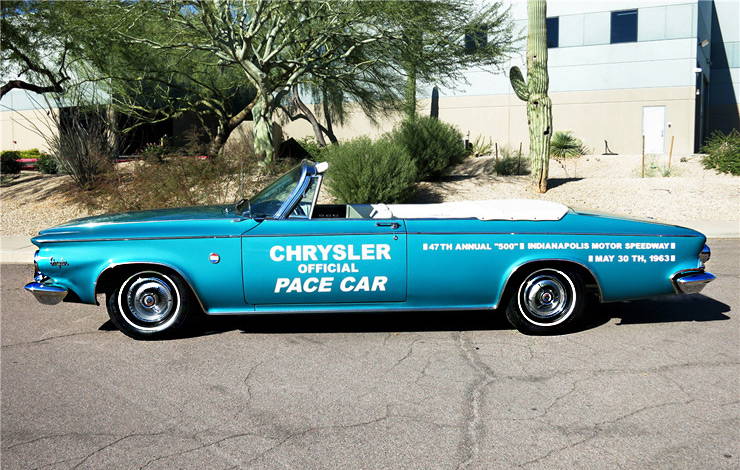 Considering the fact that Chrysler opted not to build a 300J convertible, I think they should have upped the ante with the pace cars and equipped them with 413 single 4 barrel 340 horsepower engines, 300J rims and wheel covers, power windows, power seats, and tinted glass. Leather would have been nice, too. 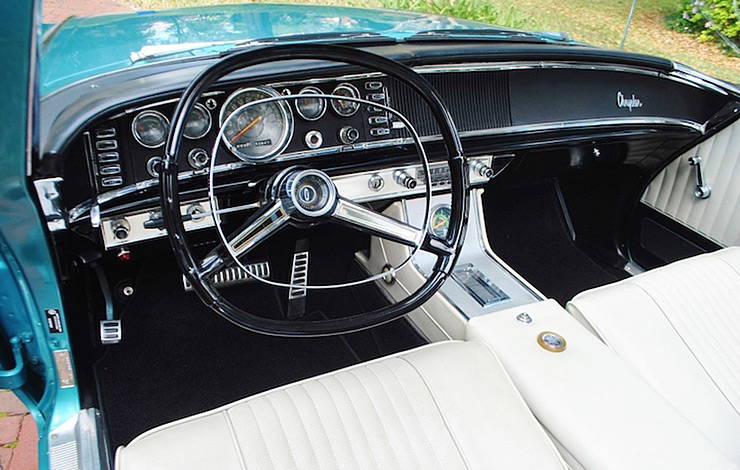