In 1978, when Ron Wolcott was 11 years old, he found himself hanging out at a local rod and custom shop near his house in Columbus, Indiana.

One day during a visit to the shop he caught a bad case of hot rod fever. An affluent customer arrived trailering a ’32 ford coupe hot rod that needed some work.
– 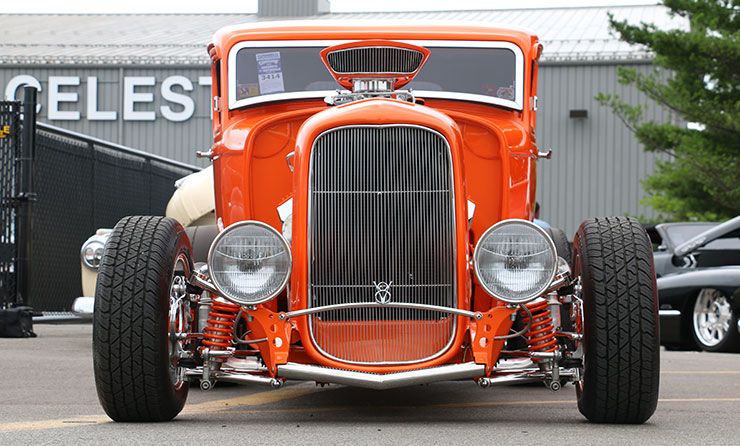 The instant the rod’s blown engine was fired up, Ron was hooked; he never stopped dreaming of one day owning a real hot rod of his own. Not until he was in his early forties did his dream become a reality. Ron hooked up with Garret Kitchens, owner of Garret’s Rod Shop in Columbus, Ohio.

The foundation of Ron’s dream rod was a TCI frame. The front suspension consists of TCI Mustang II upper and lower control arms with a pair of Carerra coil-over shocks. A second pair of Carerras suspends the Ford 9-inch rearend. To achieve traction and style, a set of 15-inch polished aluminum American Torque Thrust II wheels is consumed in BF Goodrich wide white rubber up front and Coker Firestone wide white cheater slicks out back.
– 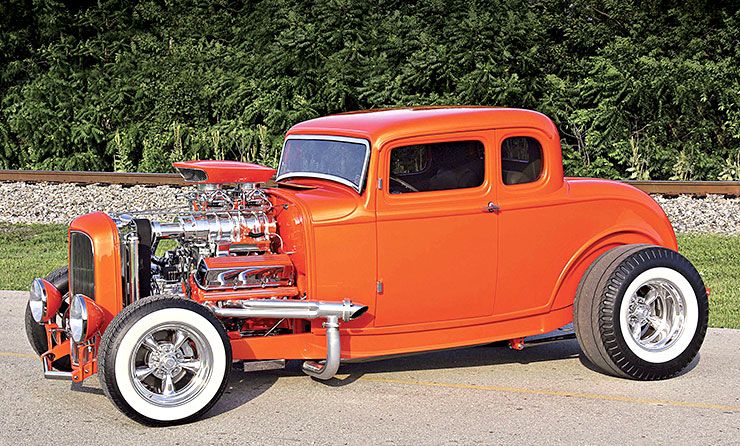 Bill Lemon machined and assembled the healthy Ford 460-ci engine equipped with a BDS 8-71 supercharger and a pair of Holley 700-cfm carburetors. Grabbin’ gears is done with a Tremec five-speed manual transmission. 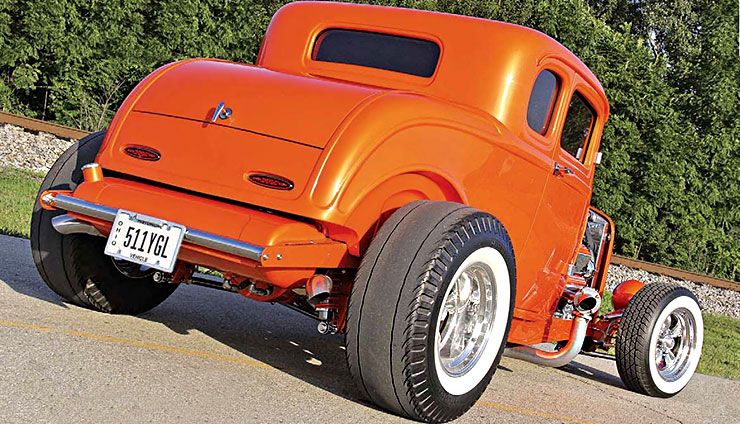 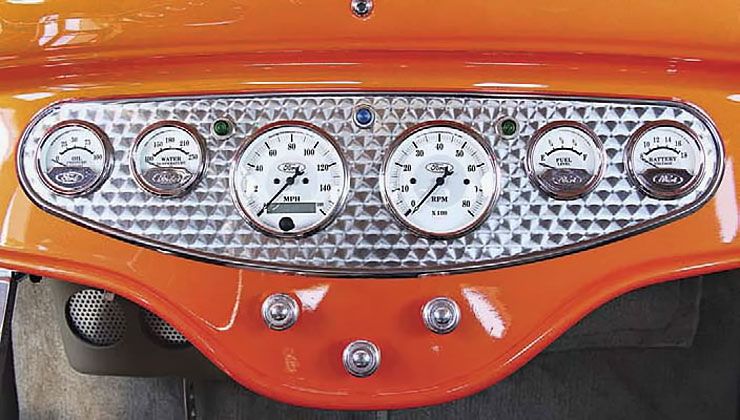