Nissan breaks the Guinness World Records title for the fastest drift using a 2016 Nissan GT-R. How fast was it?

In case you missed it, a specially tuned Nissan GT-R set the Guinness World Record for the fastest drift last month. How fast was it? At a speed of 304.96 km/hr (190mph), 30 degree slide. Masato Kawabata, the Japanese drift champion, set the new world record to clinch the top spot from former record holder Jakub Przygonski of Poland.


Kawabata entered the 304.96 km/hr drift in the 1380hp 2016 Nissan GT-R at Fujairah International Airport, UAE last month. Nismo engineers tuned the special GT-R to get a maximum 1380hp to the rear wheels. Nissan says the GT-R was prepared by GReddy Trust and tested extensively at Japan’s Fuji Speedway facility with Kawabata at the wheel. 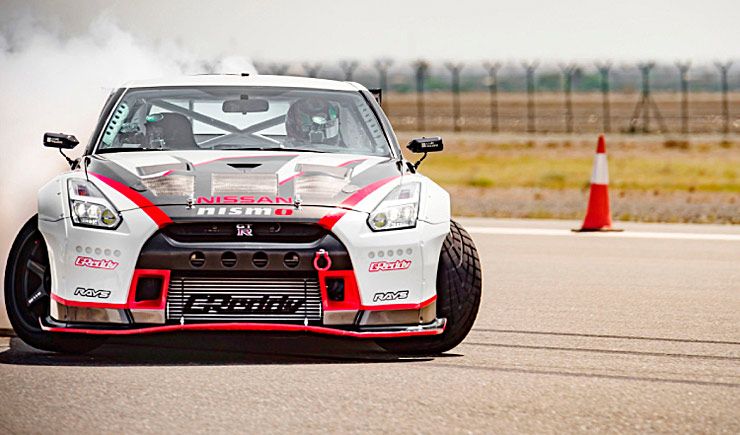 Check out the record breaking drift video below.

When you want that Japanese feel but also