Yamaha has pulled the cover off a completely new bike from their production plants – a large-capacity, leaning three-wheeler called the ‘Niken’, which appears to be a full production bike.

Details are scant at this point, but it looks like it’ll run the excellent, high performance and super torquey inline triple engine from the MT09 platform – claimed power will be in the order of 115 Hp at 10,000 rpm and torque rated at 87.5 Nm at 8,500 rpm. If the new Niken delivers anything close to that it will put existing three-wheelers to shame.
– 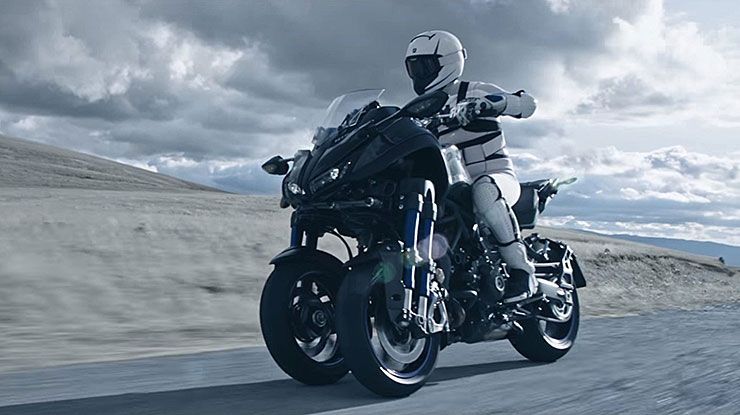 Though, from everything we understand about the new Niken its unique handling may also make comparisons with existing three-wheelers irrelevant. Length is 2,150 mm and width is 885 mm, making it 7 cm wider than the MT09’s 815 mm, but still hopefully relevant in traffic. The front end is ratcheted up a level from the scooter-spec systems already out there. Each 15” front wheel has a pair of tandem-mounted USD fork legs holding it in place,which looks like a fairly stiff setup. 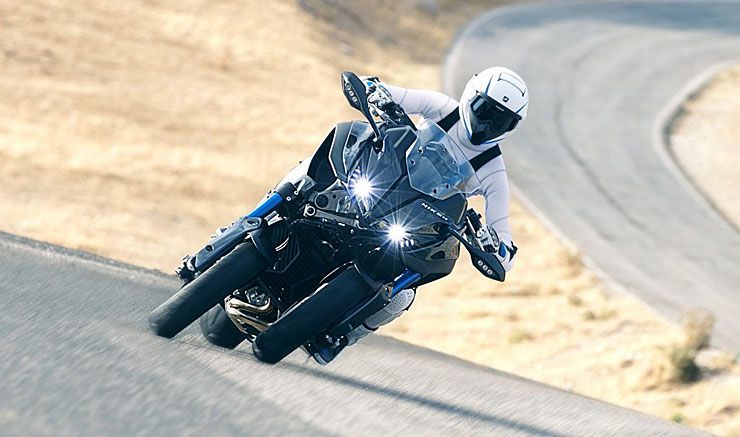 “This model is equipped with LMW technology to reduce the effects of changing ride environments and to deliver a high feeling of stability when cornering,” states Yamaha in a media release. “It achieves excellent performance for spirited and sporty riding on various road surfaces and the capability to freely carve through the continuous corners of winding roads. The body design makes full use of the unprecedented front-end suspension mechanisms pairing 15-inch front wheels with dual-tube upside-down forks to visually accentuate the machine’s sporty performance and create a high-quality look and feel at the same time.” His name describes this bike exactly how it looks (a contraction of ‘Ni’ [two] and ‘Ken’ which mean ‘sword’ in Japanese). Obviously the extra tire means an extra contact patch, and therefore more traction. But are there really a lot of performance bike enthusiasts out there clamoring for an extra wheel up front?

Yamaha has not yet actually said when (or where) the Niken will be available but its certainly managed to whet our appetite. In a meantime check the video below.