Container ships are some of the largest and heaviest vessels that plough on the seas. They measure up to 1,200 feet in length and can move 10,000 to 16,000, 20-foot steel containers in one trip. To push these vessels through the water require immense amount of energy, that are derived from massive diesel engines.
The RT-flex96C – a two-stroke turbocharged diesel engine designed by the Finnish manufacturer Wartsila and is currently the largest and most powerful diesel engine in the world.

At a length of 89 feet and a height of 44 feet, and I would not be far off to state that this engine is as big as an office block! The total engine weight is 2300 tons – the crankshaft alone weighs 300 tons. 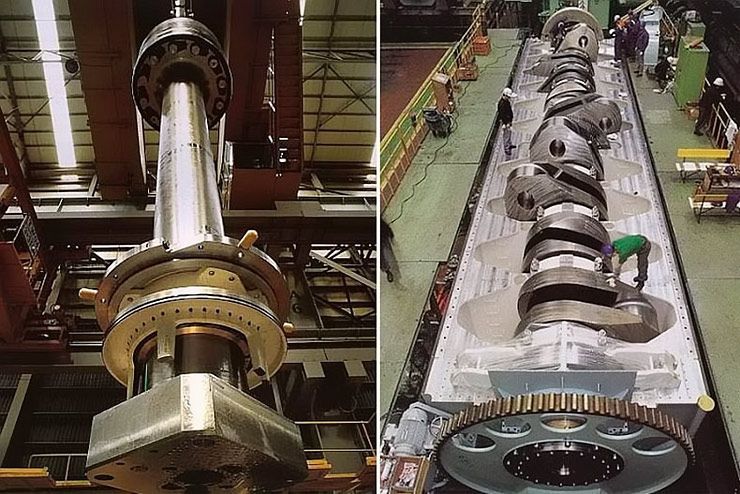 Designed to provide the motive force for a variety of supertankers and container ships, it comes in 6 cylinder in-line through to a whopping 14 cylinder version. The cylinder bore is 38 inches and the stroke is just over 98 inches. Each cylinder displaces 111,143 cubic inches (1820 litres) and produces 7780 horsepower. Total displacement comes out to 1,556,002 cubic inches (25,480 litres) for the 14-cylinder version. 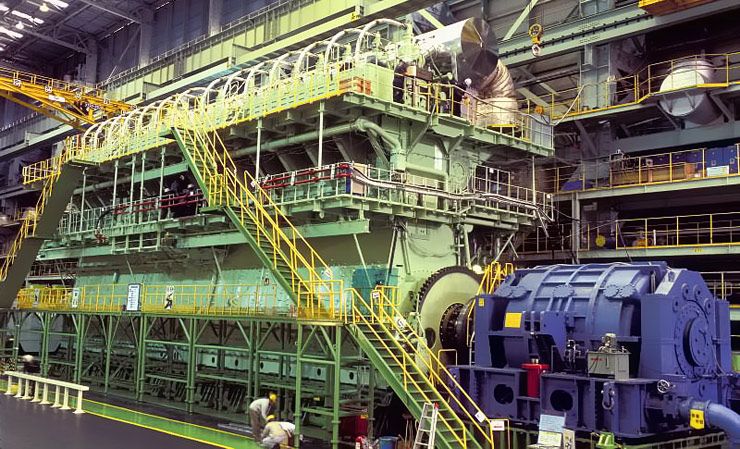 The RTA96C-14 can achieve a maximum power output of 108,920 hp at 102 rpm and astonishingly, at maximum economy the engine exceeds 50% thermal efficiency. This means that 50% of the heat generated by burning fuel is converted to power. For comparison, most automotive and small aircraft engines can only achieve 25-30% thermal efficiency. Even at its most efficient power setting, the big 14-cylinder engine consumes 1,660 gallons of heavy fuel oil per hour.

Indeed 102 rpm may be slow compared to a normal sized car engine that operates at about 2500 rpm, but with an engine is as big as this, then fast engine revolutions are made obsolete by the fantastic power output. 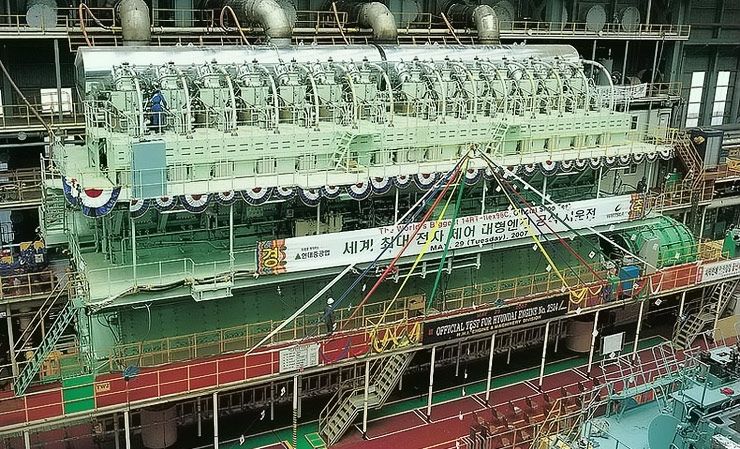 The ship will be dry docked and the portion of the hull that supports the engine-bed is cut away so that the engine-bed can be lowered and extracted.  The new engine is fitted in reverse procedure to the method stated for removal.

However, when we are talking about the Wartsila-Sulzer RTA96-C, this super massive engine and its ultra low engine revolutions will invariably last the lifetime of the ship and will never need to be overhauled.  If you were to hear one of these engines running flat out, you would believe that it was in reality, just ticking over.