There is no other 39 Plymouth Truck like this one.

There’s “custom” and then there’s custom. Sure, you can raid the Summit Racing or JC Whitney catalogs and build yourself a “custom” truck. Then you can go totally off script like Gary Corns did with this 1939 Plymouth pickup truck.
– 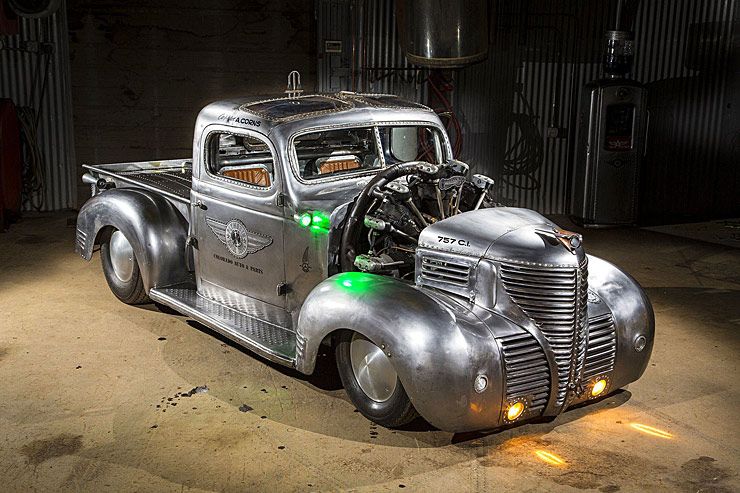 Both car and airplane enthusiasts are really amazed by the ingenuity and mechanics of this Plymouth truck nicknamed “P.A.R.T – Plymouth Air Radial Truck”.

Gary Corns and his wife Alice runs a 38-acre salvage yard in Englewood, Colorado, since 1959, so they know their way around cars. As a matter of fact, they have one of the largest salvage yards in the region that still has cool old stuff!!
– 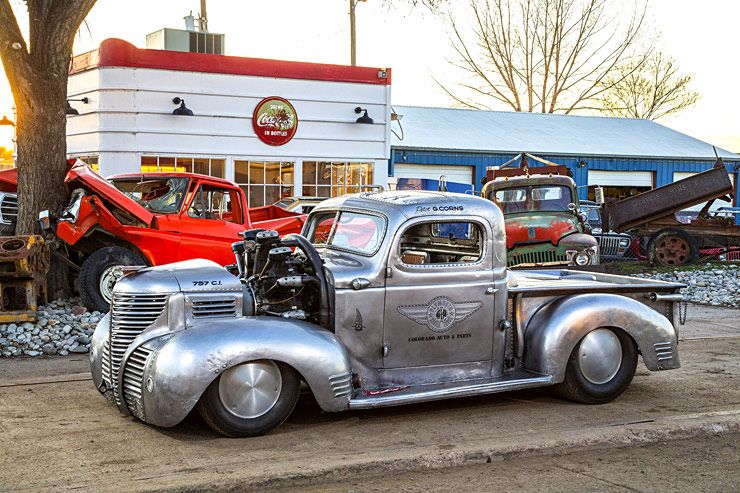 The 1939 Plymouth started as just an old truck, one that Gary picked up from a customer for a couple hundred bucks, and then sat around for almost 30 years. He wasn’t quite sure what he wanted to do with it, but he knew that inspiration would come.

“We have a group of friends who come by on Wednesday nights, and instead of playing poker, we build cars,” says Alice, and Gary adds that the rules for joining this weekly wrench-o-rama are: “Love cars, bring beer, and have a sense of humor.” 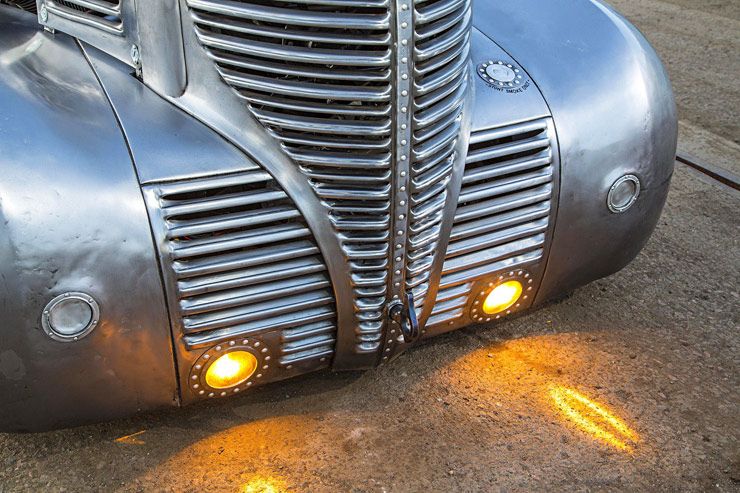 Gary and his crew have built many hot rods, 22 to be exact, and Gary wanted to do something different and did they ever do that!!! No small block chevy, no injected Big Block, no supercharged coyote, no turbo nothing!!! Gary bought a 1954 Cessna Airplane, yup an airplane! and in it was a seven cylinder Jacobs R-755 A2 Radial Engine!!! 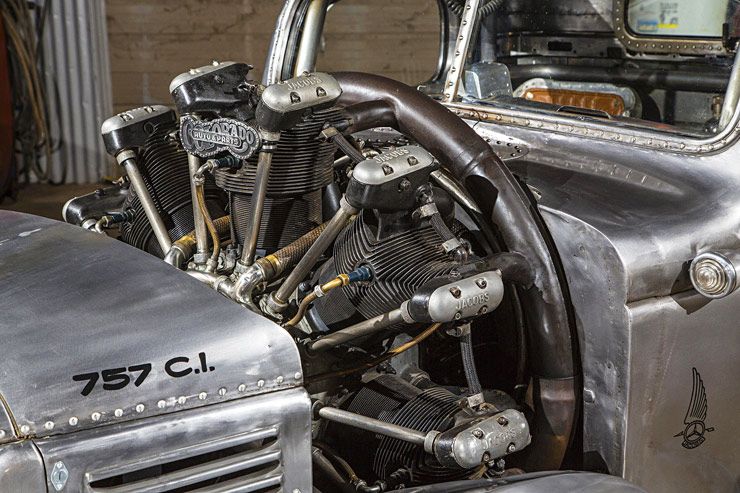 A what?????? Gary thought this would be different?!! Ya!!! Gary the 300 Horsepower 757 Cubic Inch (12.4 L) Radial Engine looks awesome peaking around the classic Plymouth truck! And its hooked up to a TH 400 transmission with a 2200 true stall converter with a Casale V- drive and a Franklin Quick change Rear End. 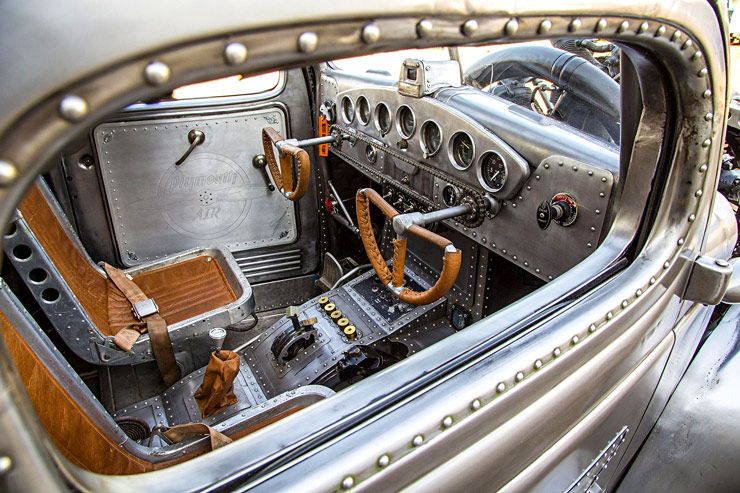 The 39 Plymouth is amazing with its true metal finish! and its WW II Bomber styling though out have made it an incredible showpiece!!! The airplane motif extends to the interior, with two steering wheels, two brake pedals and one throttle in the middle. The rivets and exterior design also channel Corns’ inner plane enthusiast … as does the JATO assist rocket in the back.

Gary has hit this one out of the park!! It is incredible from every angle and the engineering incredible.