Sometimes you start a project and life gets in the way. That’s exactly what went down in the case of the award winning 1929 Model A hot rod “Wicked In Suede”. 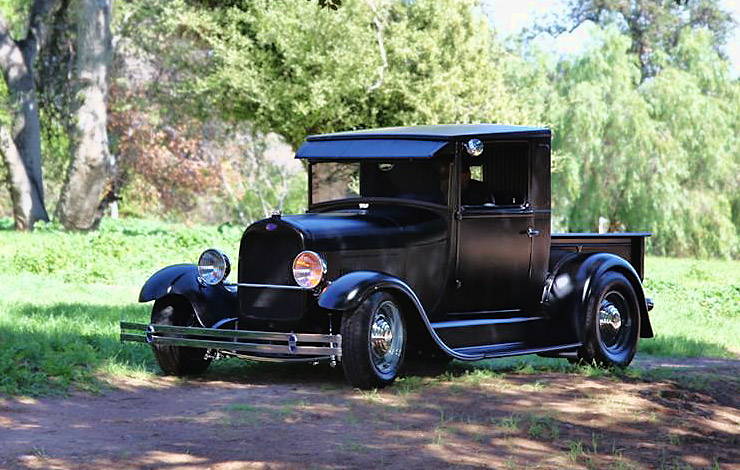 Johnny Martinez grew up looking up to his local hot rod builders. Used to ride his bike down the street to sit outside a garage while the neighbor was building a Model T hot rod. He would daydream that one day he’d be in his garage building a hot rod of his own.

Life happens! Johnny grew up, got married, had children bought a house and worked hard to support his family. He finally decided it was time to start on his project. He found a Model A truck that would be the perfect platform for his vision. “I’m lucky that my family allowed me to be selfish with the hot rod time” said Martinez.
– 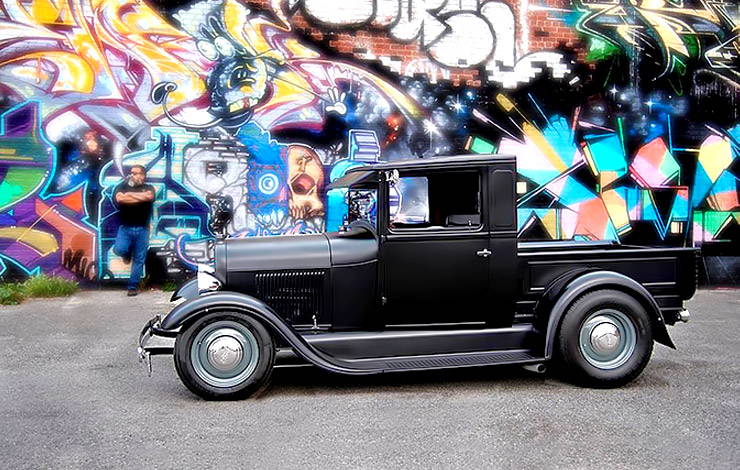 Once he got the truck home he started on tearing it down and figuring out a game plan to move the build forward. Steadily he made progress until one day his wife was diagnosed with cancer. “Everything came to a stop, the whole family was stunned” said Martinez.

It took a few years of treatment but his wife beat cancer and the family was stronger than ever. Johnny jumped back on his build and two years later he was diagnosed with cancer! “I was floored, I didn’t know what to do” said Martinez. He had just become a grandfather and secretly vowed to be around for a long time. He quickly started treatment and ultimately came out victorious. 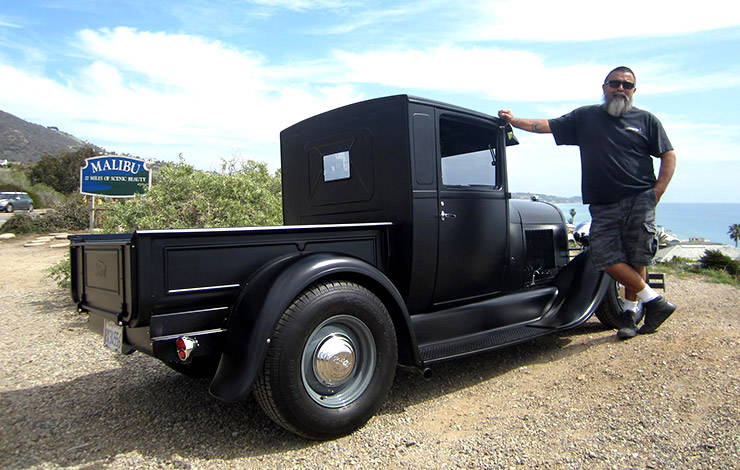 Martinez jumped back on the build but this time with a goal of bringing his hot rod to the Grand National Roadster Show in Pomona. In 2011 he entered and was accepted to show his creation at the show in the Suede Palace building. This is where all the matte painted vehicles are displayed and judged. “My truck didn’t go over very well in the category. I went home empty handed” said Martinez. A year later a call came from one of the organizers of the event. They were interested in Johnny bringing Wicked In Sueded back to the Grand Nationals but this time it would be in building 8 where all the heavy hitters are… 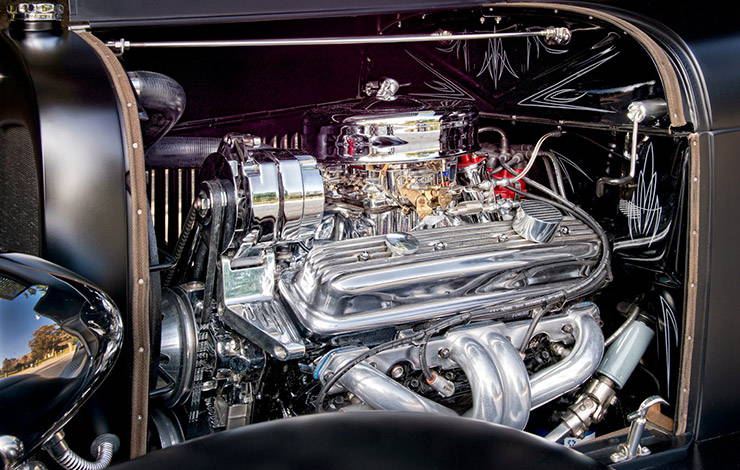 Well, Sunday night at the award ceremony they called Johnny’s name and Wicked In Suede won first place. “I won the Grand Nationals” said Martinez. Everything came full circle for the Martinez family, including Wicked In Suede. 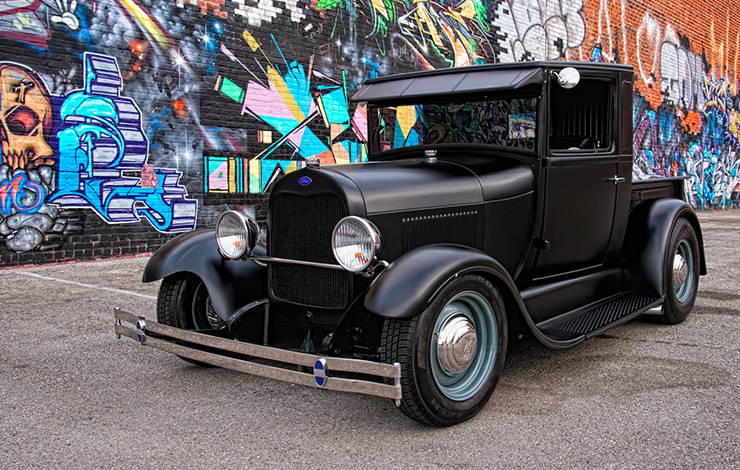 Johnny doesn’t have any current plans to build another hot rod. In fact he has moved onto another hobby. He picked up the pin striping brush a few months ago and can’t put it down. In between housework, driving the ’29 and taking a ride on his motorcycle, he is striping bowling pins, traffic signals and cars.


If you want to see some of Martinez’s work go to his Facebook page, John’s Wicked Lines. He makes amazing trophies for car shows and his custom pinstriping/artwork on bowling pins, bowling balls and other objects is simply amazing. 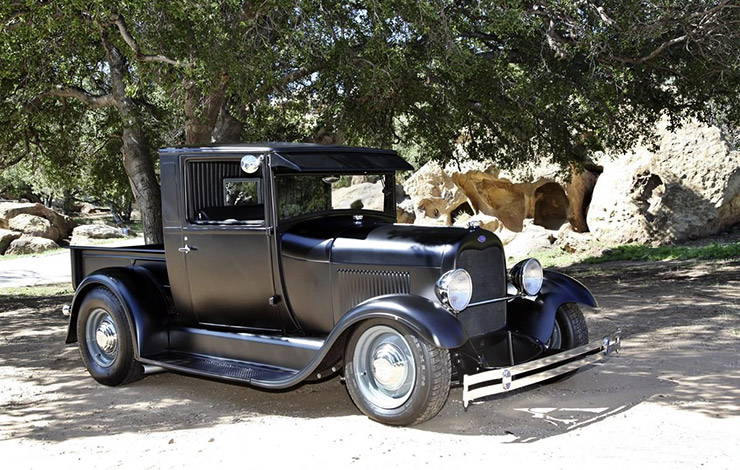 Now watch the video below, where Johnny recounts the emotional story behind his prized hot rod.