The U-2 spy plane nicknamed “Dragon Lady”  is really hard to land.

–
Capable of flying as high as 70,000 feet the plane is a flying marvel. These things climb like rockets. However, it’s not so great at landing. In order to achieve a height of 70,000ft, key components such as an ordinary landing gear had to be omitted.

Temporary wheels called “pogos” help the plane take off. The wheels get left behind when the plane leaves the ranway, but this leaves the plane with just two sets of wheels which are lined up just like a bicycle.
–
The plane’s massive wingspan makes it very difficult to control. All of this adds up to a very complicated landing process. Multiple people maintain radio contact from the ground, including another U-2 pilot. In order to land, pilots in Chevy Camaros and Pontiac G8’s chase and talk the plane down to prevent damaging its lightweight and fragile components.
– 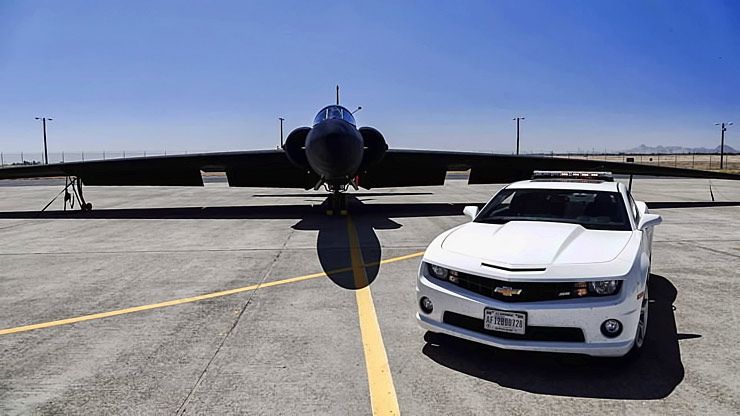 The extra pilot sits in a high performance chase car at the end of the runway and it tails behind the U-2 as it comes in. The car can get up to 140 mph while chasing the plane. The pilot in the car radios back information like airspeed and altitude.

The final 10 feet is the most critical of all. U-2 pilots will attempt to hover the plane at 2 feet above the runway, before stalling the plane and dropping it as gently as possible onto the runway (stalling at 6 feet, for instance, could result in significant damage to the plane and or its extremely expensive sensor equipment). And the landing gear itself is idiosyncratic and prone to problems – the chase car can come in handy there too. 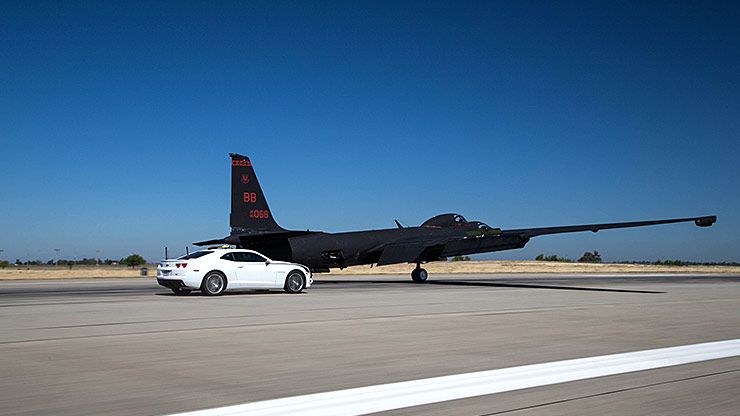 The pilot in the plane touches down and slows the aircraft while still working to keep it balanced on the two wheels.

When the plane slows down enough, one wing drops to the ground. There are titanium skid plates on the bottom of both wings. These bring the plane to a full stop. The pogos are reattached and the plane taxis to the hangar.