In 1953, Ford manufactured only a couple thousand F-100’s and today, very few of them look as good as Rod Reprogle’s “Old Red”.

Reprogle of Lebanon, Tennessee, bought “Old Red” from Gary Poole who built this beautiful 1953, Torch Red Ford truck. Reprogle, a retired transplant, has always been deep into the classic car and trucks scene and already owns a ‘34 Ford Three Window Coupe Street Rod & ‘57 Chevy Bel-Air but this slick ‘53 F-100 Ford truck is what draws our eye.
– 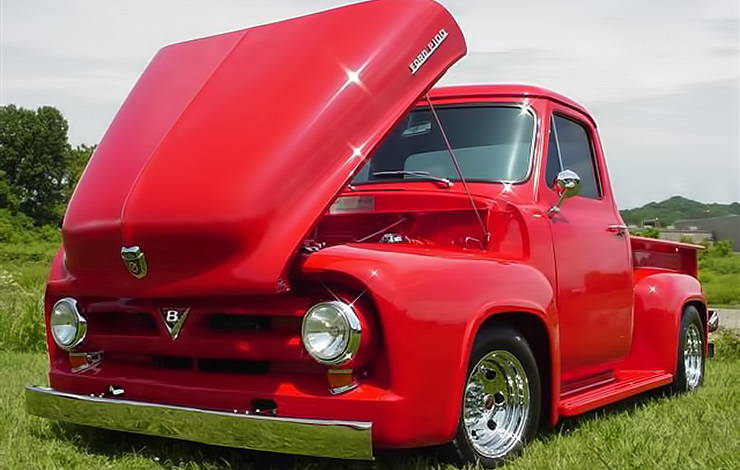 The heart of this truck is a naturally aspirated Ford 302 V-8, which puts out a generous 265hp to the Michelin rubber out back, but the look of this engine is incredible. Red paint and Chrome is definitely the under-the-hood theme for this beauty with every possible piece of the engine being highlighted somehow. Even the engine’s fan is painted to match this theme making the engine a real crowd pleaser. What better way of showing off all that color and chrome than a modified, forward tilt hood, allowing you to see just how meticulously clean Reprogle keeps his 58-year-old classic’s engine. 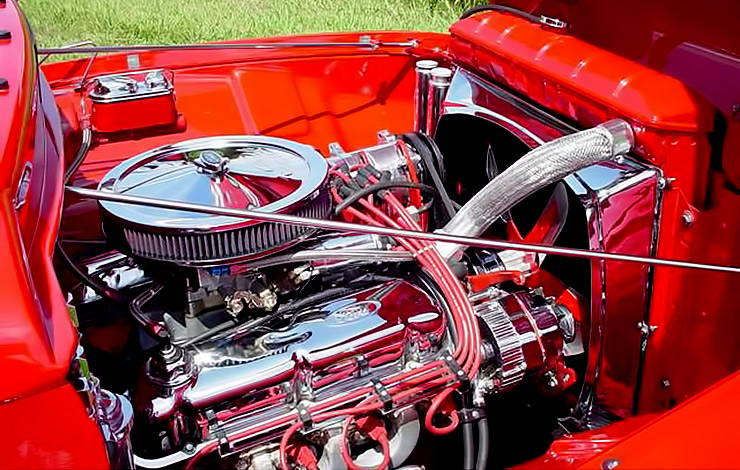 The other thing that makes a truck unique to any other vehicle on the road is its ability to haul stuff, which means it comes equipped with a bed, which for “Old Red” is another show worthy focal point. The bed paint is flawless and color-matched to the exterior of the truck as you would expect, but it has also been dressed up with stainless steel hardware and a custom, highly polished oak wooden bed kit, which is held in place with chrome rails and hardware. Overall, the bed is just another detail piece that completes the look for this truck.

“Old Red” is not just a head-turning looker, which is demonstrated with several practical performance upgrades that make beautiful, but old show truck handle and run like a much newer truck, even if it is not exactly the same technology as the ‘04 F-150. The old 50’s technology front suspension has been replaced with a lowered Valore front-end and out back the stock OEM rear-end has been upgraded to a beefier Ford 9 inch differential which comes equipped with a set of disc brakes. Changing the front and rear ends helps dramatically with increasing the vehicles overall drivability and also makes a much stronger suspension and drive train capable of easily outperforming the OEM equipment supplied more than half a century ago. 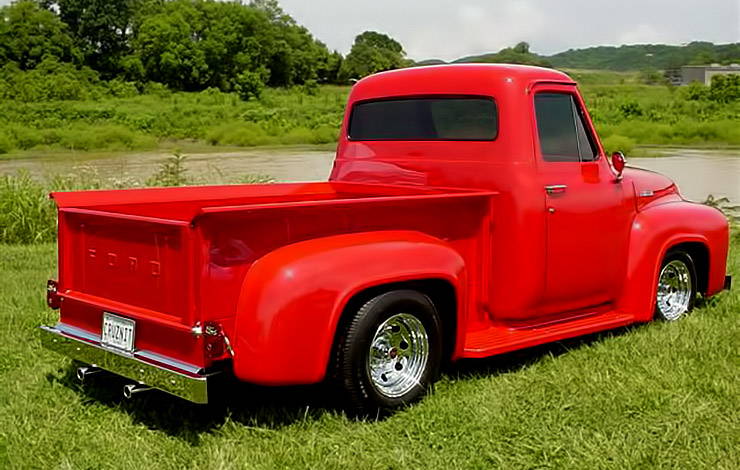 In the 50’s this workhorse truck was just that and it didn’t come with anything other than the required tools needed to get the job done which basically means it comes with doors, windows, mirrors, seats, and not much else in the way of creature comforts. “Old Red” now is equipped with a fantastic “old-school” tweed interior with custom carpeting that even sports a red embroidered Ford logo. 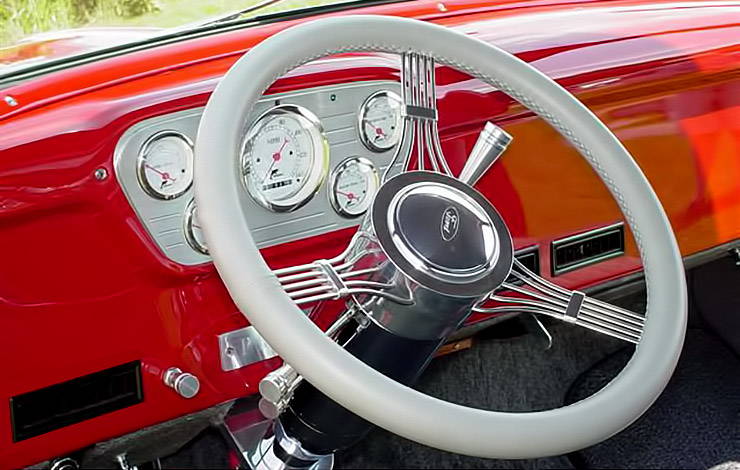 The interior also includes tinted and power windows, an Ididit steering column, new Dolphin gauges and much more. The proverbial icing on the top of this cake is the aftermarket Air Conditioning system that’s installed, making those hot summer drives back from the latest show, a pleasure. 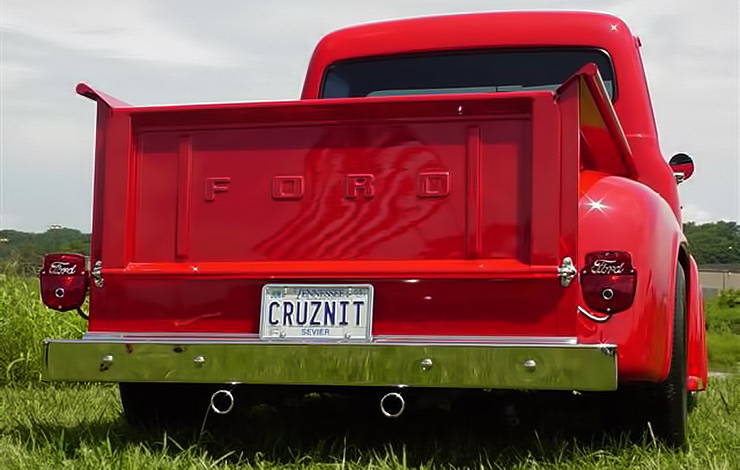 Reprogle and “Old Red” have been hitting the shows and newsstands for a while as they have an impressive amount of show victories and magazine coverage. Bragging rights include twenty-six trophies and three “Best of Shows” and has been featured in sixteen truck magazines.

If you like what you see, keep an eye open at the shows in and around the Tennessee area where you are sure to see Rod and “Old Red” taking away another first place trophy for their class. 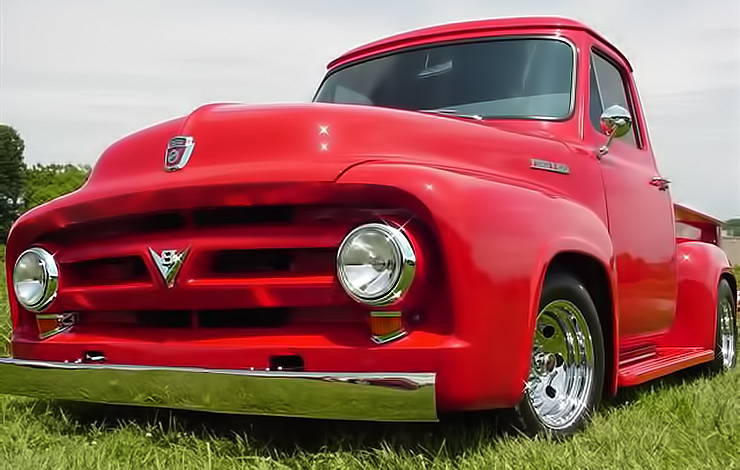