If we were to ask you for a list of vehicles that would be aggressive enough to compete with a C6 Chevrolet Corvette Z06, odds are that a Dodge Ram wouldn’t be on that list.

That idea is exactly what this Cummins owner was banking on when he headed to the strip at Street Car Takeover out in Atlanta to show what his truck could do.
– 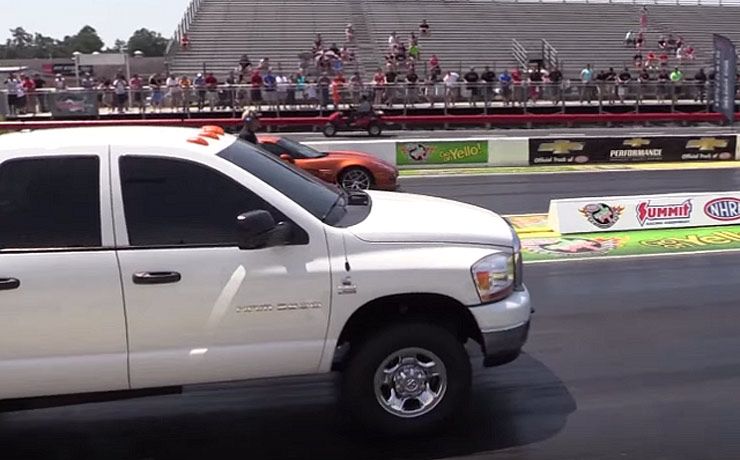 With a little bit of work, this quad cab pickup doesn’t even look like something that would be relatively quick, or even sound like it for that matter, but all that matters is the fact that it is pretty darn fast!

Built by Garmon’s Diesel Drivetrains out of Griffin, Georgia, the 5.9-liter Cummins diesel engine still uses its stock rods, though it does have decompressed pistons to handle the extra boost running through it. 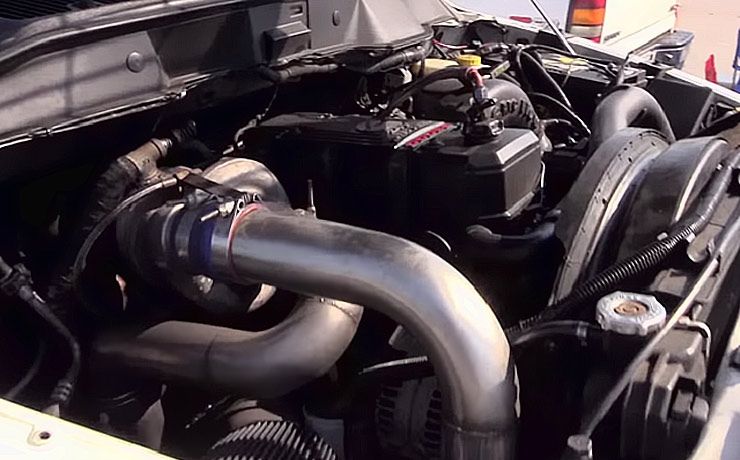 With 1000 HP under the hood, this thing leaves the Corvette in the dust! The Corvette driver was so confident that he will win the race that he didn’t even rev the engine at the start. A few people say that he jumped the line, but it looked like fair game to us!

Check out the coal roller in the video below taking down Chevy’s greatest offering on its way to some impressive mid 10-second passes. This thing shows us that diesel power is no joke when it comes to moving down the quarter mile.