The famously feuding father-son team of Paul Teutul Sr. and Paul Teutul Jr. are back. American Chopper is restarting its engines – again!

After five years off the air, Discovery Channel is reviving the iconic motorcycle-construction reality series American Chopper. The reality series follows feuding father and son motorcycle builders Paul Teutul Sr. and Paul Teutul Jr. as they put together chopper-style bikes for a high-profile roster of clients.
– 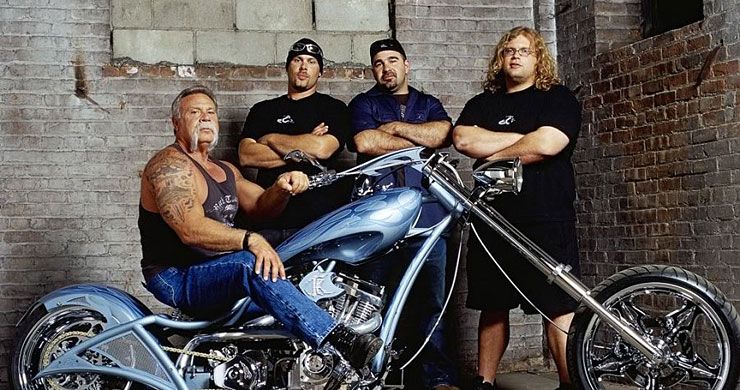 Even though it has been off-air since half a decade now, people still have a lot of interest in the ever-going saga of the Teutuls drama. Which, by the way, continues off-screen too! Perhaps the hardest thing to believe about American Chopper – and a lot of weird stuff has happened on and off screen – is that all the fighting, cursing, crying, welding, and painting was real. This is probably why Discovery thought that it’d be a good idea to get the cameras rolling at the Orange County Choppers yet again. “American Chopper was one of Discovery’s most popular series ever,” said Rich Ross, Group President of Discovery. “Everyone is eager to see what the Teutul family has been up to.”

The father-son duo vow to begin a new chapter – again and put the past behind them. Discovery said that the Teutels are hoping to “reclaim their preeminent bike brands.”
In a statement, the network added: “The Teutuls have been on a wild ride, and it certainly isn’t ending anytime soon. Paul Sr. has revamped Orange County Choppers – turning it into a complex with a shop, café, bowling alley, restaurant and of course, the showroom – but all that didn’t come without a hefty price tag and he is feeling the burden of a high overhead and a lack of foot traffic. Meanwhile, Paul Jr. has also felt the sting of a rough economy – with his business built solely on high-dollar custom-builds and commissions becoming tougher to come by, Paul Jr. stresses about the long-term stability of his own shop, Paul Jr. Designs especially now that he has his own family.” “American Chopper” returns to Discovery in early 2018.
We’re all ready with our buckets of popcorn and cans of beer.