This restored 1952 Henry J altered/gasser is owned by David Hawkins of Walkerton, ON. 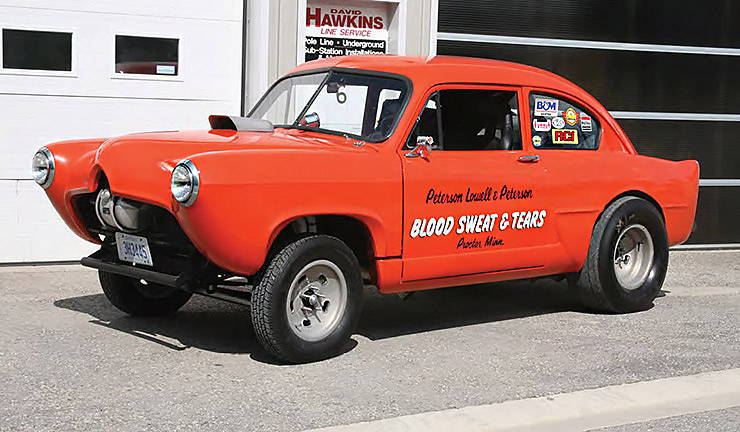 Hawkins owned a 1951 Henry J when he was a kid growing up in Walkerton, ON. He loved the Henry J body style and wanted to buy it the first time he saw it but it wasn’t for sale. Instead he ended up buying a 1956 Pontiac but shortly after the Henry J was offered for sale so he ended up with both cars. “The Pontiac had a 265V8 with a 3- speed transmission and I took the entire driveline out of the Pontiac and put it in the Henry J,” says Hawkins.

He radiused the rear wheel wells, gasser style, and actually painted the car orange. He couldn’t afford slicks so instead had huge snow tires on the back. Still the car proved not practical in the winter so eventually he replaced it with a 1966 Dodge and lost track of his Henry J.
– 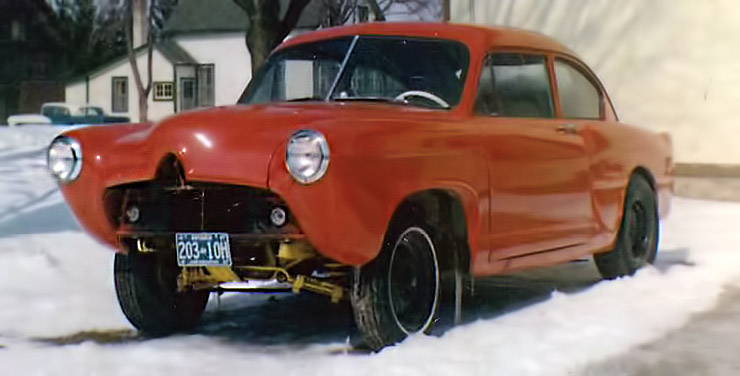 Fast forward to 2013 when Hawkins was vacationing in Alabama. He saw a listing for a vintage Henry J gasser for sale in California. It wasn’t his old car but the orange paint and radiused rear wheel wells reminded him of his car so he bought it. Here’s how it ended up in California.

Originally built in the late 1960s by Jim Sheehan and Tom Breigenzer in Duluth, MN the 1952 Anglia was initially campaigned with its stock green paint and ran a 283 SBC. It was a shop project for Sheehan and Breigenzer who purchased the car after it had been in an accident. The engine had a 25% rear set back (as per class rules) and originally ran a 1955 Chevy rear end with a Lincoln locked 4.88 gearset. 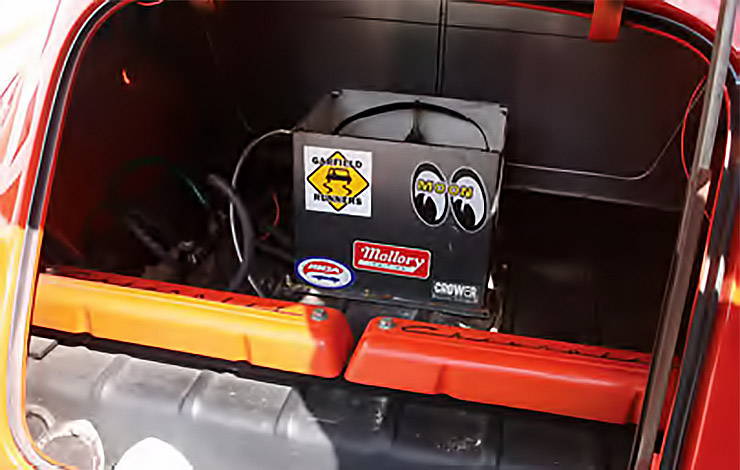 Sometime after that a Proctor, MN body shop owner, Les Tomporowski, became involved as a sponsor. It was then that the car was first painted orange courtesy paint “obtained” from The Duluth, Missabe and Iron Range Railway. Tomporowski also added the magnesium wheels and provided real slicks, rather than cheap recaps. The roof and a triangular portion of the hood was painted flat black and the Blood, Sweat & Tears lettering was added. Things soon went downhill and the body shop was closed and the car went to California with Tomporowski. 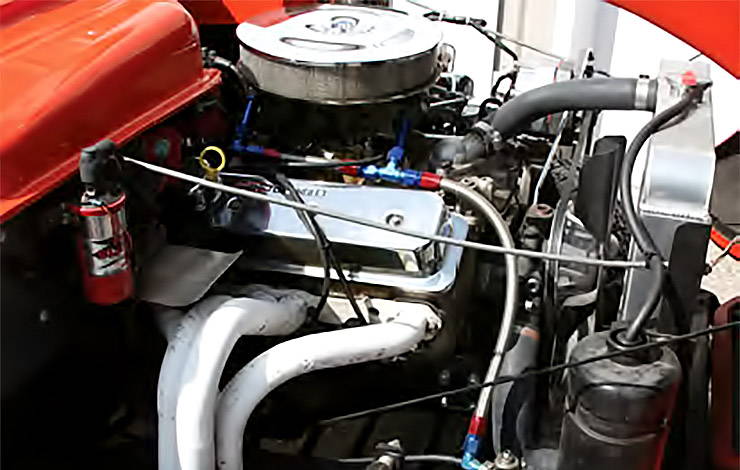 He wasn’t there too long before he came back to Proctor and the car just sat. In 1974 Mark Peterson tried to purchase it from Tomporowski but a shotgun motivated him to leave the property.


The car eventually disappeared until one day a friend of Peterson called him up to ask if he wanted to trade his 1950 Ford for what turned out to be the Blood, Sweat & Tears Henry J. It was pretty rough and had no paperwork. The driveline was gone but Peterson wanted the car so a deal was struck and he set about restoring it to see both street and strip action. 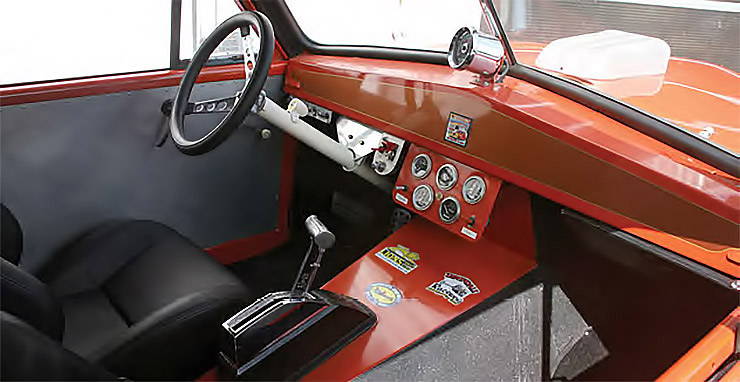 It’s now painted ’69 Chevy Hugger Orange, which closely resembled the orange from the 1960s. Peterson built a high compression 400-ci SBC with “heavily modified” stock heads and bolted a Turbo 400 to it. He also built his own headers. The front axle is a 1939 Willys piece. According to Peterson the Halibrand front mag wheels came off Jack “The Bear” Coonrods ’33 Willys gasser and the rear magnesium wheels came off the Shores & Hess Skippers Critter 1951 Anglia. Peterson says the Blood, Sweat & Tears lettering mimics the original but he added the Peterson, Lowell & Peterson lettering. (He’s the first Peterson, Lowell is his daughter, and the last Peterson is for his son.). It was also registered as a ’51.

Hawkins doesn’t plan to make any changes. He just loves that it reminds him of his Henry J. 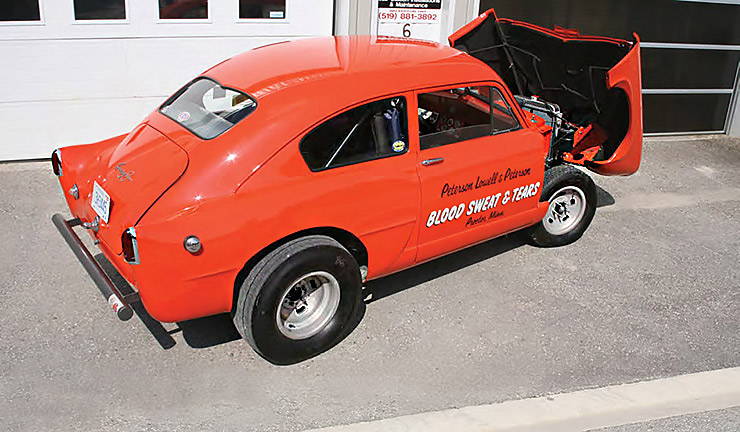