After six years of construction, the world’s largest plane has rolled out of its giant hangar for the first time.

Stratolaunch is the world’s largest aircraft by wingspan and is the largest all-composite plane ever built. With the largest wingspan of any plane ever assembled, Stratolaunch’s 385-foot wingspan is longer than an American football field. The gargantuan aircraft, which thanks to its twin fuselage makes it look rather like two planes welded together, was hauled out of a Mojave Air and Space Port hangar in California to begin preparations for a series of ground-based tests. 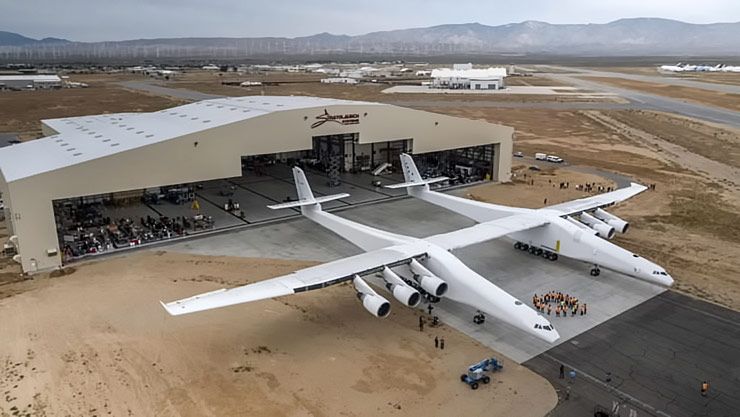 The plane was found resting on its 28 wheels for the first time after the support structures were removed during the past few weeks. The Stratolaunch aircraft weighs 500,000 pounds with the world’s largest plane wingspan of 385 feet. It is 238 feet from nose to end, and it is 50 feet from the ground to the tip of its vertical tail. 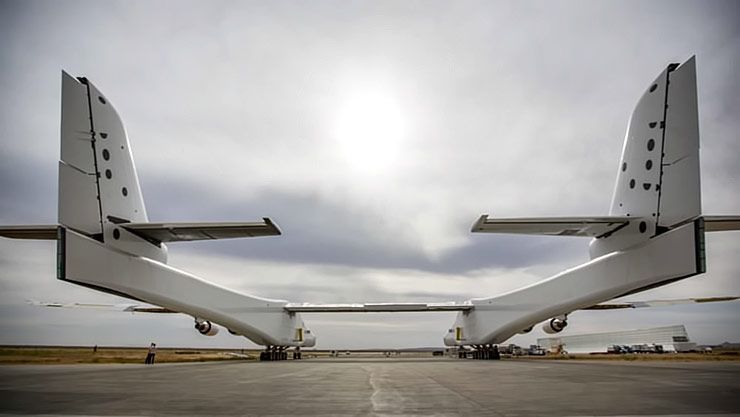 Powered by 6 Boeing 747 Pratt & Whitney PW 4056 engines, plane can reach altitude of over 35,000 ft before releasing rocket that carries the payload in to Low Earth Orbit. 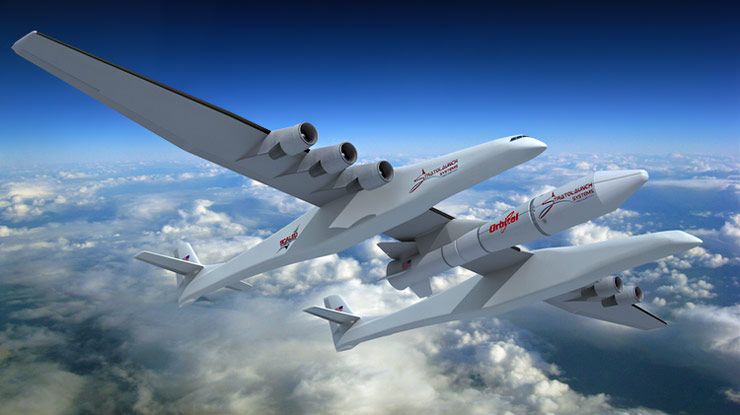 The ginormous aircraft will be used to launch a rocket that is attached to the aircraft underneath the central pylon. When the Stratolaunch Carrier reaches certain altitude, the rocket can be launched in to Low Earth Orbit where it can deploy a satellite or any other cargo. Initially, the plane will carry a single Pegasus XL rocket built by Orbital ATK, but the craft will eventually be able to carry up to three of those boosters simultaneously.

The company is aiming for a first launch demonstration some time in 2019.