Oh Man! This is some serious steampunk motorcycle loving. 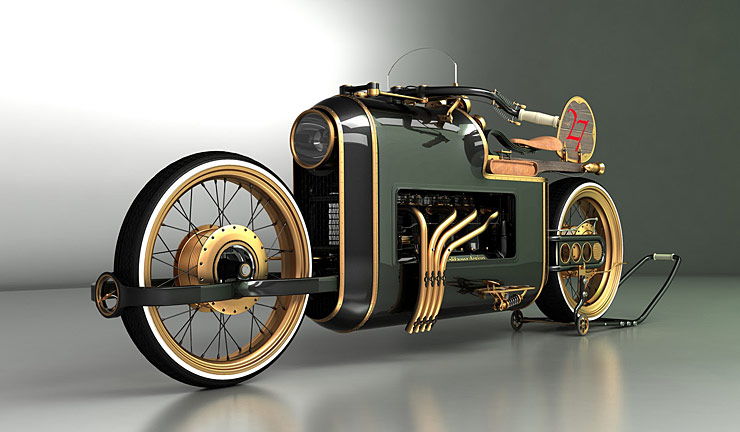 Even in the age of neon-laced Tron revivals, it’s clear that the art of steampunk is here to stay, and may even begin to find its way into real world products.
– 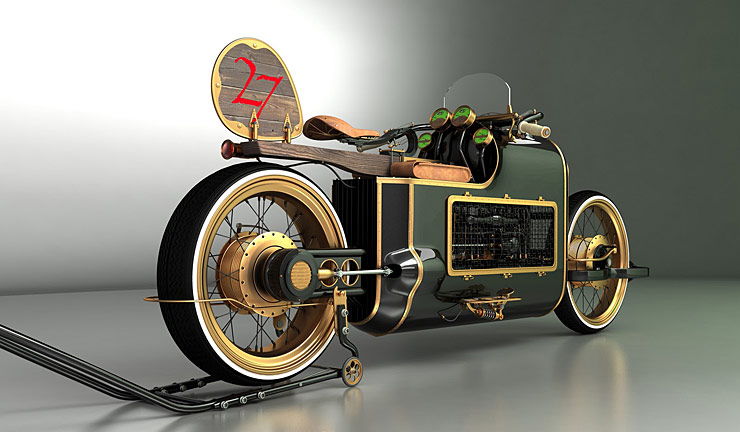 One more indication of this retro-trend is the work of Russian designer Mikhail Smolyanov, the man behind this latest take on the steampunk bike. It’s awesome that there are creative folks out there, who can take a single idea and with their imagination and abilities turn that idea into some serious steampunk goodness.

Inspired by the racing cars and airplanes of the 1920s, Smolyanov’s concept design dubbed the ARX-4 Steampunk would use a V8 engine powering wheels that move via axle rather than traditional chain link or belt drive. 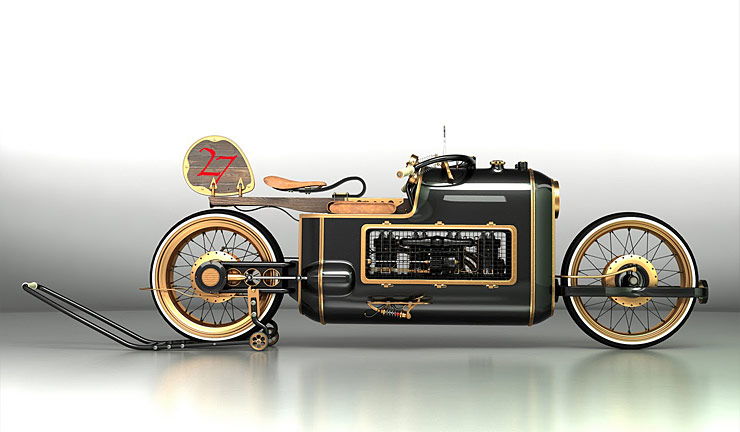 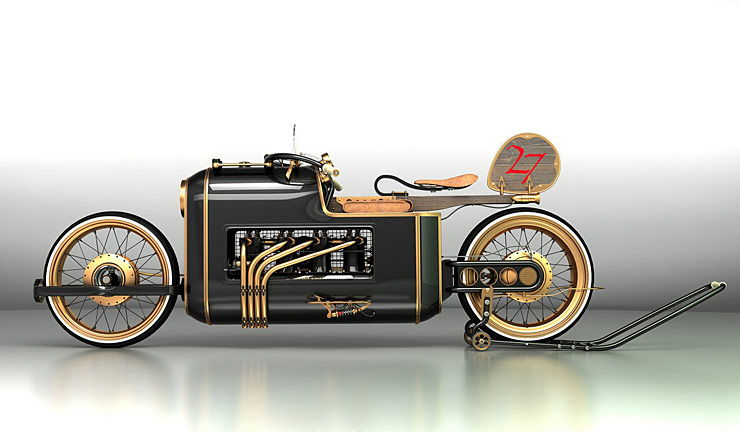 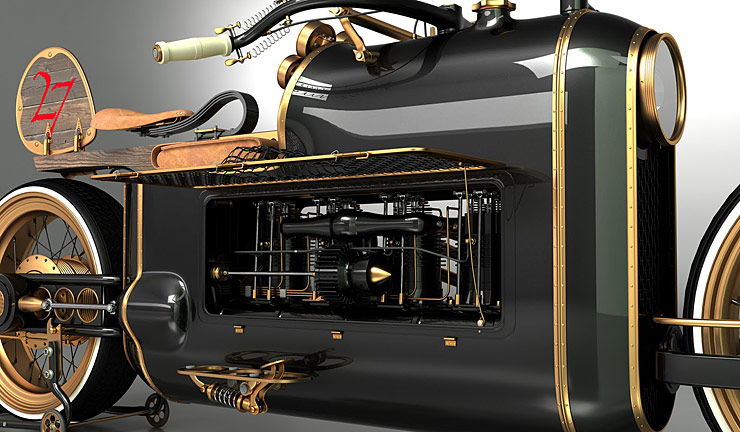 Mikhail’s concept is a modern iteration of what a steampunk would be in today’s context; else it would have been driven by steam engine which would equate to sitting on a time bomb – literally. 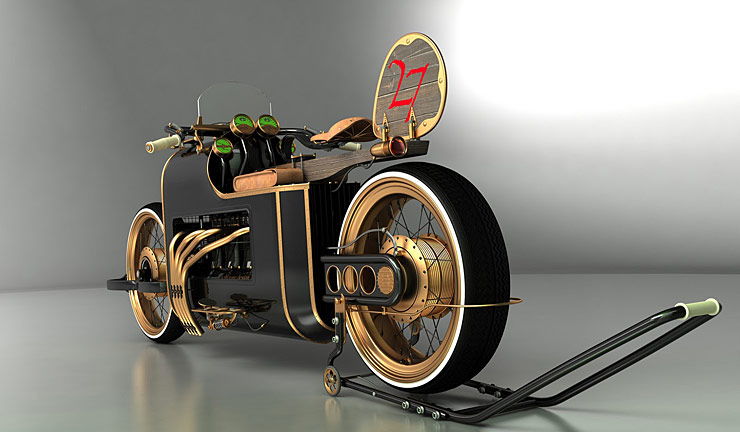 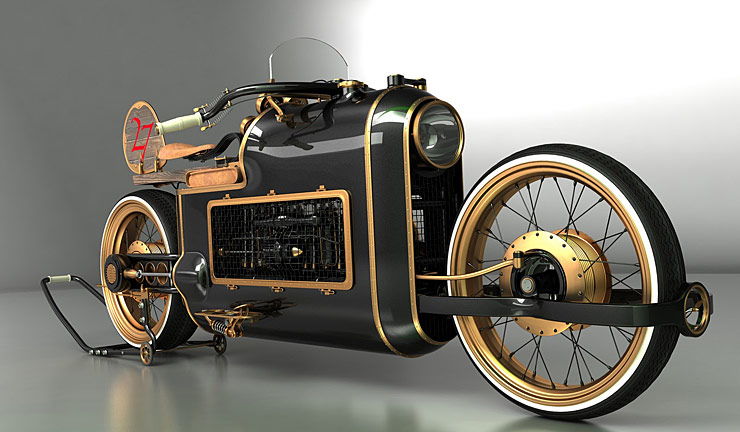 We witnessed yet another gorgeous steampunk concept. Though, a concept but it is still quite a sight to behold. And I am not ashamed to admit it – I love steampunk. 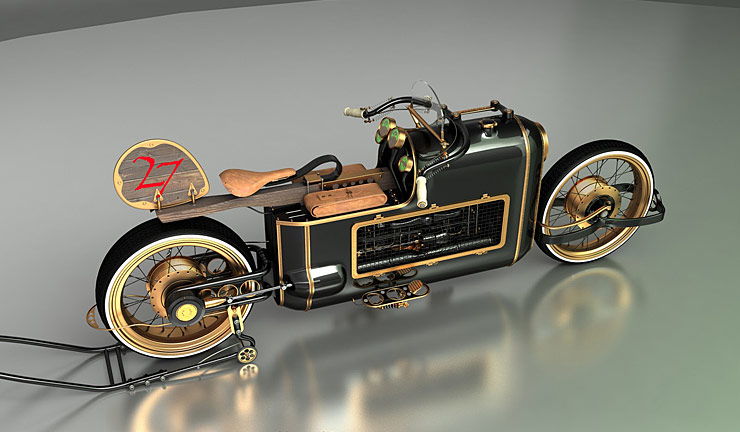 You can check out more of Smolyanov’s designs here. 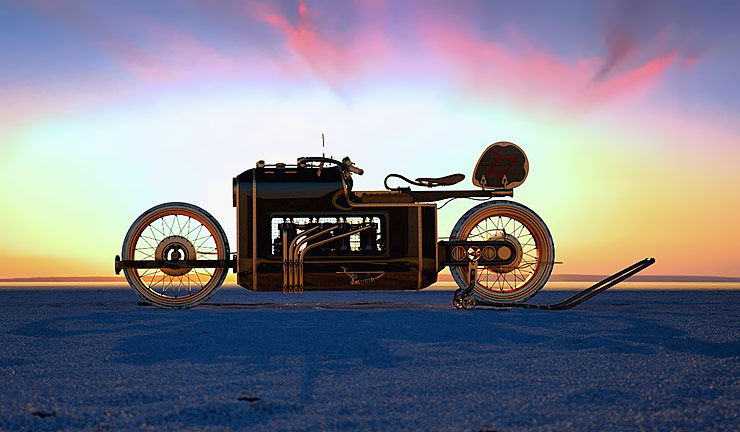