As a fan of the movie Iron Man, Jake considers himself sort of a steel man. Jake and the guys at Jake’s Custom Diesel have been building trucks for many years and this one is the latest in a long line of way cool trucks.
– 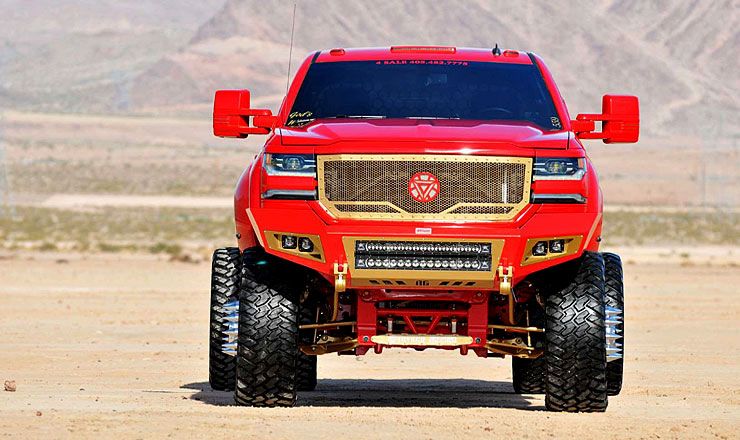 As standard practice, Jake attends salvage auctions, and he was able to find a roll-over, salvaged ’16 Chevy dually. This truck started its life as most all trucks do a short drive down a fast assembly line. Jake and his crew took it apart and when I say apart they literally took off every nut and bolt.

Jake and his father scoured local salvage yards for ways to expand the already oversized Chevy. Two good cabs were located to form one cab, but the problem was making the center door. Jake’s father designed the center door using the back door and the rear of the front door. The frame was taken apart and stretched (for the six door option) almost 40 inches to accommodate the six-door addition. Then it was powder coated, anodized or painted from the ground up and it was all done very well with a certain attention to detail.
– 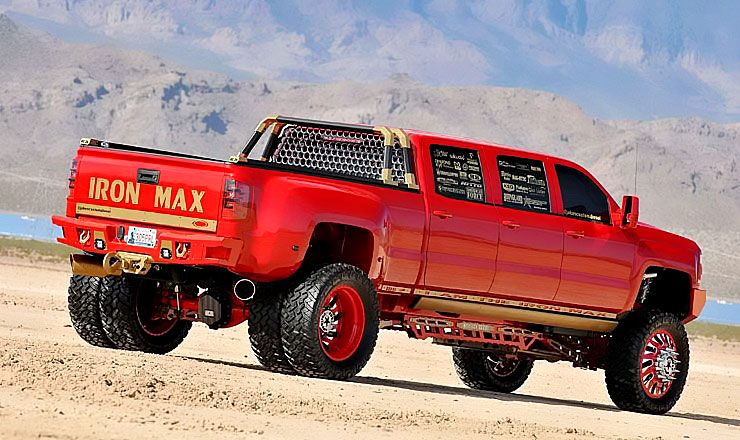 With Iron Max, Jake wanted a truck that was clean and wild at the same time. “All of our builds are for guys that enjoy waking up and driving a show queen around town,” he declares. The Duramax was chosen because at the time, only a handful of shops were trying to build a 6-door Duramax and the fact that their previous noteworthy build was also a Dually. “We love building a rough and tough Dually.” 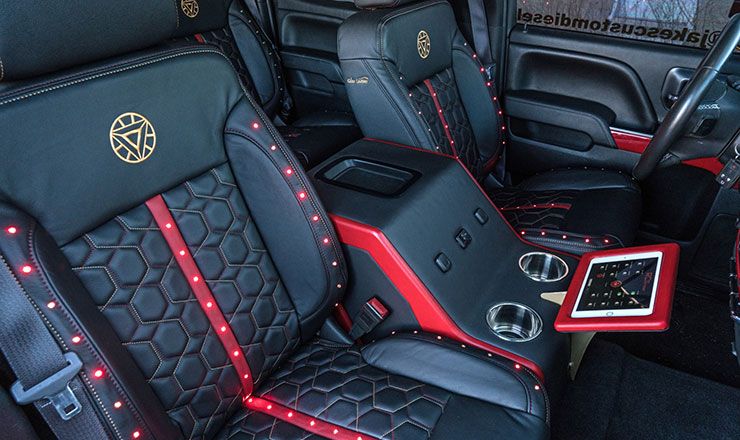 Jake knew it would be difficult to build something extraordinary, but didn’t shy away from the challenge. “The build really allowed us to showcase our craftsmanship, engineering and design ability, while also getting a pretty sweet ride for myself.” 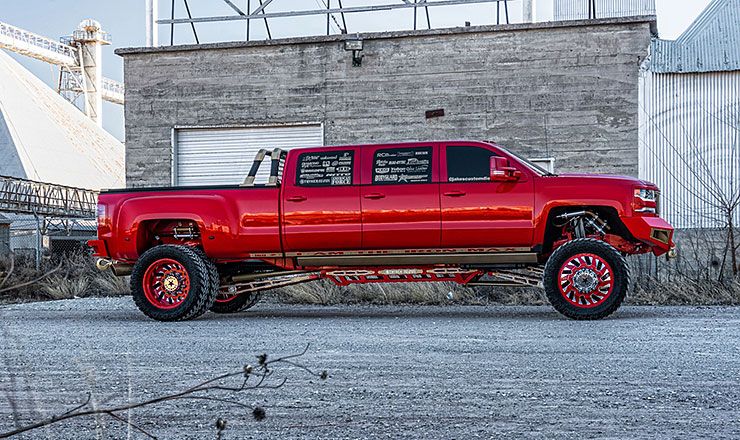 “As most builders know when you fabricate a truck for a show like SEMA there is always a time crunch that occurs. This is mostly due to the massive amount of product being shipped to builders and it does not help when you procrastinate a little too long because you’re trying to make the build perfect.”

And perfect is how you can describes this Chevy Silverado IRONMAX 6 door custom truck.