Discovering Transylvania Production team embarks on their dream to see the last frontier of the world…Siberia. 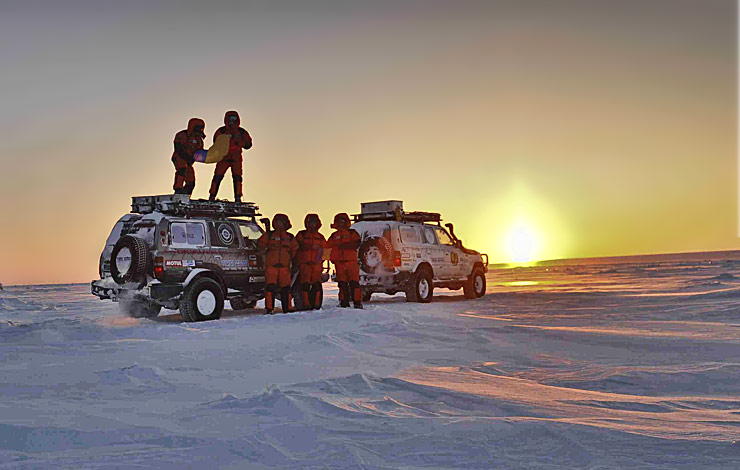 Siberia is one of those beautiful places perfect for extreme off road traveling! It’s a unique land to visit. Extreme conditions, blizzards and plummeting temperatures all the way! We are presenting Sebastian Popescu, a part of eight man team that visited a magical and potentially deadly part of our planet! Here’s what Sebastian has to say about their accomplishment.

Sebastian Popescu is a TV producer and professional photographer for Discovering Transylvania Production.
–
“I remember exactly my first connection with off roading, it was at the beginning of 2004 in Wales, that was my first off road expedition, it’s where my addiction started. After that I repeat the experience nearly every weekend with friends, but a stronger connection with the Romanian championship started in 2013. I became a TV producer for one of the biggest sport channels. Last year I had the opportunity to compete in the Romanian off road championship and I took the opportunity, I was copiloting for the former national champion. I finally combine both my passions for off roading and filming.”
– 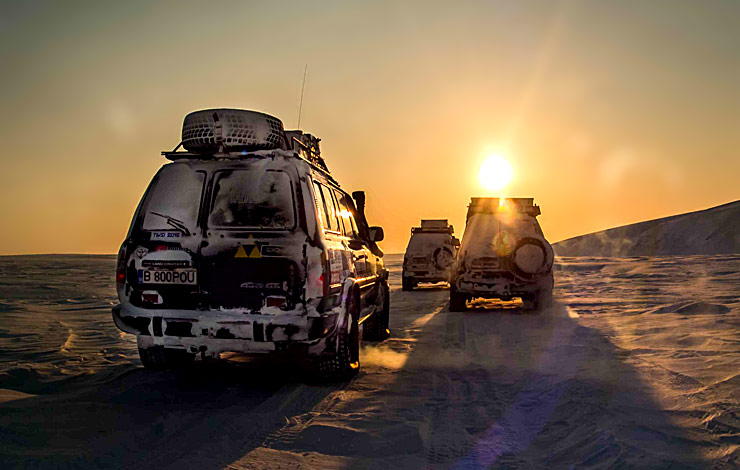 How did you come up with the idea of your Siberian Adventure?

“Honestly, the idea wasn’t mine. I received a call from Cornel (a friend of mine) from the Romanian off road community and he told me about the expedition and asked me if I like the idea and if I want to go. I said YES straight away and for that experience I want to thank him. It was one of the best experiences I ever had!” 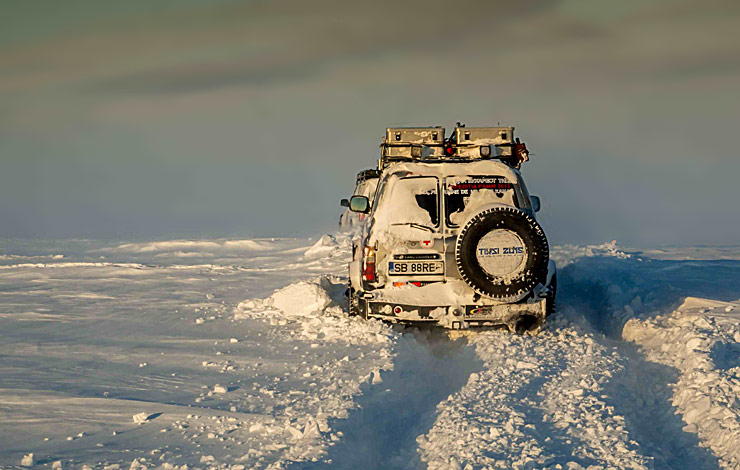 What was the goal of the expedition?

“The goal of our eight man team was to reach the 73rd parallel. Our next challenge was to film a documentary about Siberia and our adventure.
We spent nearly 2 months there and eventually reached Tiksi which is the northernmost city and the goal of the adventure.
Another pleasant experience was to drive on frozen rivers, especially on frozen ocean. For nearly 2 months we “enjoyed” off roading 24 hours a day in hard conditions, often in blizzards and temperatures far below absolute zero. Amazing!” 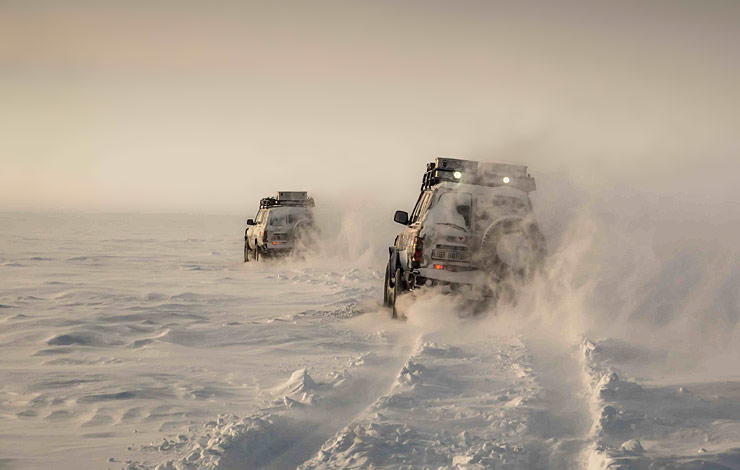 Preparations and your “fleet”?

“Preparation was actually our first adventure. Cornel and Mihai did the biggest and hardest jobs preparing the cars. We had 3 Toyota Land Cruisers HDJ 80, 4.2 diesel. Actually, preparations started a year before and it was rather difficult because we didn’t have enough information about those places. 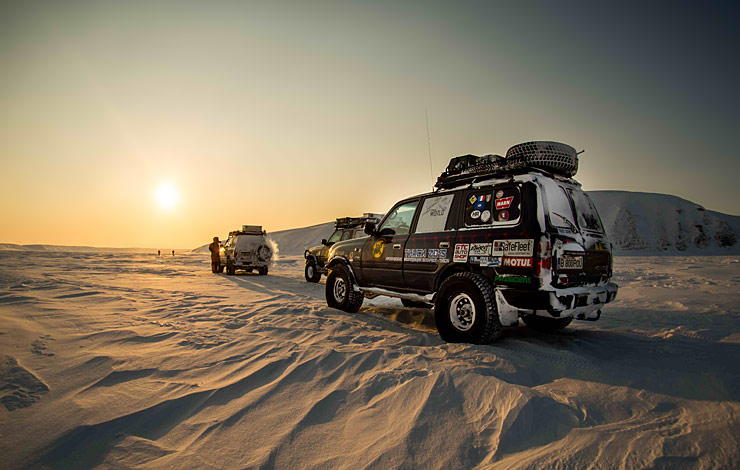 Each car was additionally insulated, additional heaters were installed for the engine and passenger compartment. I think the biggest challenge was finding the best tires. My problem was to find photo and video equipment reliable enough to resist extremely low temperatures.
As I said before, this expedition was my best experience ever.”