A truck parked next to a train track in Vietnam ends the way you think: BADLY.

The vehicle was left unattended by a railway line, the truck driver was sitting on the pavement opposite of the trail and didn’t do anything when he heard the train horn. As a result, the truck ends the way you think, badly, and is partially destroyed by the train. This is why you do not park your car close to the train tracks!
– 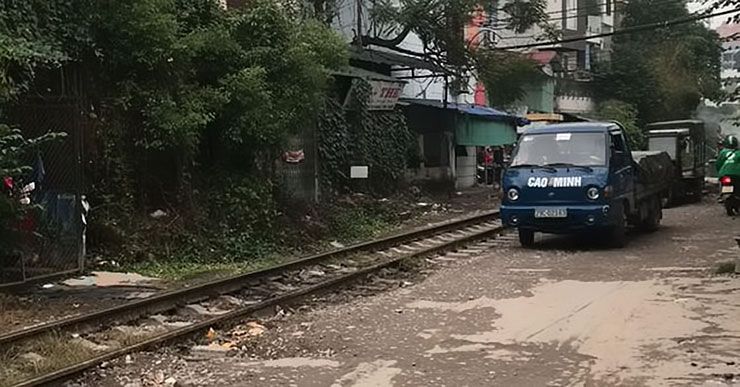 Video shows a small blue truck parked right next to a singular train track in Hanoi, the capital of Vietnam. The train can be heard coming in the distance, the horn is roaring, but there is nobody coming to claim the blue truck and repark the vehicle elsewhere.

The train cannot slow down and ploughs into the side of the truck with all of its speed, making a huge crunching sound, blowing off the rear-view mirror. As the train continues to move through the tracks, it causes significantly more damage to the vehicle, the windshield is broken and glass is sent shattering to the ground.

Moments later, a man is seen walking towards the truck, supposedly he is the driver. He is trying to get inside the truck, but with no luck, because the damage is already done! 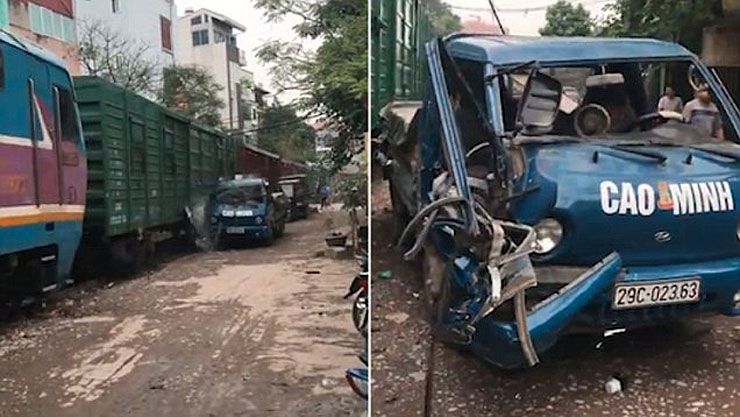 The man is forced to quickly back away as the weight of the train pushes into the truck, leaving it as a destroyed pile of metal. The clash completely smashed the right side of the truck and tore the passenger door from its hinges.

Luckily there was nobody inside the truck because it was seriously destroyed by a freight train! Hopefully, the driver learned his lesson!