If you liked it, you would have built it yourself.

It’s been an incredible journey for this dangerously dumped Nissan Pathfinder, from scrap heap to “show ‘n’ street”.
– 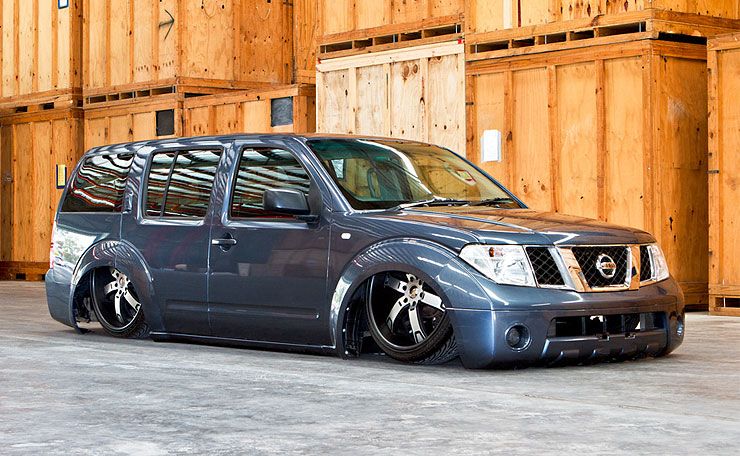 For as long as he can remember, Sean Bloemers has had more than just a passing interest in automobiles, even if by his own admission the early days were a little rocky. One of Sean’s friends informed him of a 2009 Nissan Pathfinder that was at the local wreckers.

“It was a flood-damaged car and it was disgusting – I think there’s still mud on the hood-lining!” Sean explained, “The body was ‘mint’, though, and it was everything I needed for this project. I wanted to build a D40 Nissan Navara but when this car popped up I couldn’t pass it up. I always liked the shape of the Pathfinder”. With that, the boys put it on a trailer and carted it home on the back of a 4-cylinder Rodeo: “The ‘Deo didn’t like that!”
– 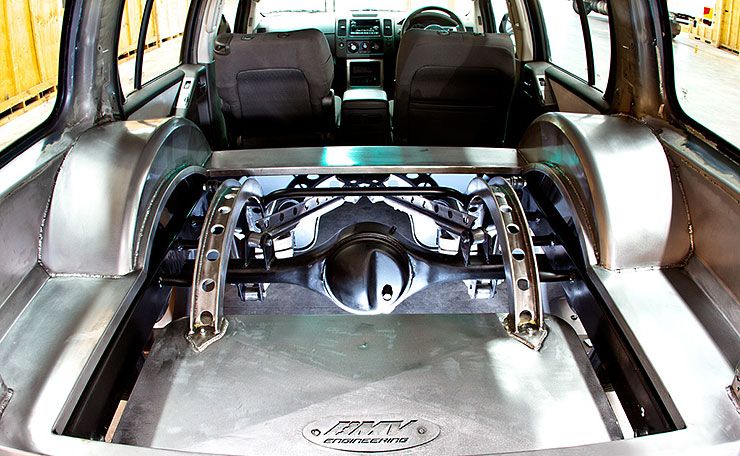 Sean admitted that he wasn’t planning on doing a full rebuild, but as the project progressed, it simply snowballed into a massive job. “Chris at BMV Engineering helped build and design it. He’s a Hot Rod enthusiast deep down, so he’s added a touch of his style along the way with the hole-saws and I-beams”, Sean explained, “We just wanted it all to flow and look as unique as we could make it. Everything on this frame is handmade by Chris and Titty. A lot of fabrication and skill has gone into it: oxy-cut, hole-sawed, bent, grinded, rolled, radius corners…”

This Nissan 4×4 resides on a chassis fully customised from the firewall back. In fact, 50mm were cut off the stock sills, then new sills were made so the Pathfinder lay completely flat on the ground. Even with its belly to the bitumen, Sean is still able to shut the doors and bonnet. 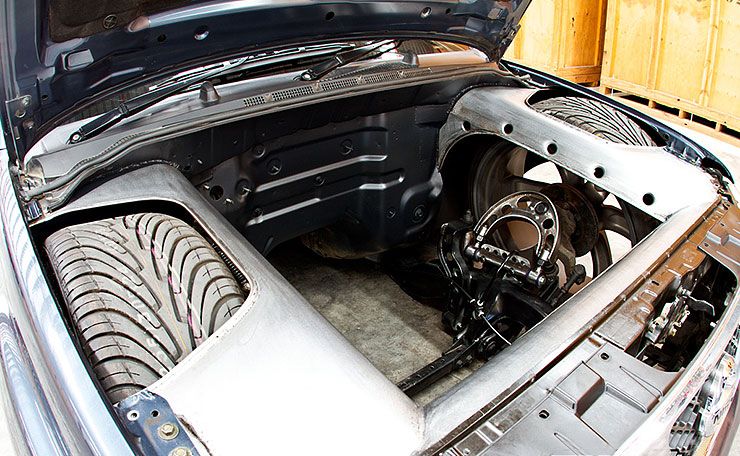 The rear seats were removed to make way for the extensive sheetmetal work, including the entire floor. To accommodate the monstrous 24×9.5-inch KMC Brodie wheels, the firewall, door jams and rear doors had to be tubbed. 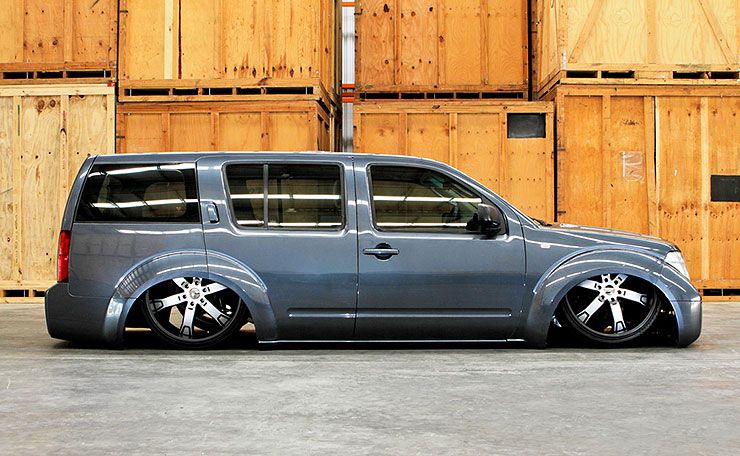 Sean’s Pathfinder is dumped on Slam Specialties airbags; the chassis acts as the air tank and has been pressure-tested to 200psi. More specifically, they’re RE-6s in the front with custom adjustable plate arms. Out the back, RE-7 airbags work with the hole-sawed I-beam canti-lever set-up for the one-off, adjustable sleeved 4-link rear-end. The standard diff was shortened 50mm on either side, while the modified steering uses two Flaming River steering knuckles and a heim joint. There are one-of-a-kind adjustable upper arm plates, plus adjustable tow-in and toe-out on the bottom arms.

These “true” minitruck builders definitely know what it takes when it comes to custom fab work, its truly amazing what they are doing. 110% awesome, it doesn’t need a purpose, it’s just cool and showcases clever fabrication. 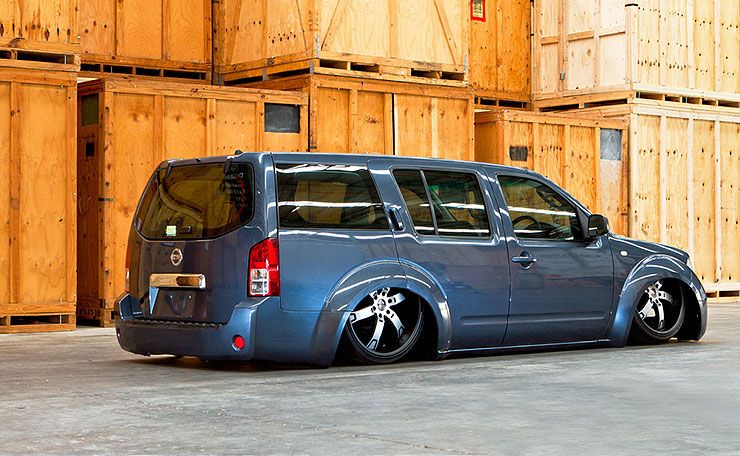