Richard Petty, nicknamed The King, is the most decorated driver in NASCAR history, and one of the most respected names in NASCAR.

His unsurpassed record includes 200 race victories, seven of those at the Daytona 500 along with seven NASCAR championships. His great attitude on the track and in the public eye gained him millions of fans around the world.
– 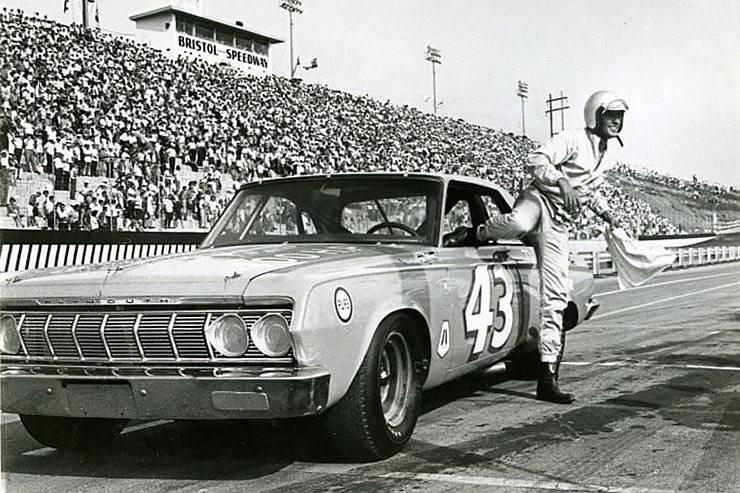 He has raced Plymouths exclusively since 1958 when he joined the NASCAR racing team of his father, Lee Petty. His first full season was 1959 when he won Rookie of the Year honors. The Plymouth with brand-new 426 ci Chrysler Hemi engine is what Richard Petty drove in 1964. He was the top contender in the Daytona 500 and that was the first of his many wins that season. This wasn’t the vehicle of choice that many people would have selected for him, yet he had a vision that he would be able to do very well with it.

In 1967, Petty was able to win more than half of the races that season with his Plymouth. He had 10 of those wins in a row and it wasn’t believed that anyone could compete with him on the large scale.
– 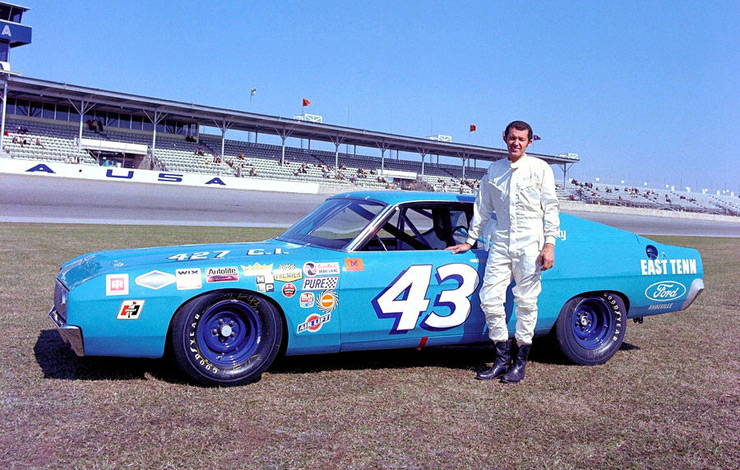 In 1969, he decided to change to a Ford Torino. Ford lured Petty away from Mopar, and The King finished second in NASCAR Grand National Series championship points that year. He was running competitively with the Ford almost immediately and did fairly well that season, but obviously it was not like being in Plymouth which was sort of his home. Many were upset about that decision but he was dedicated to the car. However, this car only lasted for a year.

Plymouth wanted Petty back for 1970, so it created its own winged warrior for high-speed ovals and tri-ovals: the Plymouth Superbird. Serious aerodynamics were just starting to become a thing in NASCAR racing, and the Superbird was the ultimate aero warrior, winning 33 out of 48 races, with 18 of those being Petty’s. It was blue and had his number on it, and that is the one that many people remember as being so glorious for this NASCAR driver. 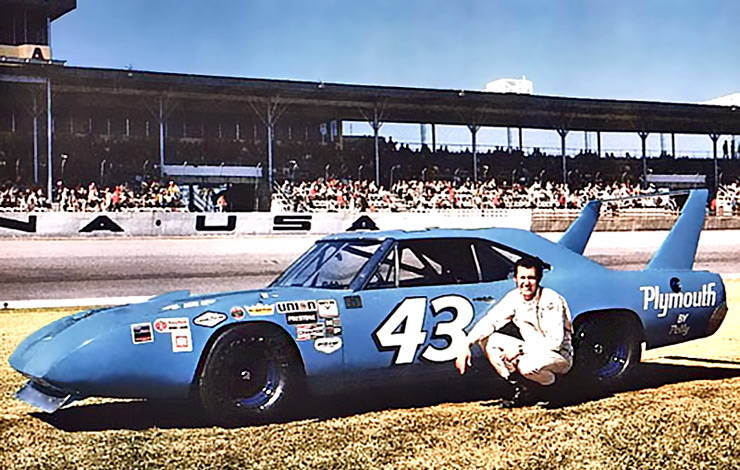 Many believe that this particular model was liquidated with the intention in mind to get Petty back behind the wheel of it. That may not be entirely true, but that is exactly what occurred. When Plymouth made that change, Petty definitely showed his loyalty to the Plymouth vehicle. In the eyes of many consumers, that was good enough of a wholesale pitch for them.


The following year, 1971, growing safety concerns forced NASCAR to limit the engines in winged cars to 305 cubic inches or 5.0 liters. This took away any aerodynamic advantage they had. So, after two brief years, the Aero Wars ended. But the 1971 Road Runner earned Petty even more wins, some 21 out of 46. 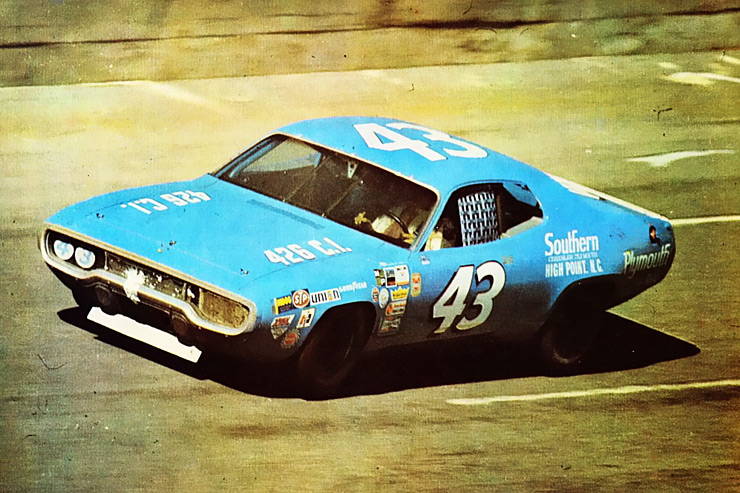 Richard Petty will always be well remembered for his contribution to the world of NASCAR. He will also be remembered for the various vehicles that he drove and brought to life on the racing circuits. Many of them saw glory when Petty drove them past that checked flag for a first-place finish.

Many fans of Petty decided to drive a Plymouth Superbird, too. That was a driving factor with so many of these vehicles being sought after from consumers after they were no longer reproduced. Today, they are great wholesale restoration cars and one that can help someone to enjoy those memories of watching Petty drive in so many exciting NASCAR races. 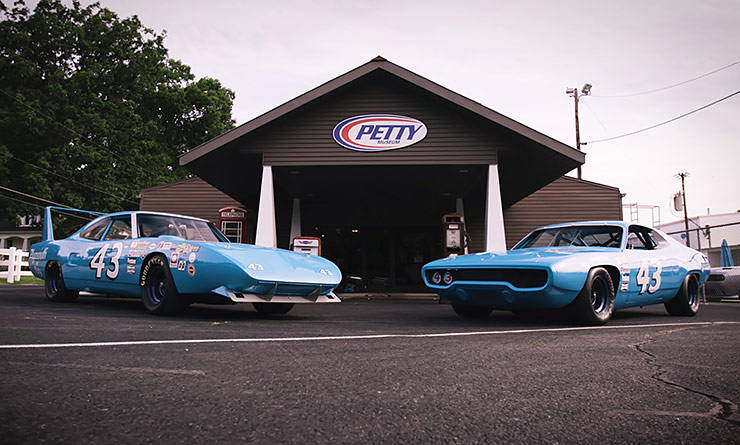 You can visit Petty Museum, in Randleman, North Carolina, where you can learn the unparalleled success story of one of the founding families of stock car racing and where many of Richard’s NASCAR race cars and memorabilia are on display.