Rezvani Motors is the tiny California auto manufacturer founded in 2014. Rezvani made a name for itself with radical super cars with aggressive names like BEAST.

Now they are offering the world this awesome 4×4 SUV and with optional bulletproof sheet metal, it’s got a perfect name. TANK! That’s the name, seriously.  The TANK certainly seems to fit in with the company’s supercars.
– “We wanted to offer a fresh design for a purpose-built, rugged, off-road capable vehicle that was muscular, well proportioned, and brand new,”CEO Ferris Rezvani said. “The design was inspired by extreme off-road concepts typically never seen on the road.”
– 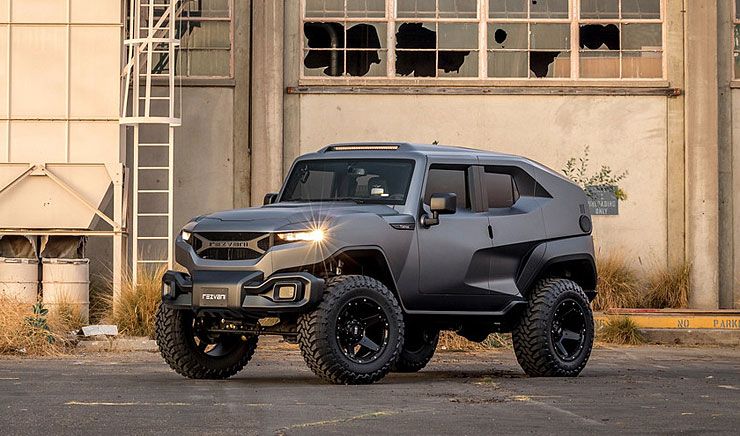 Based off a Jeep Wrangler, it’s got the same stock motor, a 3,6 liter V6. But come on, it’s a TANK. And it weights north of 4,300 pounds, so you should otion it up to the 6.4 liter V8 which is found in SRT Charger and Challenger. That’s gonna give you 500 horsepower, and make sure you this baby can go over anything. It’s got the same legendary four by four system as the Wrangler, so expect to be able to go absolutely anywhere, but maybe the coolest thing is that it has a heat signature and night-vision display.

The Tank’s most outrageous feature is an option package that features bulletproof glass, military-grade run-flat tires, Kevlar armor in the body panels, and Kevlar protection around the fuel tank, floorpan, and radiator. Oh, and you can also gear up with “blinding lights,” strobe lights and a tack dispenser to baffle and incapacitate your enemies. 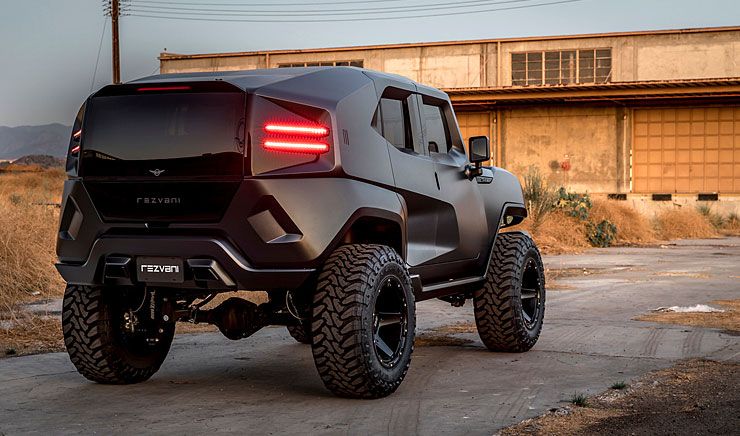 Frankly, I’m surprised this thing doesn’t have a gun turret, I mean it’s called TANK, right? The TANK is street-legal and you can pre-order for just $10.000. But be forewarned, the standard price is $146.000. 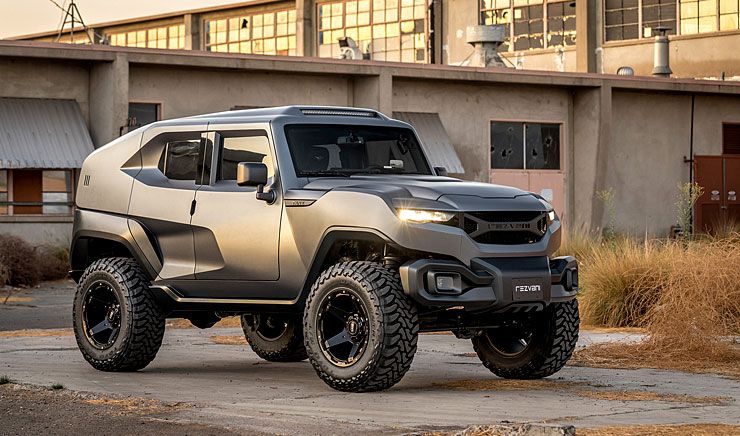 When you add in 32K for that 6.4 liter V8 and up to $95.000 to buletproof it, that’s quite a lot of money for even some of the affluent folks who don’t mind shelling out on souped-up supercars and SUVs.

If you want to live like an oligarch, you’ll have to have the wallet of one, too.