Restoring the truck to its original beauty would be no easy task. Years in a barn, as well as the six months it had been exposed to the elements in the field, had taken its toll on the truck. Still, Hatfield and his team were determined to turn the pickup into a “Bronze Coated Beauty” again.
–
“The restoration took 4,000 hours and was completed in eight months,” said Hatfield. Despite how long it had been stored, the truck was in decent shape. Although it was missing its engine, it still had many priceless features, including the original Tommy the Greek pinstriping on the dash and the dropped axle built by Winfield himself.
– 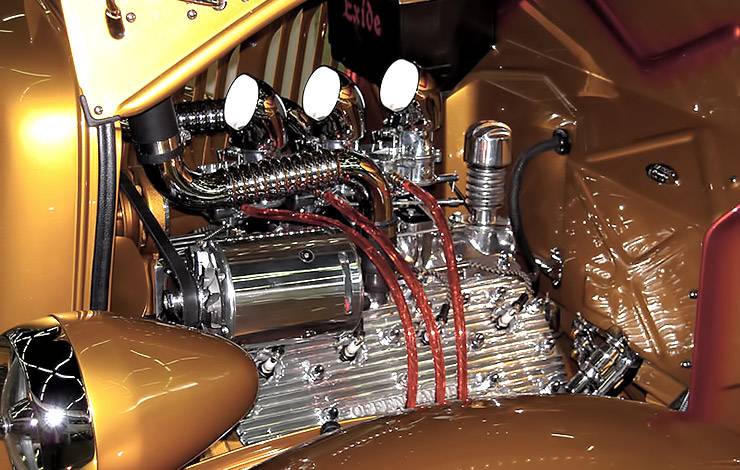 The truck was completely torn apart, blasted and repaired. Mike Herman of H&H Flatheads assembled a new 296-cubic-inch Flathead engine for the truck, which was installed with the original Winfield cam and a 1940 transmission. Offenhauser heads and an intake with two polished 97 carburetors were also added.

To return the bronzed luster to the pickup, the team stripped the old blue paint and spent hours trying to perfect the bronze color.
– 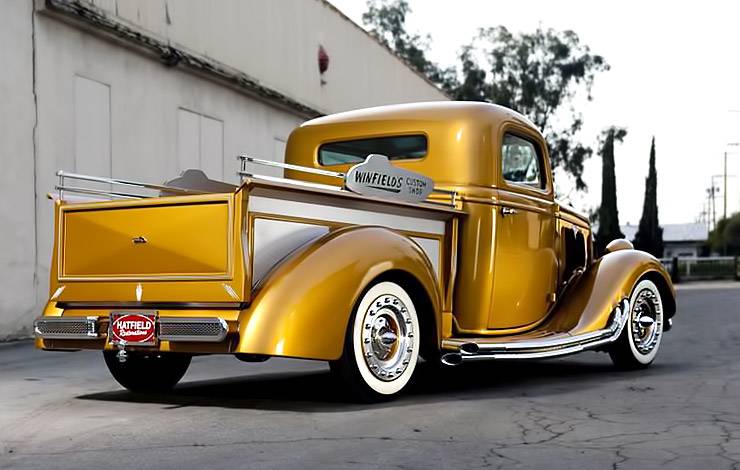 “The color was matched from samples on one of the shock absorbers that had been originally painted by Gene Winfield,” said Hatfield. He sent the shock absorber to PPG’s labs, where the company finally perfected the color.
– 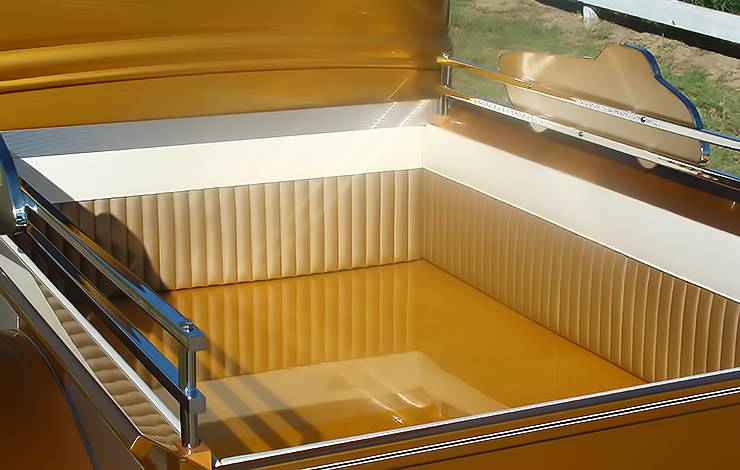 “It’s a perfect match to the bronze gold metallic originally on the truck,” said Hatfield, of the color that his painter, Michael Stovall, sprayed the truck. The original Tommy the Greek pinstriping and lettering was redone by Daniel Gay of Wylie, Texas.

For the truck’s interior, Hatfield took some of the original fabric he found on the old seats and door panels to Dean Boyd of Sunbelt Fabrics in Dallas to try to find a good match. Boyd supplied him with gold and white material from a 1957 Oldsmobile that complemented the truck’s exterior. Tony Chamberlain did the entire interior in-house at Hatfield’s. 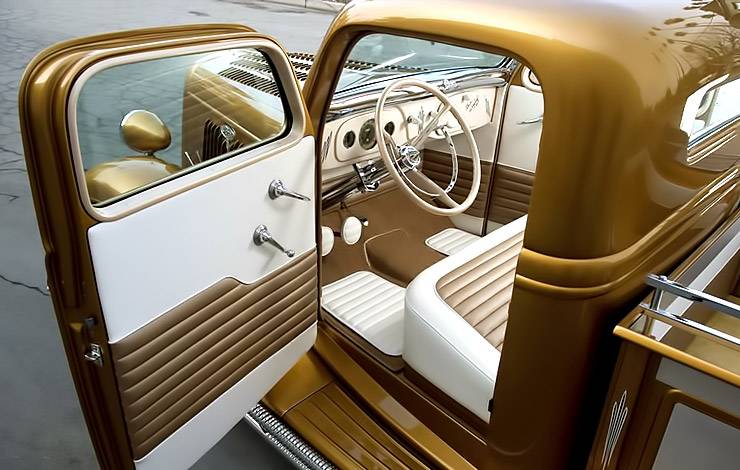 The last custom touch was the addition of the original “Winfield’s Custom Shop” plaques, which Winfield himself had supplied to the restoration team. The plaques were restored and bolted back to the bed rails that they’d graced nearly 50 years before. 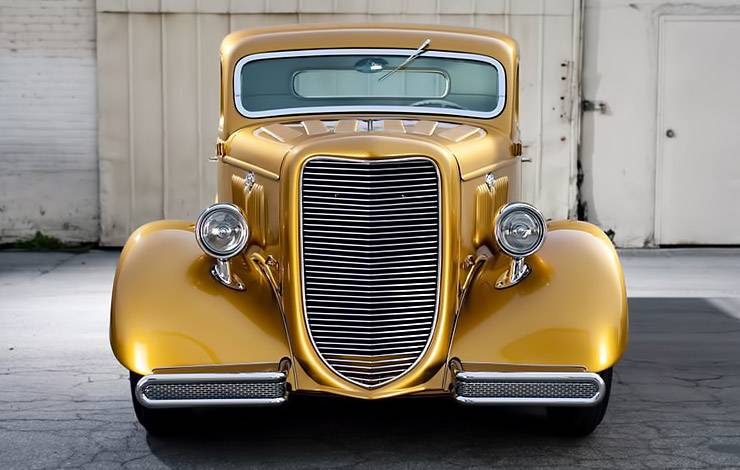 Eight months and 4,000 man-hours after they started the project, the team showcased the finished truck at the 61st Grand National Roadster Show in January 2010. Gene Winfield was there and added the finishing touch to his former shop truck—his autograph on the dash.

“When Gene saw the truck, he commented that it was never that nice when he had it,” said Hatfield. “He was delighted that we had done such a nice job.”