The seller’s market that existed in the immediate post-war period, leading right up to the banner year of 1955, had virtually evaporated.

The coin had flipped, creating a buyer’s market, with Chevrolet and Ford locked into a struggle to the death for sales supremacy. Throw into the mix a growing recession in 1958, and things were looking bleak for domestic independents Studebaker-Packard and American Motors.
– Nineteen fifty-eight was especially traumatic for AMC, having just made the decision, almost at the last minute, to kill the venerable Hudson and Nash models, but it sold incomparably small numbers, especially the unusual four-door hardtop station wagon with a paltry 294 units. The big seller in the Rambler Six line was the mid-level Super four-door sedan with 29,699 units exiting the Kenosha, Wisconsin, assembly line, but it was followed in second place by the Cross Country station wagon, with 26,452 cars produced.

And that brings us to our featured vehicle, a 1958 Rambler Cross Country station wagon. This two pink-and-black beauty is totally unrestored and unmolested – a time machine back to the time when most Americans liked Ike, even though the country was slipping into a recession named in his honor.
– 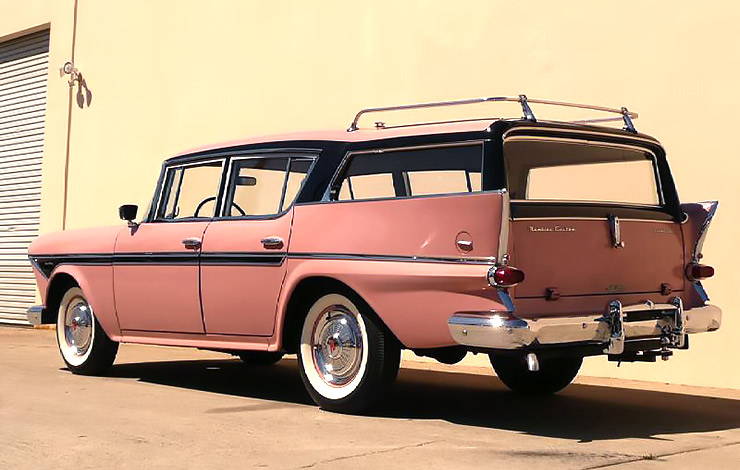 This particular car has a very interesting story, which explains why the miles are so low. It seems it was purchased new by Mr. Royal Presley Higgins of Ronda, North Carolina, at Watson’s Garage, a Rambler dealer in nearby Deep Gap, on the picturesque Blue Ridge Parkway. It seems Higgins was the owner of the local general store in Ronda, but according to local legend, behind the store he operated a moonshine still. 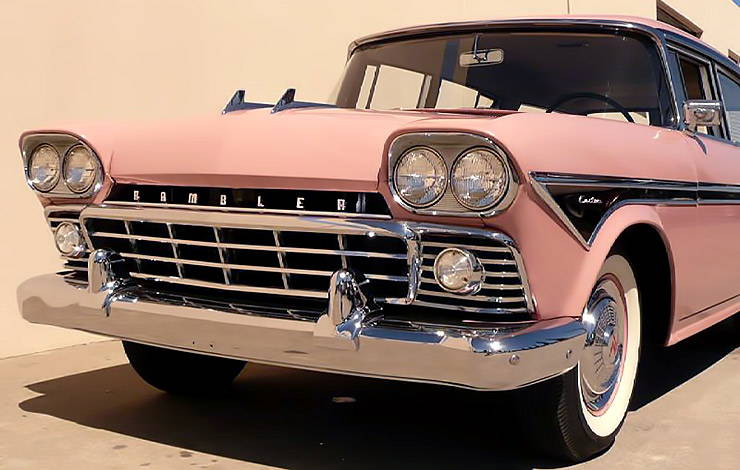 He reportedly went to prison twice for running the still, then passed away many years ago. The Rambler was left to his wife, but as she was elderly, she didn’t drive it much. After her passing, it was stored in their garage, to be discovered years later, in what can be characterized as “pristine, original condition.” 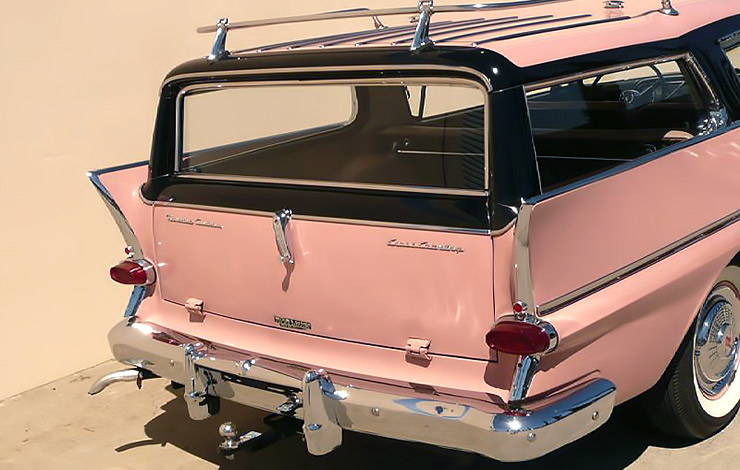 In September 2007, it was put up for auction in Concord, North Carolina, where it was purchased by Joe Petrel is of San Diego Classic & Muscle Cars in Escondido, California. The 195.6ci six starts up as if it were new and moves off smartly, winding through the gears of the three-on-the-tree manual transmission. With its advanced- for-the-time unibody construction – Nash was the first mass-produced automobile to employ this style of construction, starting in 1941 – the Cross Country remains tight and virtually rattle-free.


With a curb weight of 3,500 pounds and two aboard (the shipping weight was 3.079 pounds), the Rambler is no AMX, but with only 127 gross horsepower to move the metal, the station wagon had no trouble getting up to and maintaining freeway speeds of 70 miles per hour. We suspect Higgins was either frugal or there were no radio stations broadcasting locally in rural North Carolina back in 1958, because the Cross Country was delivered without the $90 AM receiver. Equipped with just the Weather-Eye heater ($72), two-tone paint ($16), wheel covers ($16), and reclining seats ($15), this Cross Country couldn’t have strayed far from its $2,506 base price. 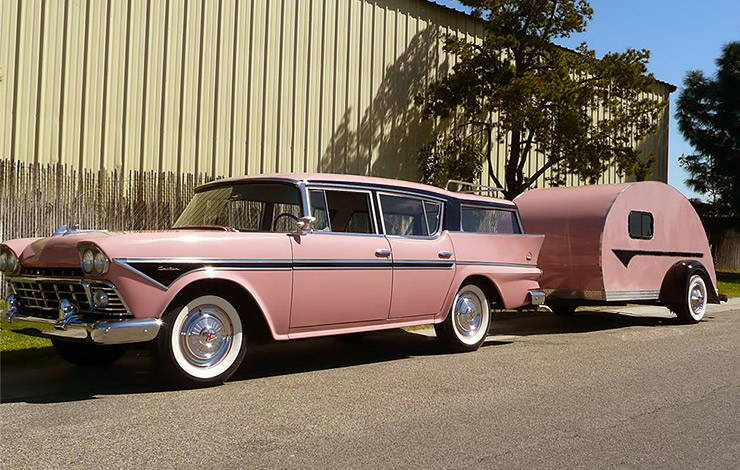 The main attraction of the interior, beside its as-new condition, is the reclining split front seats, which turns the cabin into a double bed. Reclining seats – long a Nash and American Motors signature item, and were available across all model lines long before they became commonplace on competitors’ cars – were the tag line in many stories of misspent youth. Our favorite is the one about the father who wouldn’t let his daughter date the son of the owner of the local AMC dealership. We wonder why. The small teardrop-styled trailer is part of the package. Although of recent construction, it closely follows designs for small, self-built trailers quite common during this period.
Together, the car and trailer make an excellent presentation.
– 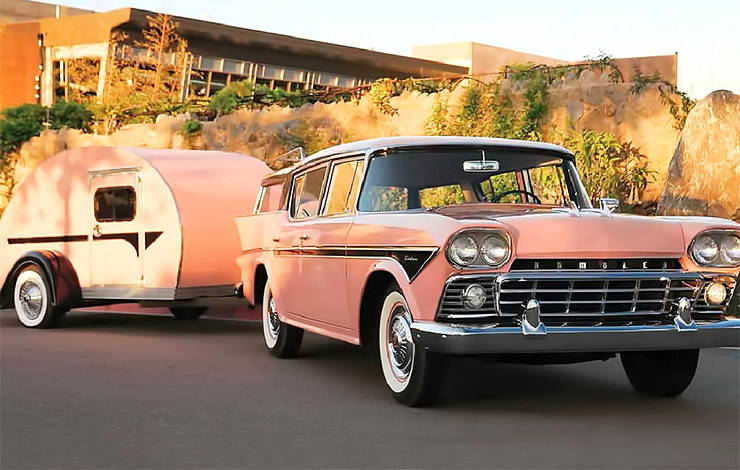