Ellen Sager, 43, was driving down a road in Howell when – bam! –  she hit a deer that had crossed her path with her SUV. The deer took off, or so the woman thought.

Sager could not have predicted what was to come next. A police officer who happened to be driving by caught the whole thing on his dash cam.


Just as Sager opened opened the door to check out the damage to her SUV, the deer suddenly charged back across the road towards her vehicle, pinning her inside.
“He was determined to get in that car. He was mad. He was mad,” Sager said. “Yes, he was trying to get in, to get me.”
– 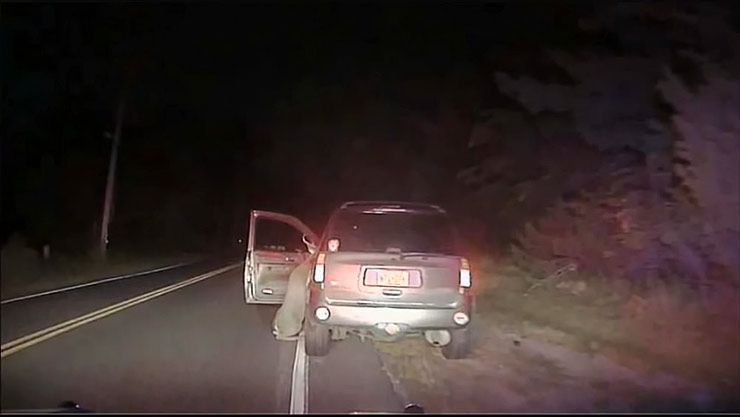 “I’ve never seen anything like it. I’ve lived in this town my entire life and never seen or heard anything ever like that,” patrolman Nicholas Austin said. “I’m glad that I did see it because if I didn’t, I probably would have never been able to believe that it actually happened.”

“In what appears to be a scene from a cheap comedy, Sager physically struggles with the rather large deer and has to kick the deer out of her vehicle and quickly close the door to keep it out,” Howell Township police wrote in a news release.

Sager suffered a minor knee injury, while sadly, the deer died of its injuries shortly after.
Next time you hit a deer, stay in the car and call for help. You never know which deer you can trust.