According to the person who uploaded the video, he and his friends were riding their dirt bikes when one of the spokes of his friend’s wheels suddenly broke off. 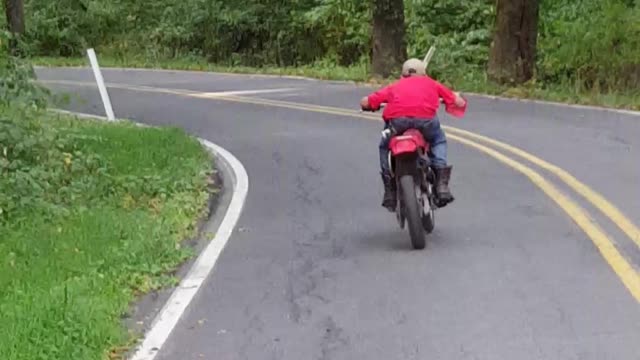 A bunch of friends were riding their dirt bikes around Oley in Pennsylvania, USA, when one of the bikes had a mishap and the most hilarious thing occurred! The person who recorded this video says “I was hanging out with friends riding our dirt bikes when one of my buddies wheel spokes had snapped and he continued to drive it down the road.”

In case you are not familiar, a spoke is one of a number of rods from the center of a wheel, connecting the hub with the rim and tire. The design requirement is to remove as much material as possible from the wheels without compromising the strength of the wheel as this supports the weight of the vehicle. That is why wire spokes are thin but many, in alloy wheels a spoke of a square inch may be enough to support the weight of the vehicle. This guy, however, might need an entirely new bike, because that is beyond repair! 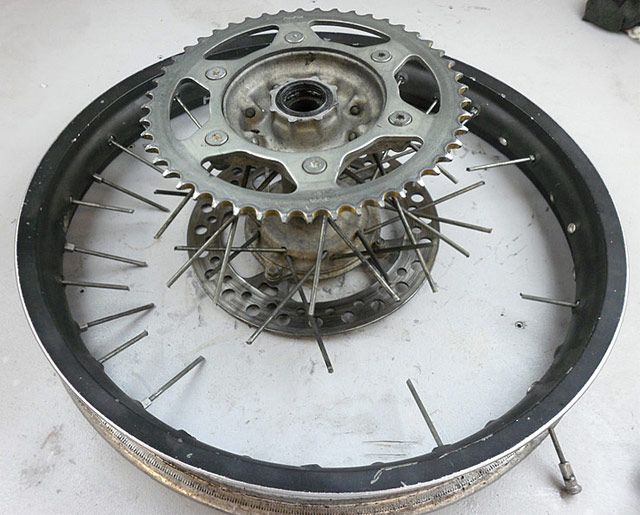 Did you hear the camera person’s voice during this hilarious clip? You cannot help but to laugh when hearing it! They seemed amazed that the bike even managed to ride down the road, albeit it was one bouncy ride! Obviously broken and dangerous, most new riders would stop. Not this guy – he keeps riding it. No helmet, no gear…

None the less, this is one hilarious video that you will not want to miss.