Sometimes, the minimalist approach is best. We can say that in this case.

At a snow drag race in Michigan you are about to see the classic drag battle between a truck that was built and the truck that was bought. The event is called the Griztek Snow Challenge, is held every year in March in the state of Michigan at the ski resort.
– 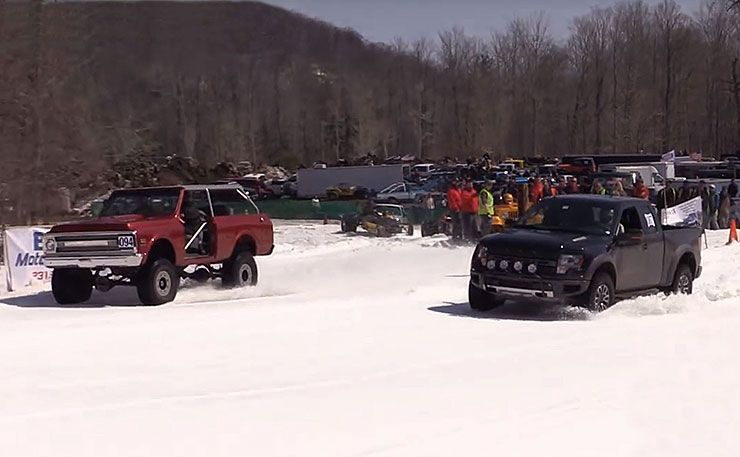 There are several ongoing debates that are underlying in this video: “Chevy vs Ford”, “Built vs Bought” and “Old vs New” are just to name a few of them.

While neither of these battles will ever end, we bring to the table some evidence that may help, if you’re a proponent of the correct side of the issue, that it.
–
So, here we have a Ford Raptor racing on snow against a classic K5 Chevrolet Blazer.
The rules of the race are simple: the first one that gets to the top of the hill is proclaimed the winner.

I wonder how many hours and how much money were put into that old Chevy Blazer. This owner of the Raptor, on the other hand, just went to the Ford dealership and drove off with the truck in the same shape.

Check out the video below as a classic Chevrolet Blazer and brand new Ford Raptor square off in an all out uphill race to the finish line. Enjoy the view!