Just another day on the strip, only this time there is a plot twist!!!

When drag racing gets serious, sometimes big money gets laid on the line in addition to bragging rights to see who is crowned the king of the streets.This time, $1000 is on the line as a Chevrolet Chevelle and Chevrolet Camaro that mean business line up to throw down on the street and drama unfolds afterward!


The Chevelle clearly has the Camaro beat, but that’s not the end of it. Big Matt seems not to want to pay up, almost resulting in another showdown Rocky style. When it comes time for the loser to pay the winner, things don’t go as planned as the loser refuses to give up the winnings!
– 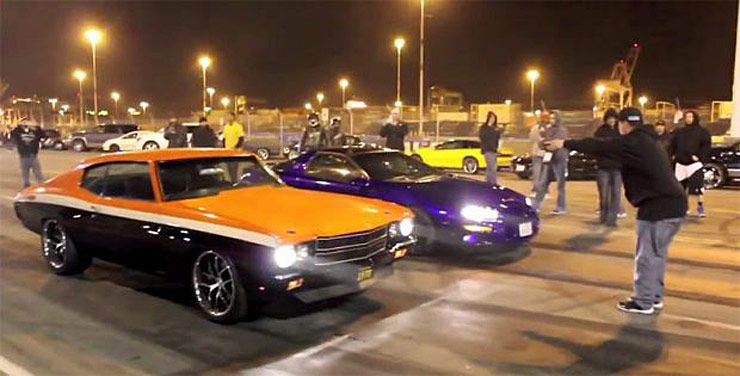 Things get super heated and there are some moments where you think all h%ll is about to break loose but the track security handles it before something crazy happened. This is why its best to keep the bets friendly!

At the end of the video, Sean is still clearly mad about the situation but is more interested in celebrating the win. It clearly shows the emotion, time and effort which goes into building these cars and eventually racing them.