The famous flat-four cylinder, 999cc GL1000 Gold Wing was released at the Cologne Motorcycle Show in October 1974 and was a hit. 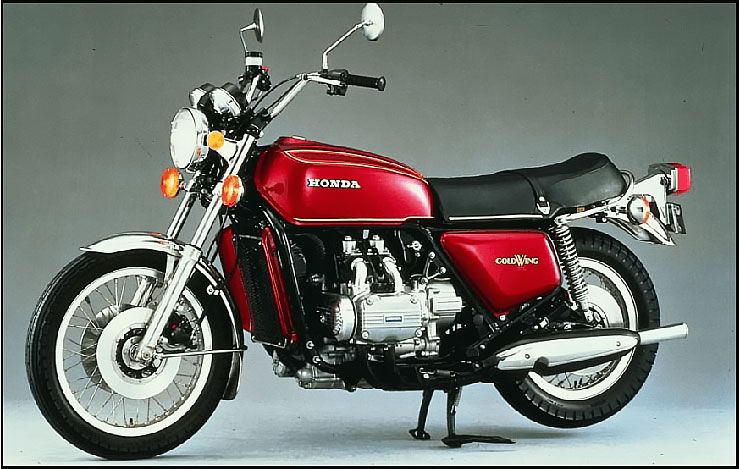 I was still in mechanic’s school when the GL1000 was announced. Still in my mind’s eye I can see the artist’s rendering – a machine to top the wonderfully capable CB750 that had so devastatingly upset everyone’s perspective of their Triumphs. (What, a machine that doesn’t require the skills of a machinist to own?!) And now Honda, it was said, was poised to top even that. Would it even be a Z1 beater? Had to be. Man, look at that engine! And two brake discs! And liquid cooling! Exotic!

I don’t think most of us appreciated how unsporting the inaugural Wing was until we saw her in the flesh, so successful was Honda’s advance propaganda. But we were far from disappointed. Maybe not King of the Hill, but certainly the uncontested Queen of Motorcycling, and as impressive, and capable, utterly reliable, smooth and fast, and somehow bold and at the same time refined, in that unmistakable Honda way. And quiet? One of my strongest memories of 1975 to this day is that understated turbine-like engine/exhaust whisper. You could hardly hear this motorcycle. And what you did hear was otherworldly.
– 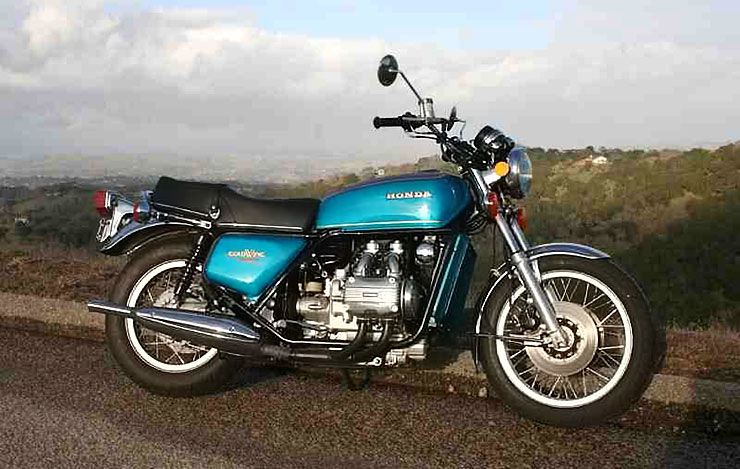 I didn’t see much of the lady either, as my first Honda dealership was in a neighborhood full of mostly CB450s, whose gearboxes I dutifully repaired as my 21st birthday approached. However, by my second shop, my acquaintance with Honda’s beautiful and already legendary motorcycle began in earnest! My Service Manager rode an immaculately-kept completely stock three-month old candy red, the first one the shop had got in. Not even a windscreen. The man fit the machine. 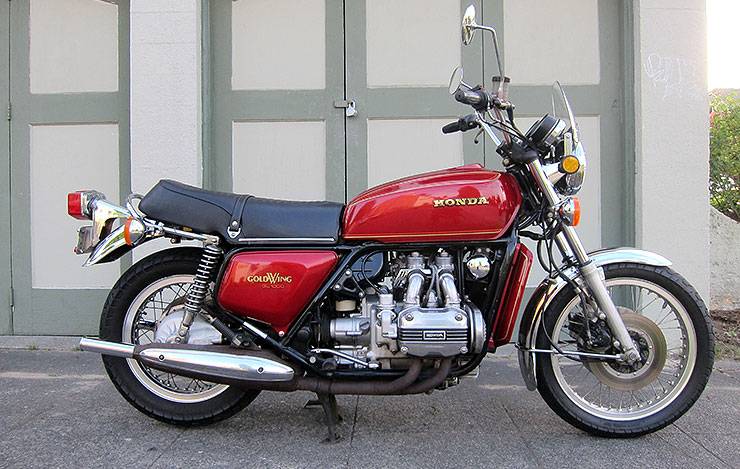 Like a cat, he was almost effeminately obsessive in his appearance and not surprisingly equally fussy about keeping his pride and joy’s carbs synced, the machine so quiet he could ride right up behind you without you knowing it (remember him doing that at the donut shop some weekday mornings) and he shortly to teach me the same carburetor skill. And ride it he did, in a manner adjudging the machine more a powerful yacht than a stately steamer. Boy, that bike made my B44 Shooting Star seem like a civil war artillery piece by comparison! The San Fernando valley dealership naturally had a veritable community of GL1000 riders as customers in those days, so my apprenticeship was rapid, my appreciation for the Dame equally as quickly cultivated.

By 1977 I had become as familiar with the GL1000 as I had been 450s and 750s, what with the tune-ups, wreck repairs and warranty crankcase replacements that come to a large metro area dealership. By the time the 1100 appeared I was to have amassed over 100 credit units of factory Honda training, as well as a brief stint at corporate Honda, and although the technological marvel of such machines as the 1100F, CX Turbo and Sabre 750 stole everyone’s hearts, I still had a warm place in mine for the Queen, the stately regal Mother. Dignified yet approachable. Classy, not ostentatious. A lady. 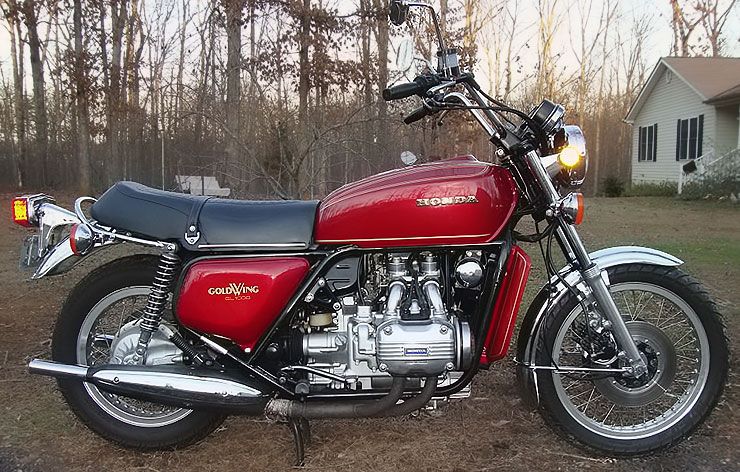 I’m almost 60 now and still hugely admire the GL1000. I have probably forgotten most of what I thought I knew about servicing the now classily beautiful Grande Luxe, or at least my hands have, if not my heart. I still however proudly own the factory ring compressors, and the factory aluminum crankcase spacers used when assembling Her Majesty’s engine cases. Tokens of my apprenticeship, I seem unable to give them up. And I still feel a thrill when I handle a set of those early carburetors; somehow the years drop away, and I like the fabled alchemist am eager to once again turn lead into gold (GL1000 carb bodies are rich in zinc, a metal with similar properties to those of lead). I still have the once-coveted carb spec books, little-known pocket-sized books Honda produced expressly for use by career Honda mechanics. I still remember how to coax that automotive-derived engine into giving its best, all the secrets, hard-earned in the trenches but mostly secrets no longer thanks to the viral power of the Internet. And this is as it should be.

The astonishment however hasn’t faded. Nor the excitement. The elegantly refined machine still beckons to lovers of mechanical beauty. She is still the Queen. The Grand Dame. May she live long and acquire even more admirers.