We are proud to feature one of a kind Nash Motorcycle: the Nash Looky Looky bobber. 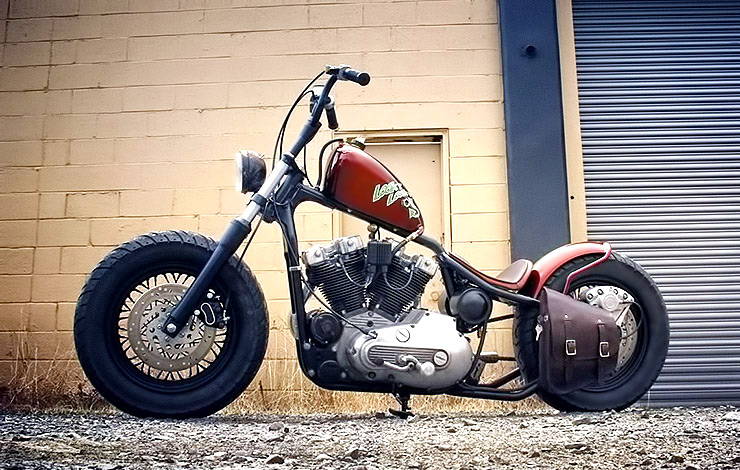 The Looky Looky chopper has a classic look, that has a large influence from hot rodder Ed Roth as well as having a large influence from the early 60′s style Bobbers and Hot Rods.
–
The Nash brothers, Taber, Trent and Teddy are known for building bobbers and choppers that are simple yet very full of detail, they are also known for being sleek and clean. Their Looky Looky bobber is one of the best examples of their famous building style. Looky Looky looks like a simple bobber from a distance but when you take a closer look her small details stand out and can be noticed.

She is powered by a 1000 cc (61ci) Ironhead engine that came out of a 1974 Harley-Davidson Sportster. The Ironhead has been rebuilt and has been modified for more performance. The stock carb was replaced with an S&S Super carb for more performance, a Velocity stack was added to the carb to help bring in more air and the stock exhaust was replaced with a set of custom ceramic coated pipes. 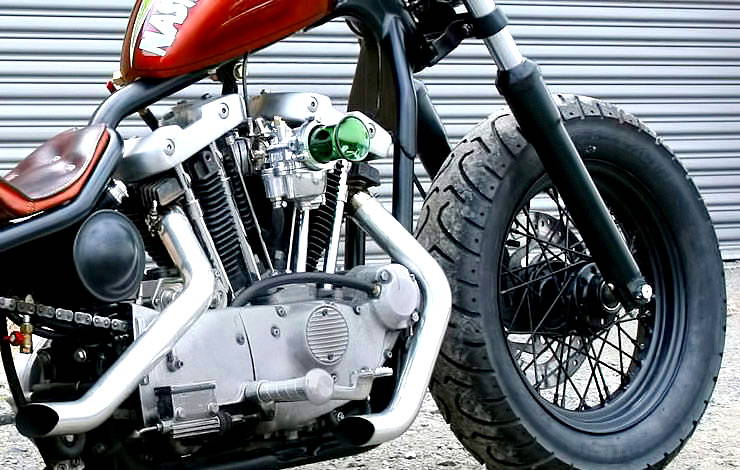 The bobber is built around a sportster frame which has been converted to a hardtail configuration, chopped and it has been extended. The front end of the bike is a set of forks from a vintage Harley-Davidson Wide Glide, these forks have been polished and extended to increase the length of the bobber. The frame of the bobber sits on a set of 16” inch wheels on both the front and the rear.

Unlike most choppers which have forward controls, Looky Looky has mid controls. The reason for having mid controls is that give the rider more control of the bike while cruising at high speeds. The further help with control a set of custom “Looky Looky” handle bars are used to steer the bike. 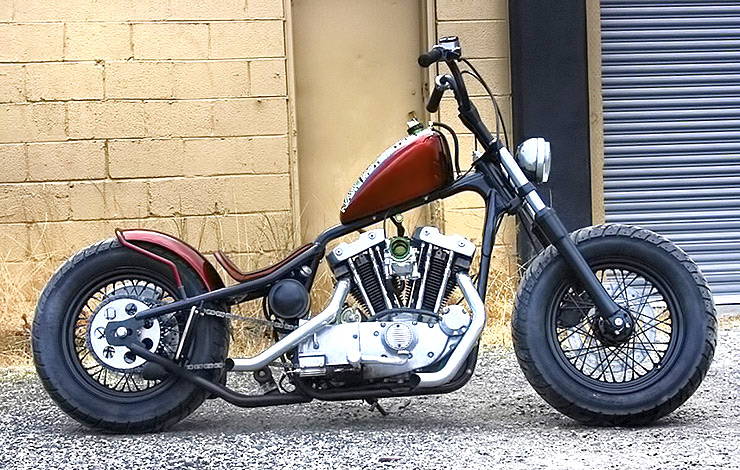 While looking at the pictures you probably have noticed that Looky Looky has a very clean paint job that happens to have a personality! You may have noticed that her paint job is simple, yet it is witty and it stands out in a crowd. However, you may have not noticed at first glance is that this paint has several hidden details such as Metal Flake green paint with white pinstriping. Another detail you may have missed is the Gas tank with glass fuel gauge and the rear fender outlined with black pinstriping. 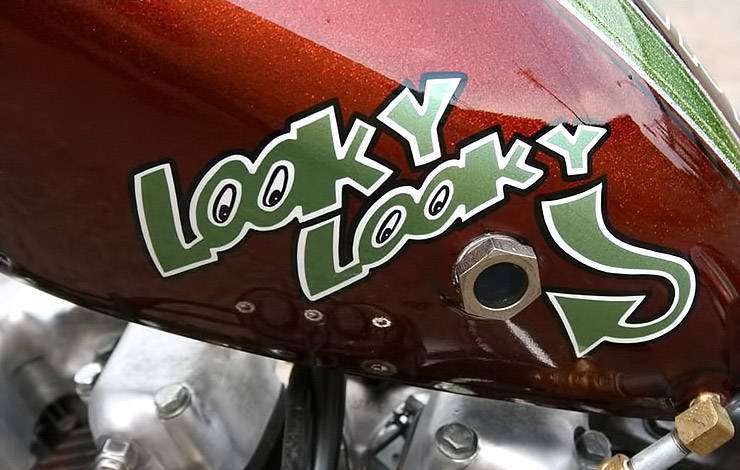 The Looky Looky Bobber is one of the nicest bobbers that the Nash Brothers has ever built! They were able to build a bobber that is simple, yet is still able to stand out in a crowd!
Simple and Clean, yet crazy and wild! 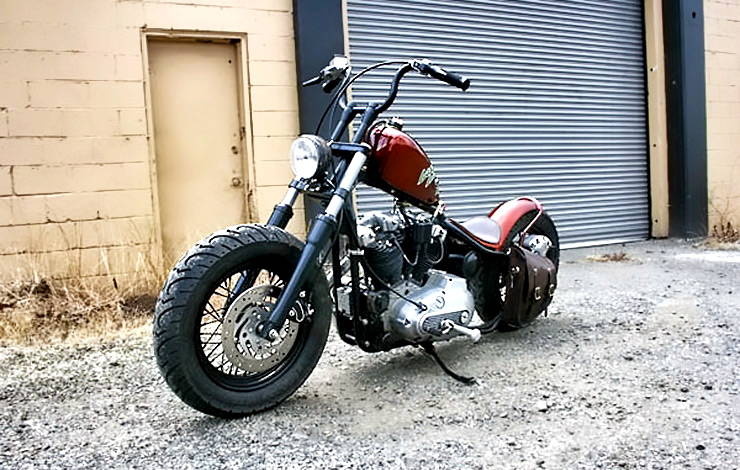