With awesome color combos, flathead V8 power and a touch of custom flair, this 1953 Mercury Monterey is a truly distinct and attention-grabbing cruising classic. 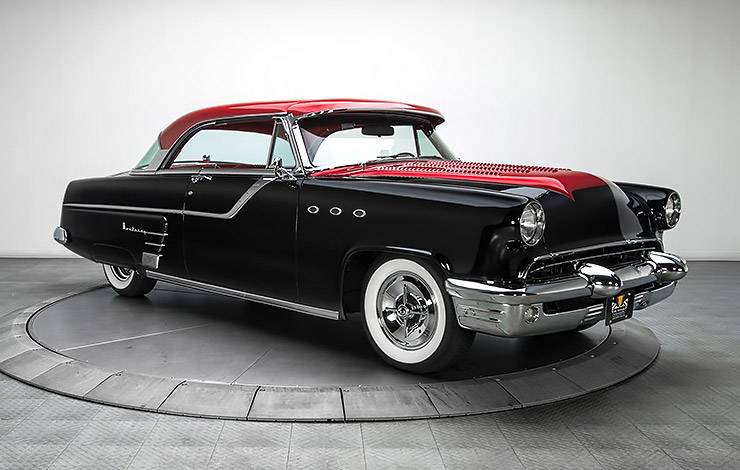 This kustom Mercury has plenty of features to keep your eyes darting about its beauty, flair, and sheer power. Slicker than your average, the car was purchased back in 2008, fully restored.

The profile of this Mercury is clean and pristine, which was meticulously block-sanded and sprayed with a Ford Red Candy Metallic and Jet Black 2-stage paint scheme.
– 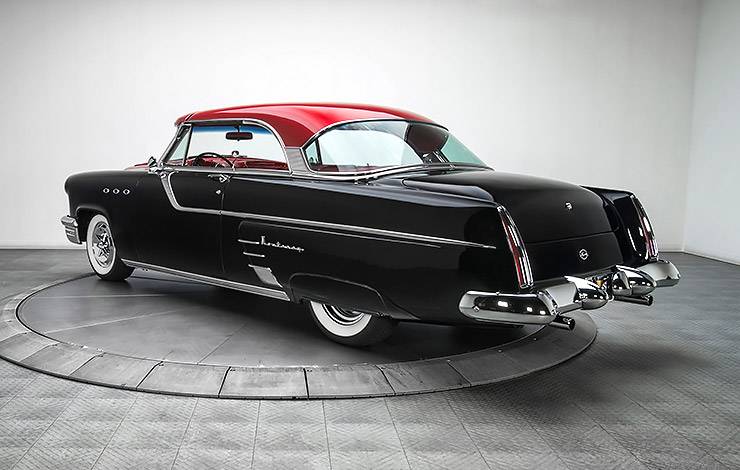 Borrowing several aesthetics from different classics, this Mercury is essentially a Frankenstein build whose appearance turned out for the better. The front end features frenched headlights, and a hood from 1950 Ford that was nosed and louvered, adding a sleek and aggressive touch to the overall package.
– 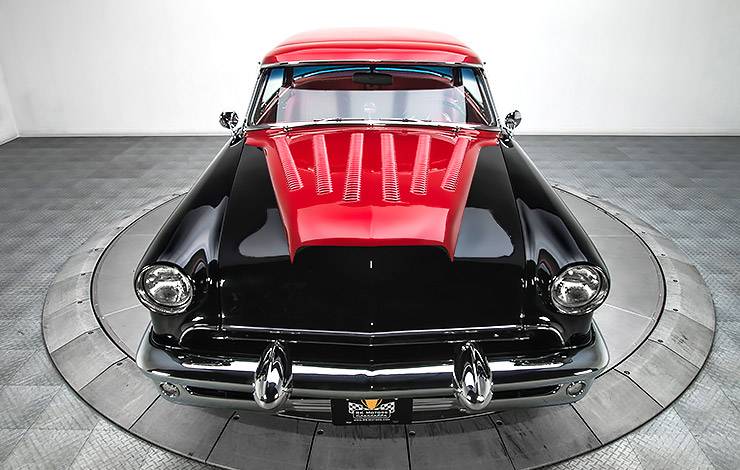 Under the hood lay a 350 cubic inch ZZ4 crate engine supplied by a coated Holley carburetor, which is sandwiched between an Edelbrock Performer intake and polished, transverse air cleaner, that twists stout 10 to 1 compression into 355 horsepower and 405 lb./ft. of torque. Behind that mill, a tough 700R4 4-speed features an adjustable lock-up converter. 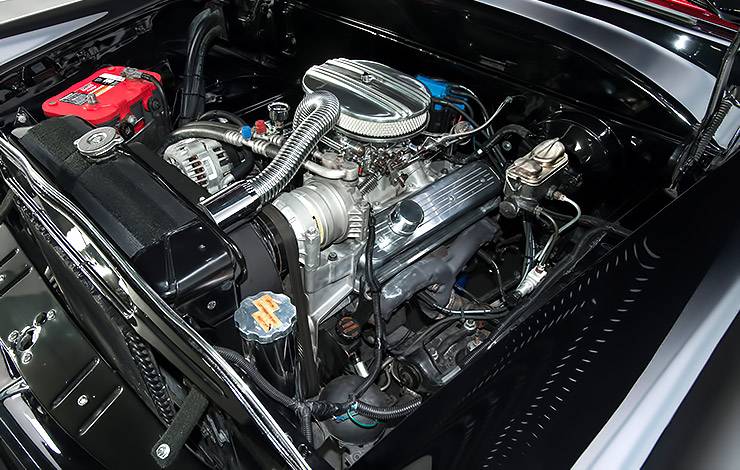 Like its solid mechanicals and striking body, this Monterey’s interior is an eclectic mix of bests. It uses top-notch components from some of the best names in the business to create a unique kustom that mixes killer personality with awesome curb appeal. 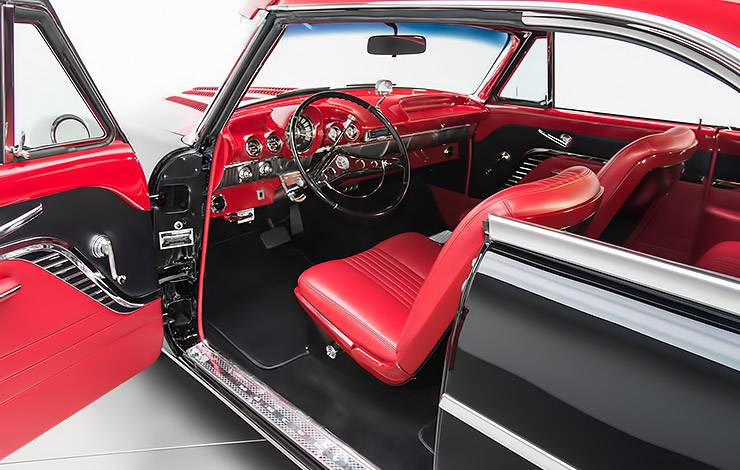 This frame-off built 1953 Mercury Monterey is clean, mean, and ready to be driven and seen. A kustom in the truest sense of the term, this excellent-looking Merc walks a fine line between traditional street rod swing and outrageous SoCal flair. 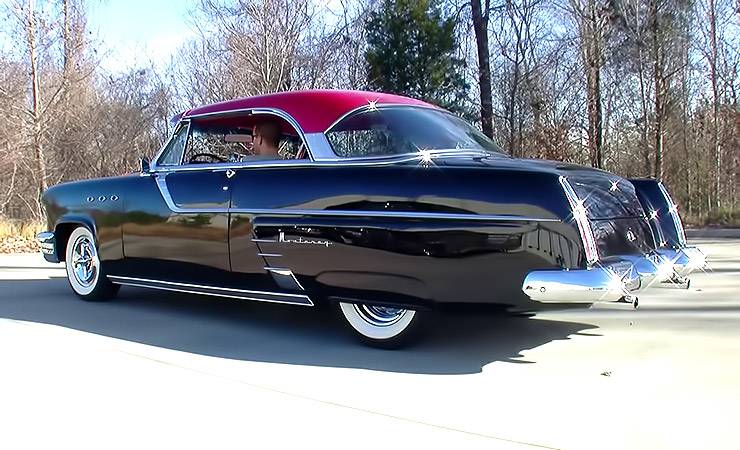